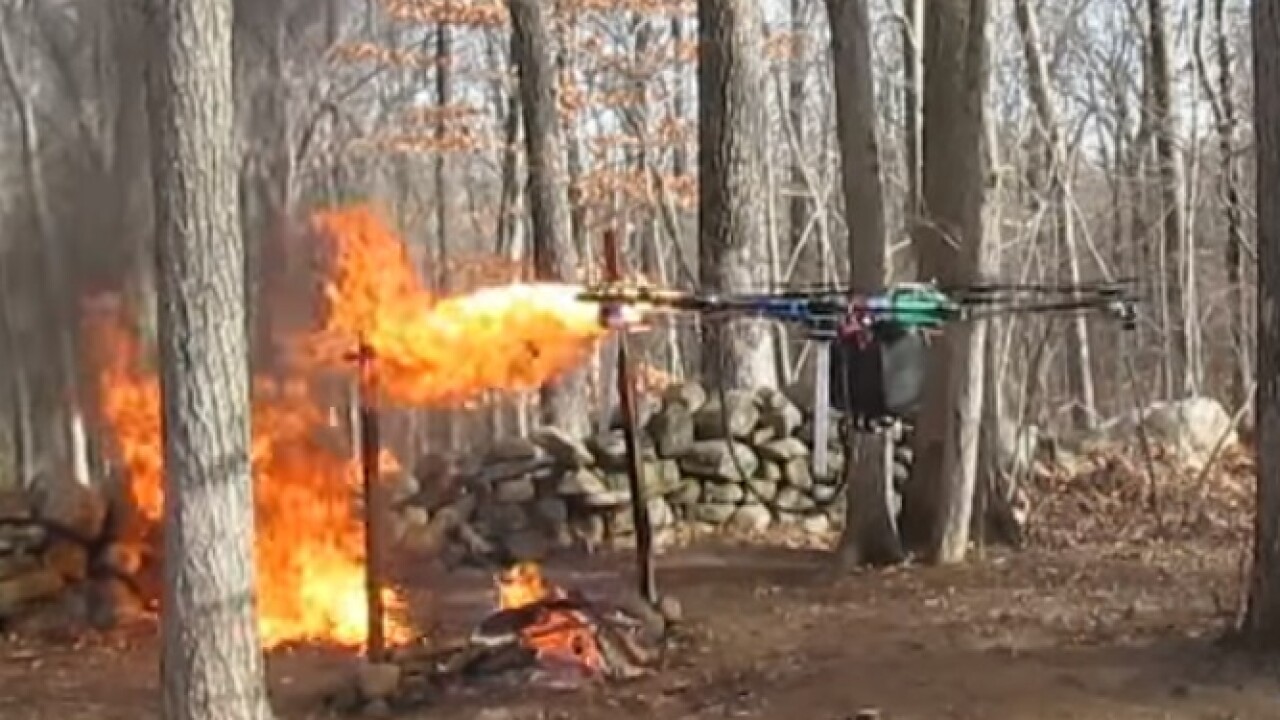 CLINTON, Conn. — The Connecticut teenager who posted a video of a gun-firing drone to YouTube is getting clicks again.

Austin Haughwout posted a video titled “Roasting the Holiday Turkey” to his YouTube channel, Hogwit, earlier this week. The video shows a drone with a flame thrower attached to it cooking a turkey over an open flame.

WFSB reported the video has been viewed more than 70,000 times as of Wednesday night.

A video of a drone firing a gun posted by Haughwout to YouTube led to an investigation by Clinton police, the Federal Aviation Administration and the Bureau of Alcohol, Tobacco, Firearms and Explosion.

In that video, the drone fires four shots.

Police previously told WFSB armed technology such as the one in the video is typically reserved for military operations.

On Wednesday, police said they are investigating the matter.

Haughwout was charged with assaulting an officer in July after he was found in Henry Carter Hull Library. He told the officer that he was trying to use the WIFI.

However, that is not Haughwout’s only brush with the law. Last year, Haughwout posted a video of a drone where he was involved in an altercation with a woman at Hammonasset Beach in Madison. The woman didn’t want to be recorded by the camera-carrying drone and appeared to have been caught on camera attacking him. The woman was accepted into a rehabilitation program.