The White House goes dark (chocolate) for the holidays 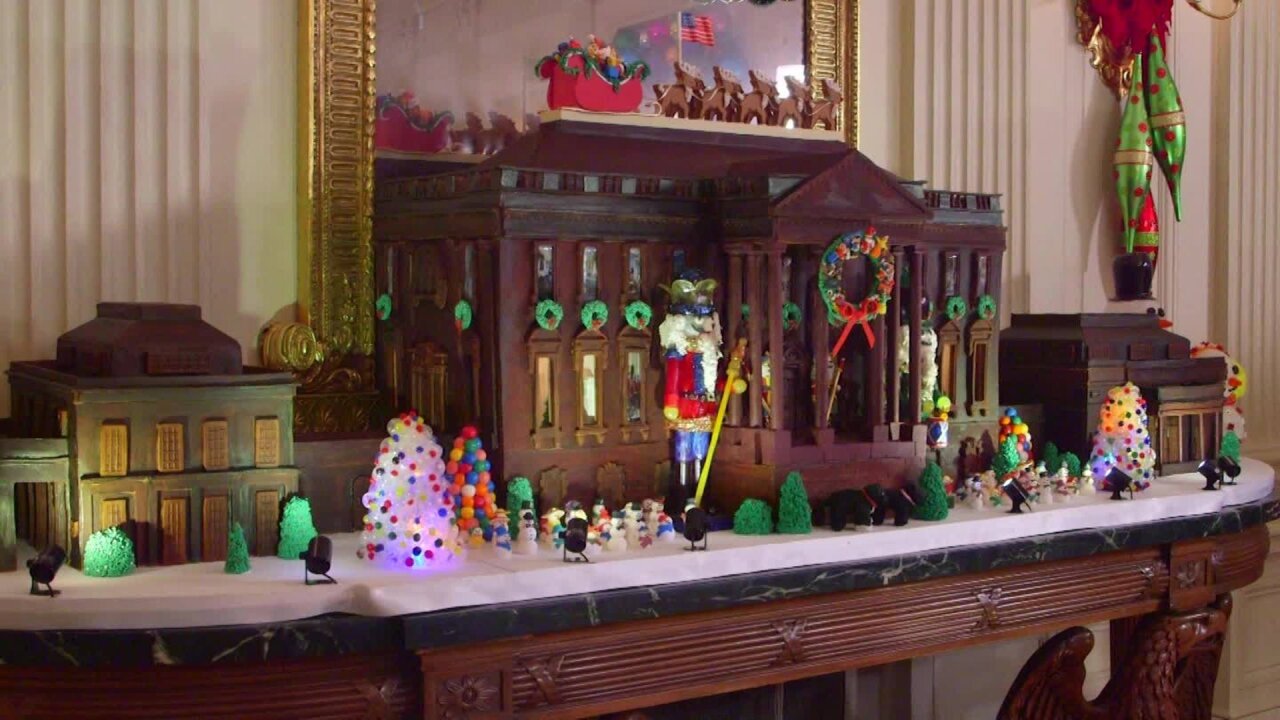 Designed and built by Executive Pastry Chef Susan Morrison and her team, this year’s model — featuring both East and West Wings for the first time — sits in the State Dining Room surrounded by vintage nutcrackers.

WASHINGTON — Stressed about the number of guests you’re hosting this holiday season? The White House may help put things in perspective for you.

According to First Lady Michelle Obama’s office, 1600 Pennsylvania Avenue is expecting more than 68,000 guests during the holiday season.

This week, the First Lady unveiled the decor that will greet those guests as they make their way through the East Wing. This year’s theme, “A Timeless Tradition,” is meant to reflect “long-held traditions cherished across America,” according to a release.

One of those traditions is the White House gingerbread house. Designed and built by Executive Pastry Chef Susan Morrison and her team, this year’s model — featuring both East and West Wings for the first time — sits in the State Dining Room surrounded by vintage nutcrackers.

Perhaps the most striking thing about this year’s gingerbread house is that it isn’t white. While some of the more stunning iterations have been covered in white chocolate, this year’s creation was made with dark chocolate.

The structure was made out of 150 pounds of dark chocolate and more than 250 pounds of gingerbread. An estimate based on USDA data puts the calorie count at more than 775,000. In other words, enough to feed someone on a 2000-calorie a diet for more than a year. That’s before the 25 pounds each of gum paste, sugar work and icing that serve as decoration. Overall, the entire structure weighs about 500 pounds.

Models of Sunny and Bo, the Obama family’s dogs, stand guard outside the residence with sugar nutcrackers. The candy Secret Service cleared Santa for landing on the roof, where his sleigh and reindeer perch in a place normally occupied by security.