‘You like that?!’ Redskins QB Kirk Cousins raises $41,000 for charity with T-shirt 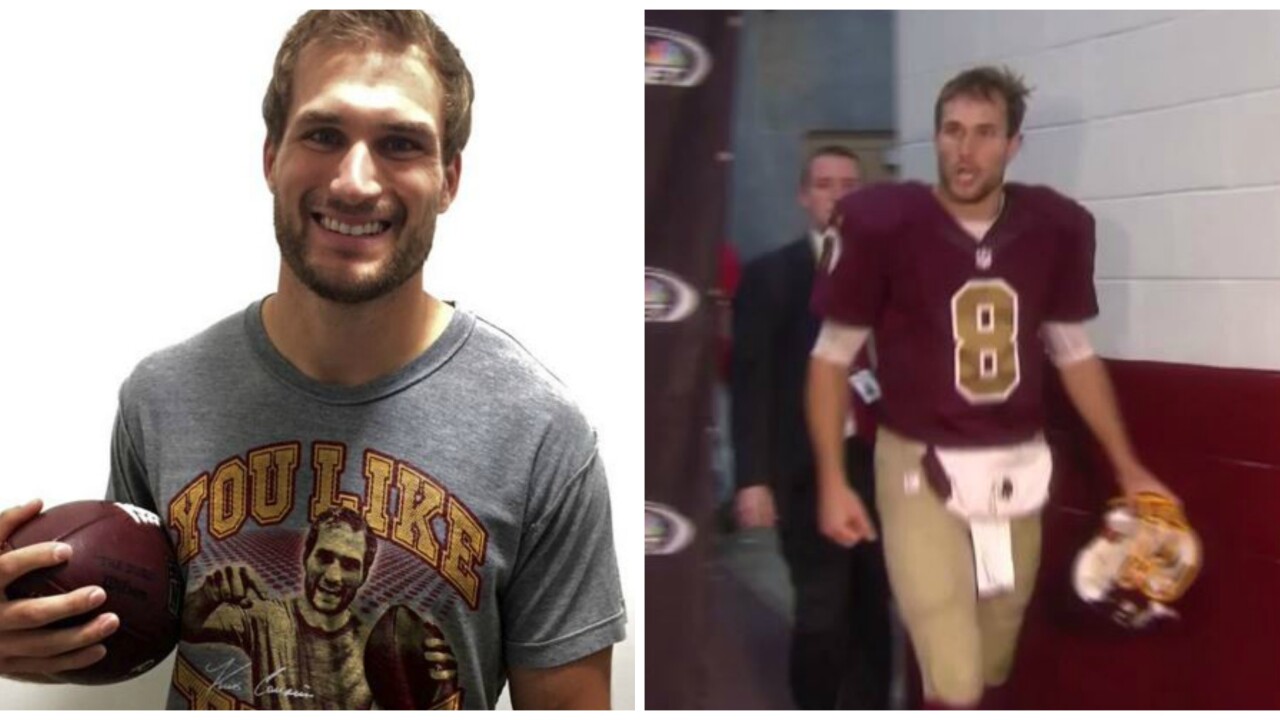 WASHINGTON — The phrase that Washington Redskins quarterback Kirk Cousins made famous has now raised $41,000 towards charity.

Cousins shouted the phrase, “You like that?!” in celebration after the team’s historic 31-30 comeback win over the Tampa Bay Buccaneers on October 25. The team trailed 24-0.

The fiery phrase quickly caught on among Redskins fans.

Cousins decided to make T-shirts of the phrase and donate some of the proceeds to charity. The shirts went on sale for $22.99 on Oct. 27 to Nov. 9.

Tuesday Cousins tweeted T-shirt sales have raised over $41,000 after selling 4,473 shirts. The sales shot past the campaign goal of 500.

Thanks to all of you Redskins fans purchasing "You Like That" t-shirts, we were able to donate over $41,000 to @… https://t.co/R7MnQA0GIq

The $41,000 is going to the International Justice Mission to support ending violence and oppression of the poor worldwide. Cousins said this donation will cover the cost of “six rescue operations of slaves as well as their immediate and long-term aftercare training.”

Despite the ending of the T-shirt sales, the phrase, “You like that?!” doesn’t seem to be going anyway. Cousins and teammate Chris Baker repeated the phrase after the team’s Sunday win over the New York Giants, putting them in first place in the NFC East with a 5-6 record.