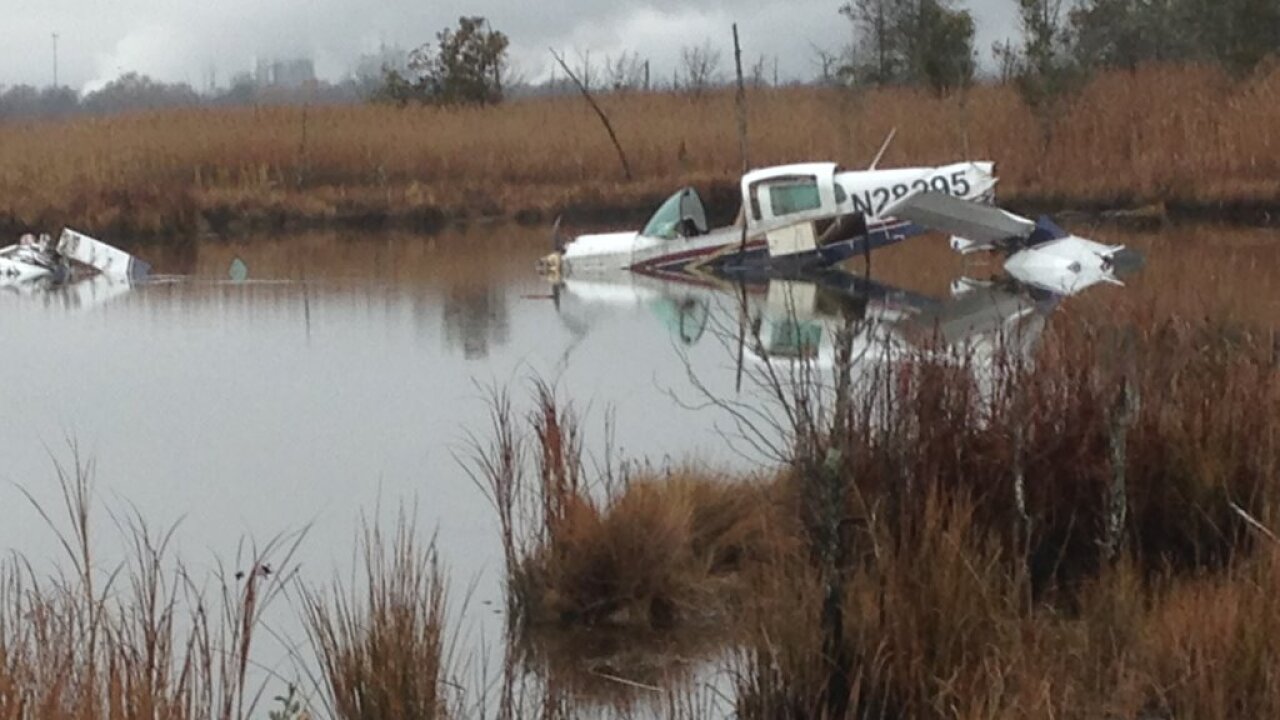 The pilot, Christopher Stasser, was the only person on board when the plane when down. He was not injured.

Stasser was on his way to Jamestown from Fort Meade in Maryland and was rerouted due to weather.

The FAA and the NTSB are investigating what caused the crash.

The FAA planned to tow the plane away Wednesday night.