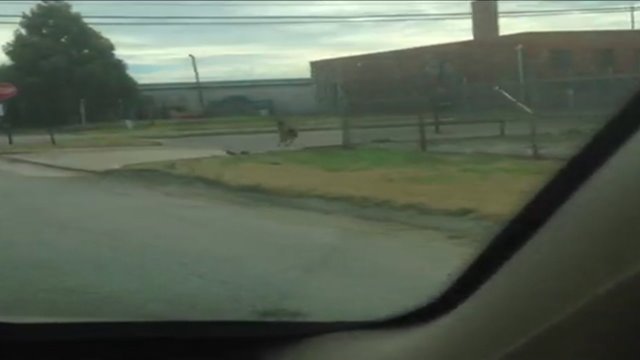 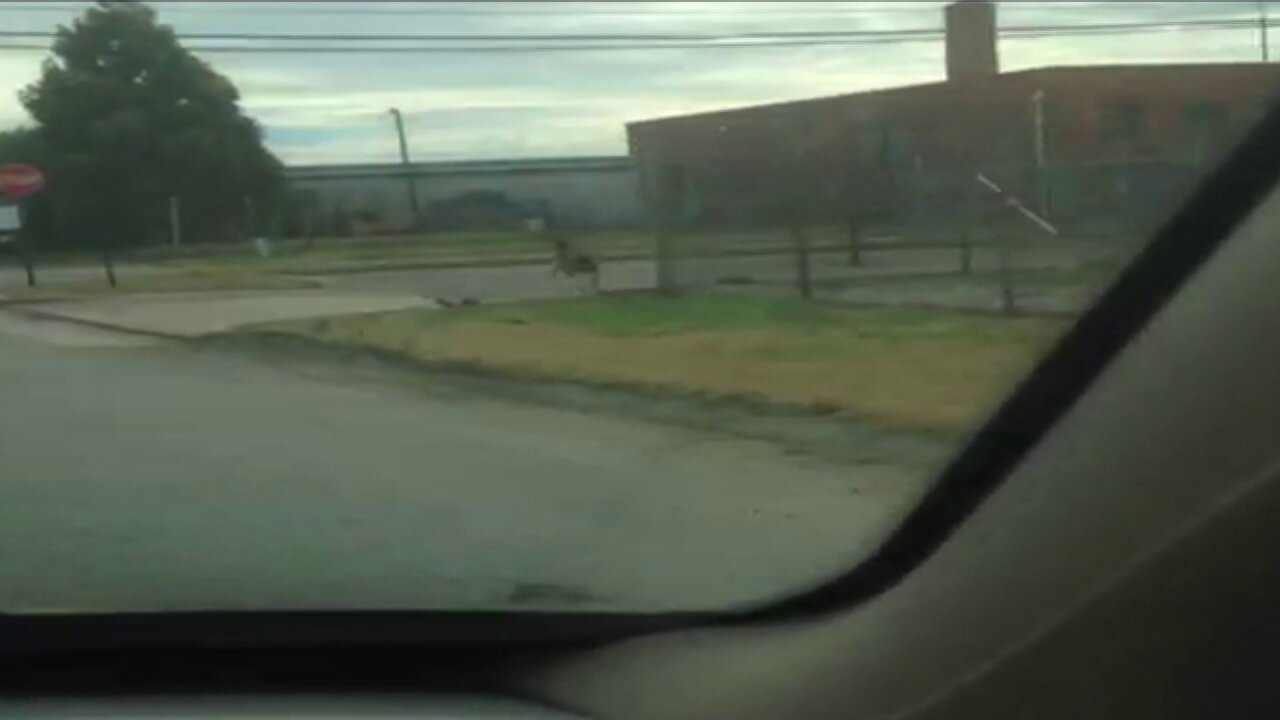 RICHMOND, Va. -- A frantic deer was caught on camera trying to escape a busy Richmond intersection over the weekend.

This is the latest in a string of encounters involving wild life and busy urban environments.

Cell phone video was taken in Manchester Saturday shows a deer bolting through an intersection on  Commerce Road. The animal even tries to clear a chain-link fence.

In October, police caught another deer after it frantically ran through Short Pump Town Center and slammed into a parked car.

And earlier this year, police said a deer was trying to cross the road and ended up smashing through a storefront on Mechanicsville Turnpike

Experts at the Richmond Wildlife Center offered advice about these wildlife encounters in the city.

“If an animal is looking stressed and they are confused, the best thing to do is just slow down and make sure that bystanders are not standing around and stressing that animal out more,” Melissa Stanley said.

And she said that heightened stress can be deadly.

“The number one killer in wildlife when they come into a captive environment -- and when there is human-wild animal interaction -- is stress so the best thing you can do is stay at a distance, keep out of their view,”

Stanley says the Richmond Wildlife Center treats hundreds of animals every year that are found in city limits.

If you see a deer frantically running through the city, slow down.

“They are usually in a herd of more than one, so when you see across the road ahead of you, slow down, because there may be more about to cross the road.”

Wildlife experts warn you should not follow or chase a deer if you see one running through the city. The best thing to do is to leave it alone. If you see a deer or another wild animal in pain call 911 or animal control.