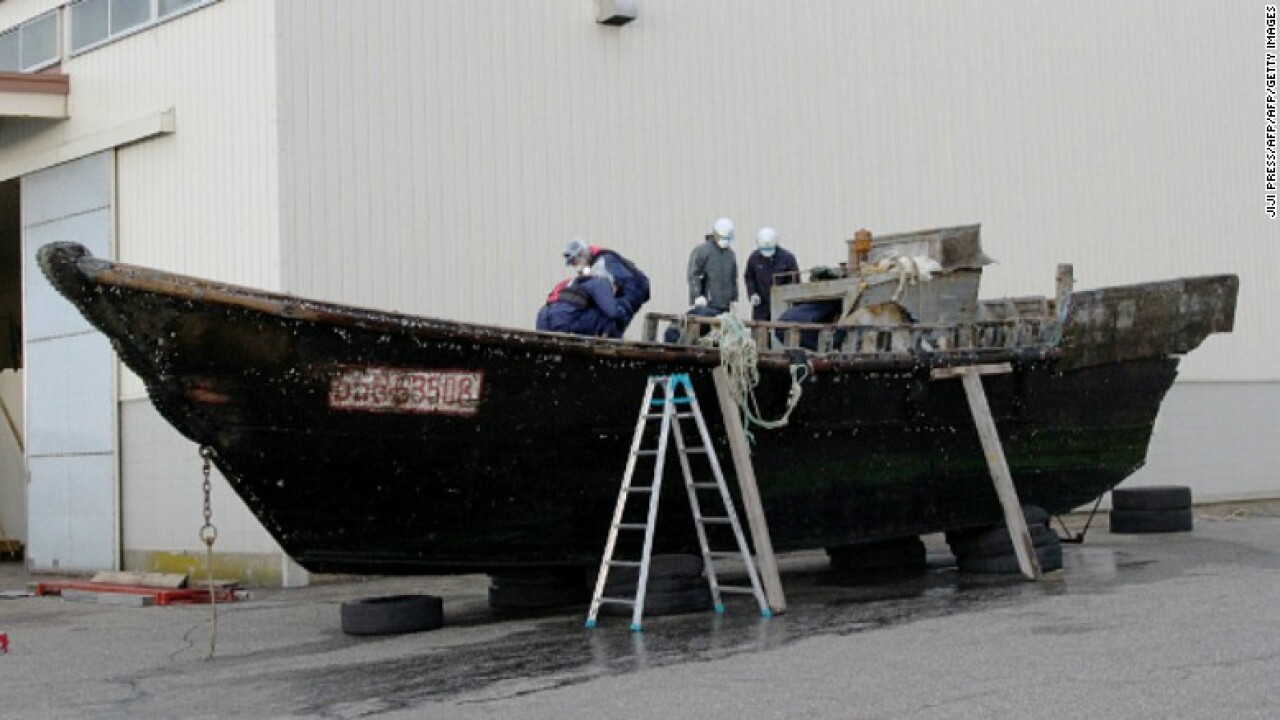 An unsettling mystery has washed up on Japan’s shores.

Over the past two months, at least eight wooden boats have been found in the Sea of Japan on or near the coast, carrying a chilling cargo — the decaying bodies of 20 people, Japan’s coast guard told CNN.

All of the bodies were badly decomposed and “partially skeletonized” — two were found without heads — and one boat contained six skulls, the coast guard said. The first boat was found in October, then a series of boats in late November.

Coast guard officials are now trying to unravel the riddle of where these ghostly boats came from and what happened to those on board.

Their best guess so far is that the ships are from North Korea.

One clue pointing that direction is Korean lettering on the hull of a boat containing 10 decomposing bodies, one of three boats which were found adrift off the city of Wajima on the west coast of Japan on November 20.

Another clue could come from a tattered scrap of cloth found on one of the boats, which looks like it could be from a North Korean national flag, Japan’s biggest broadcaster NHK reported.

“There’s no doubt that these boats are North Korean,” John Nilsson-Wright, head of the Asia program at the Chatham House policy institute, told CNN after looking at pictures of the boats.

Wright added that the lettering on the boats he looked at is Korean — or Hangul — text and the “primitive” boats and reference to the Korean People’s Army makes it “very logical” to assume the boats are from North Korea.

Yoshihiko Yamada, a maritime expert, told NHK that the vessels bear a “striking resemblance” to those used by defectors from North Korea.

He gave a possible explanation for the fleet and its deathly crew arriving on Japan’s shores: “(The boats) are made of wood and are old and heavy. They can’t travel very fast and the engines are not powerful enough to turn the ships against the currents.”

Some in the Japanese media, including NHK, have also speculated that the vessels could be fishing boats that strayed off course.

Wright believes it is more likely to be people trying to flee the regime, although he added that it’s impossible to be sure with the limited information available.

“What we do know is that for those people living outside of (North Korean capital) Pyongyang … life remains extraordinarily hard, and it may be an economic necessity as much as a desire for political freedom (that is) encouraging some people in the North to try and leave the country.”

He added that defectors could be taking the more dangerous route across the Sea of Japan because traditional routes, like crossing the border into China, are now policed and could be harder to use.