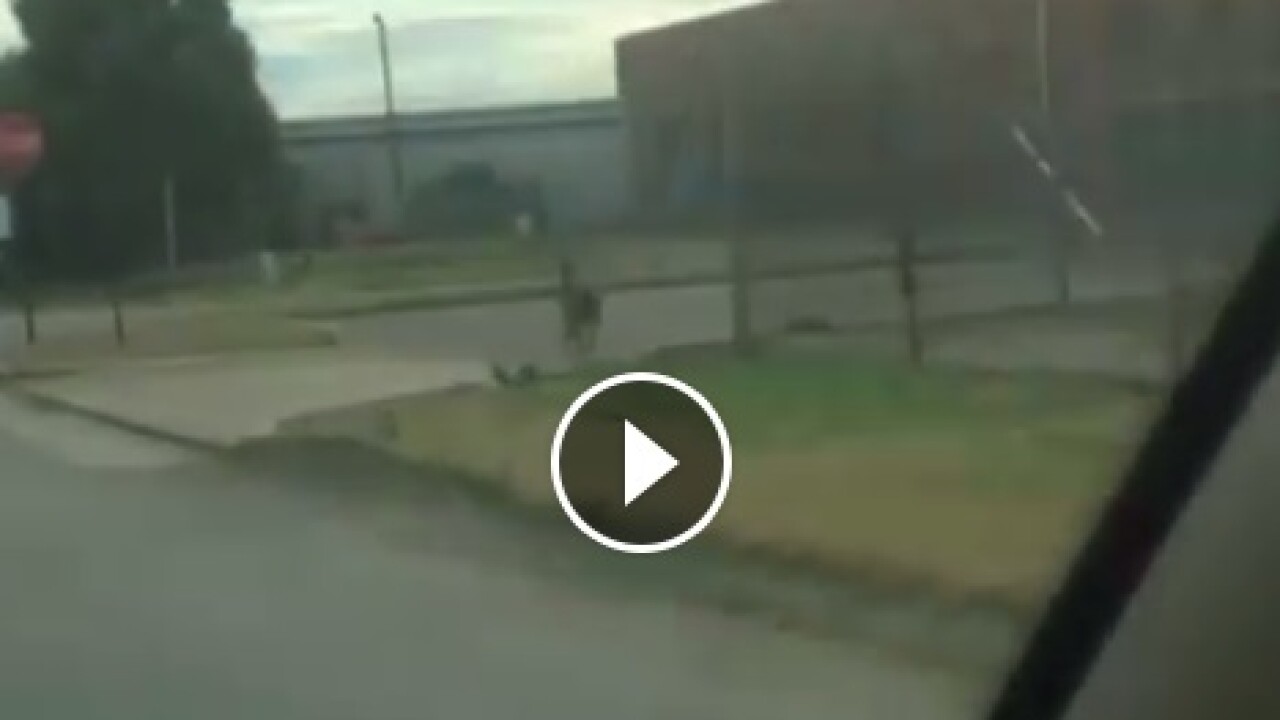 Video captured by Ebony Thomas shows the deer was running down Commerce Road.

Thomas said she was driving with her mother when she spotted the animal “running wild” down the street.

Video shows the animal bolting down the street and right through an intersection before trying to scale a chain-link fence. What happens next promoted this exchange.

That’s when the animal made a right and headed down the street. In turn, her mother called 911 and contacted animal control, but by that time the deer was long gone.

Kacie Rind posted on the WTVR CBS 6 Facebook page that she believes she almost ran into that same deer in Manchester.

“No one was chasing it when I saw it and it was still running scared,” she wrote. “It ran straight into a tree…. He just kept running. I felt so bad.”