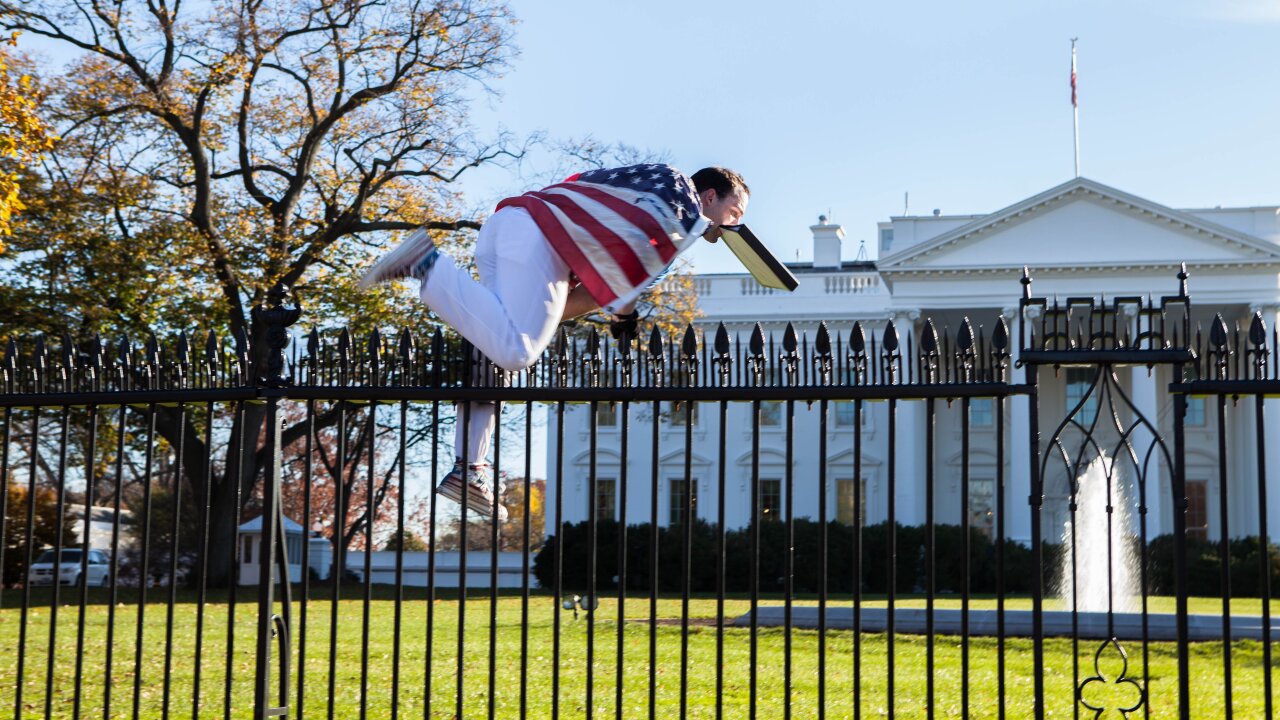 The U.S. Secret Service apprehended a man Thursday, November 26, 2015 after he jumped over a White House fence as the first family was inside celebrating Thanksgiving. The man, who jumped over a fence on the North Lawn, was almost immediately detained by Secret Service officers.

WASHINGTON — The man arrested for jumping the White House fence Thanksgiving Day made his first court appearance Friday, after which he was sent for psychiatric evaluation.

Joseph Caputo, 23, of Stamford, Connecticut, was charged with illegal entry of restricted grounds for jumping the fence protecting the White House. He was stopped by Secret Service on the lawn almost immediately and arrested.

After Friday’s court appearance, Caputo was released into Secret Service custody to be transported for evaluation at the Comprehensive Psychiatric Emergency Program at St. Elizabeth Hospital ahead of a scheduled hearing Monday in the D.C. District Court.

According to court documents, Caputo left a suicide note with two associates he had been staying with since Monday and left a message for his mother that he might not see her again.

“Death is a natural part of life. Rejoice for those around us who transform into the Force,” he wrote in the note, according to the documents.

When confronted by Secret Service agents, Caputo made statements including, “I love my country,” and “I knew I would be locked up.”

In addition to the American flag he was seen wearing around his shoulders as he scaled the fence, Caputo was carrying a USB drive in the shape of the “Captain America” shield, a pocket guide to the Constitution and weightlifting gloves, according to the documents.

Caputo faces a maximum of one year in prison.

Del. Eleanor Holmes Norton, a Democrat who represents D.C. in Congress, released a statement on Friday expressing dismay with the fact that Caputo was able to scale the fence and calling for a meeting with the Secret Service to discuss “quick corrective action.”