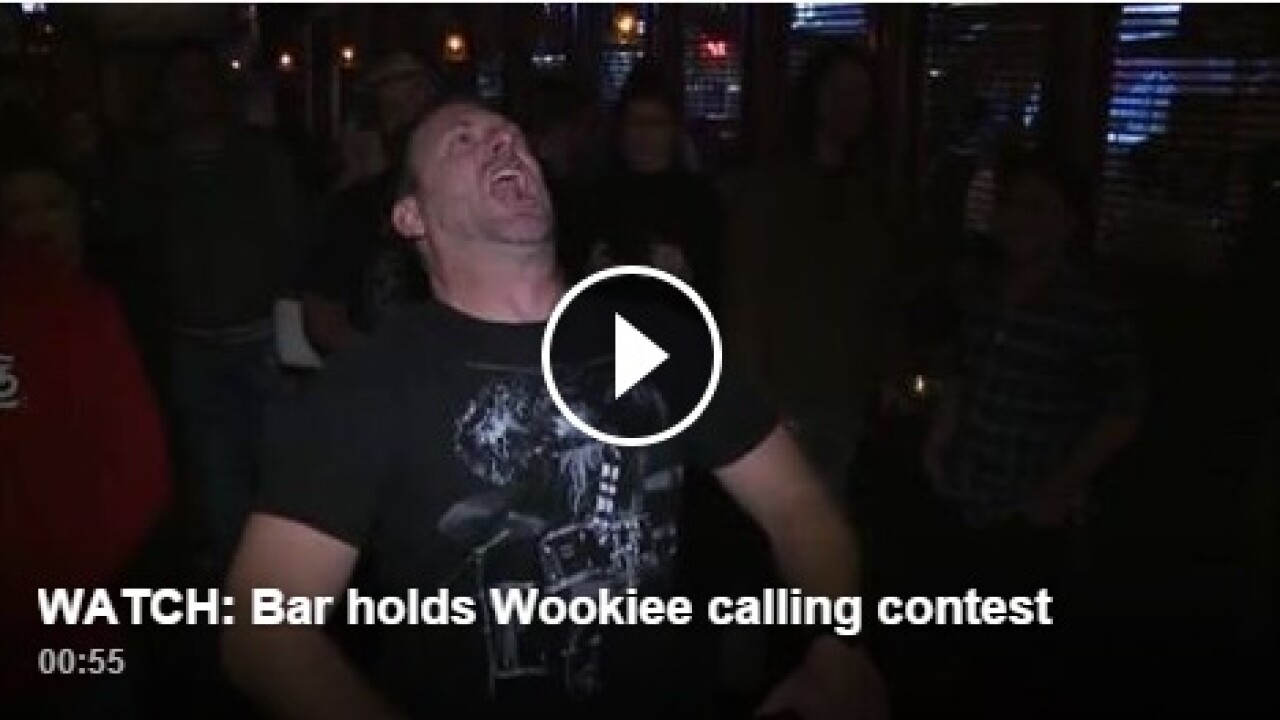 DALLAS — The sound of Chewbacca’s voice is something Star Wars fans have come to know and love. On Tuesday, fans were given a chance to show off their skills in the form of a Wookiee calling contest, KDAF reports.

It took place at the Libertine Bar on Greenville Avenue and the crowd came ready to perform. The embarrassment of looking and sounding ridiculous came with a reward any real Star Wars fan simply couldn’t resist — two free tickets to a 3D showing of Star Wars: The Force Awakens at the Alamo Drafthouse on Dec. 17.

The competition was fierce with contestants unleashing a variety of calls, but only one was blessed with the Force, a man who goes by the name “Dirty Uncle” Al Bicking. When asked what he did to prepare he answered, “A Wookiee needs not to prepare. Wookiees should be ready for battle at all times.”

So with that, the battle was won but there were no losers this night, just a group of Wookiee enthusiasts who were able to get together and share the art of their craft.