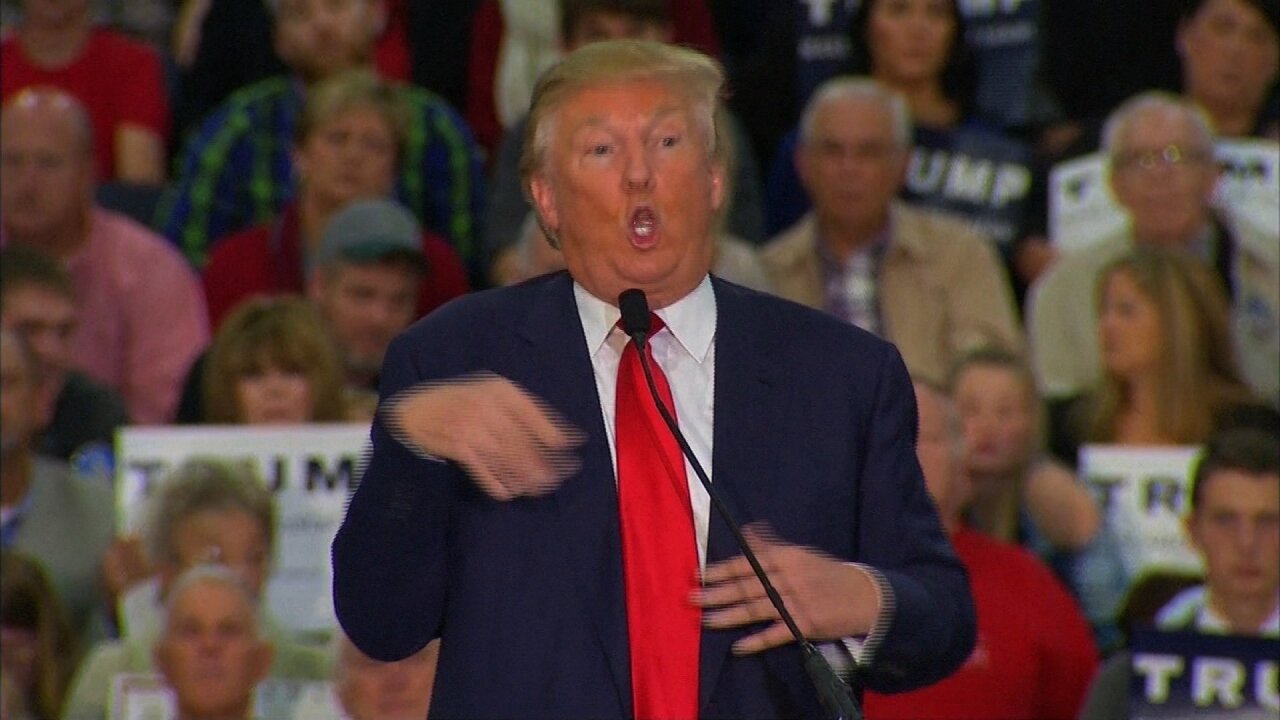 Donald Trump waved his arms in an awkward manner to lampoon Serge Kovaleski at a rally in South Carolina Tuesday night. Kovaleski has a chronic condition called arthrogryposis, which limits the movement of his arms.

NEW YORK — Donald Trump says he doesn’t remember the reporter whose disability he is accused of mocking, but the reporter claims that they had been “on a first-name basis for years.”

Trump has come under fire for what many believe was his public lampooning of the physical appearance of New York Times reporter Serge Kovaleski.

Kovaleski has a chronic condition called arthrogryposis, which limits the movement of his arms.

On Thursday, Trump denied that he was making fun of Kovaleski’s disability, and said he didn’t know him.

“Somebody at the financially failing and totally biased New York Times said that, over the years, I have met Mr. Kovaleski,” Trump said in a statement. “Despite having one of the all-time great memories, I certainly do not remember him.”

The Republican presidential candidate added that Kovaleski “should stop using his disability to grandstand and get back to reporting for a newspaper that is rapidly going down the tubes.”

In a story in the New York Times on Thursday, Kovaleski painted a different picture.

“Donald and I were on a first-name basis for years,” Mr. Kovaleski said. “I’ve interviewed him in his office. I’ve talked to him at press conferences. All in all, I would say around a dozen times, I’ve interacted with him as a reporter while I was at The Daily News.”

A spokesman for Trump said, “Mr. Trump has no recollection of this.”

Trump’s initial comments on Tuesday were prompted by challenges to his repeated claim that he saw “thousands” of Muslims celebrating in Jersey City, N.J., after the September 11 terror attacks.

Trump has cited a story Kovaleski wrote in 2001 when he worked for the Washington Post that said authorities had detained “a number of people” in Jersey City who had allegedly been seen celebrating.

Kovaleski’s story referred to FBI probes of the alleged celebrations, but quoted no witnesses and contained no specific evidence that celebrations occurred.

He was interviewed this week by the Washington Post about his 2001 reporting. “I certainly do not remember anyone saying that thousands or even hundreds of people were celebrating. That was not the case, as best as I can remember,” Kovaleski told the Post.