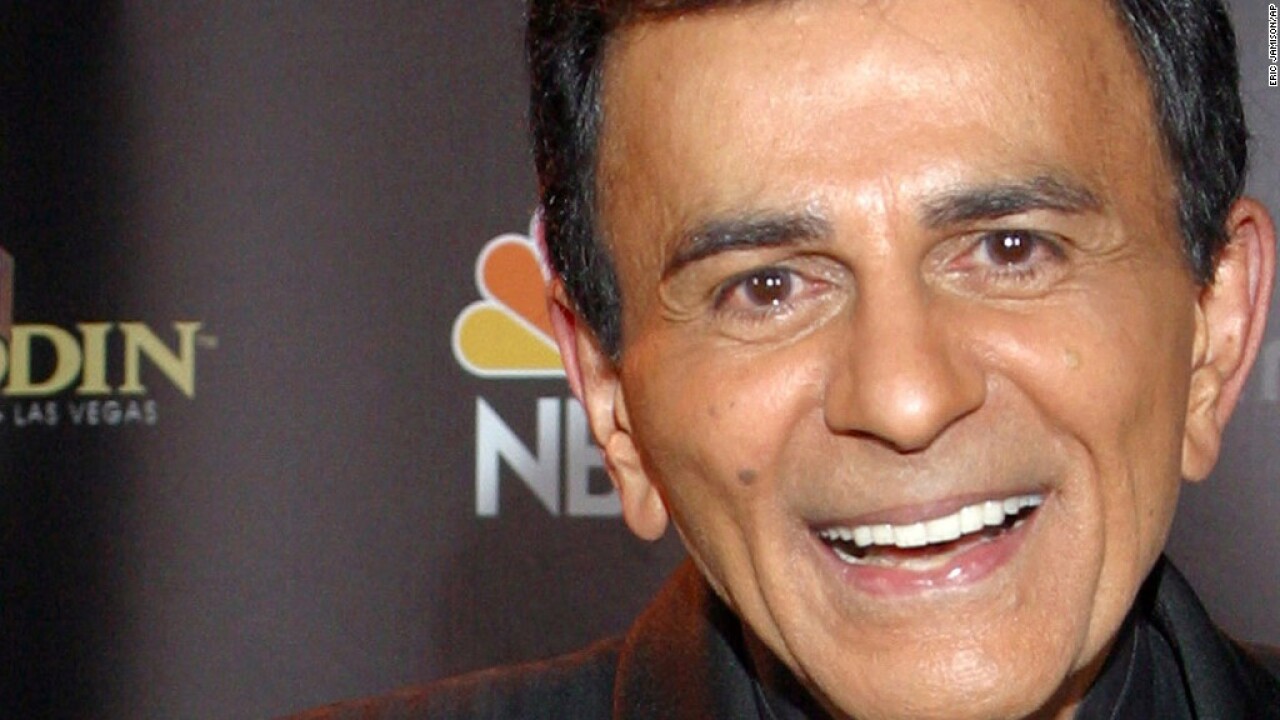 FILE – In this Oct. 27, 2003 file photo, Casey Kasem poses for photographers after receiving the Radio Icon award during The 2003 Radio Music Awards at the Aladdin Resort and Casino in Las Vegas. A Los Angeles judge appointed one of Kasem’s daughters as his temporary conservator on Monday May 12, 2014, after expressing concerns about the ailing radio personality’s well being because he has been moved to a medical facility outside the United States. A lawyer for Kasem’s […]

Three children of radio host Casey Kasem filed a wrongful death suit against his widow, accusing her of elder abuse and emotional neglect.

“Casey’s early death occurred as a direct and proximate result of Jean’s neglect and physical abuse of Casey,” the suit filed this week said.

The radio host’s brother, Mouner Kasem, is also part of the lawsuit by Kerri, Julie and Michael Kasem that seeks $250,000 for pain and suffering. It also seeks general damages to be decided by a jury if they win the civil case.

Jean Kasem’s attorney was not immediately available for comment.

The district attorney’s office said she tried to ensure that her husband was continuously provided medical care.

A potential elder abuse charge would be impossible to prove in a criminal court, a charge evaluation sheet said.

The district attorney’s office said it talked over its decision with Los Angeles police, who took over the case from their Santa Monica counterparts. LAPD agreed with the decision, according to the document.

The former host of “American Top 40” was buried December 16 at a cemetery in Oslo, Norway, about six months after his death in a Washington state hospital. He had been suffering from Lewy body disease, the most common type of progressive dementia after Alzheimer’s.

As Kasem, 82, lived out his final days, the family feuded over the best care options for him.

His children from his first marriage said they were complying with their father’s wishes to die comfortably and peacefully surrounded by family and friends, while Jean Kasem, his second wife, claimed they were ceding care and prematurely ending the radio legend’s life.

Daughter Kerri Kasem accused her stepmother of abusing her elderly father and contributing to his death by taking him from a Santa Monica care facility in May and relocating him to Washington.

The charge evaluation sheet says police investigators found Jean Kasem wanted to get her husband away from media scrutiny.

The California legal fight continued while Casey Kasem was in Washington. Kerri Kasem was given the authority in June to have doctors end her father’s infusions of water, food and medicine. Casey Kasem died just a few days later.

Kasem was already a popular disc jockey in Los Angeles when he became the host of “American Top 40” in 1970.

The syndicated show, which counted down the 40 most popular songs in the United States based on Billboard magazine’s Hot 100 music chart, began on just seven radio stations but quickly became a mainstay of thousands worldwide.

The show inspired imitators, including a television version, “America’s Top 10,” that Kasem hosted.

He always finished with his signature line: “Keep your feet on the ground, and keep reaching for the stars.”