Trump: Paris massacre would have been ‘much different’ if people had guns 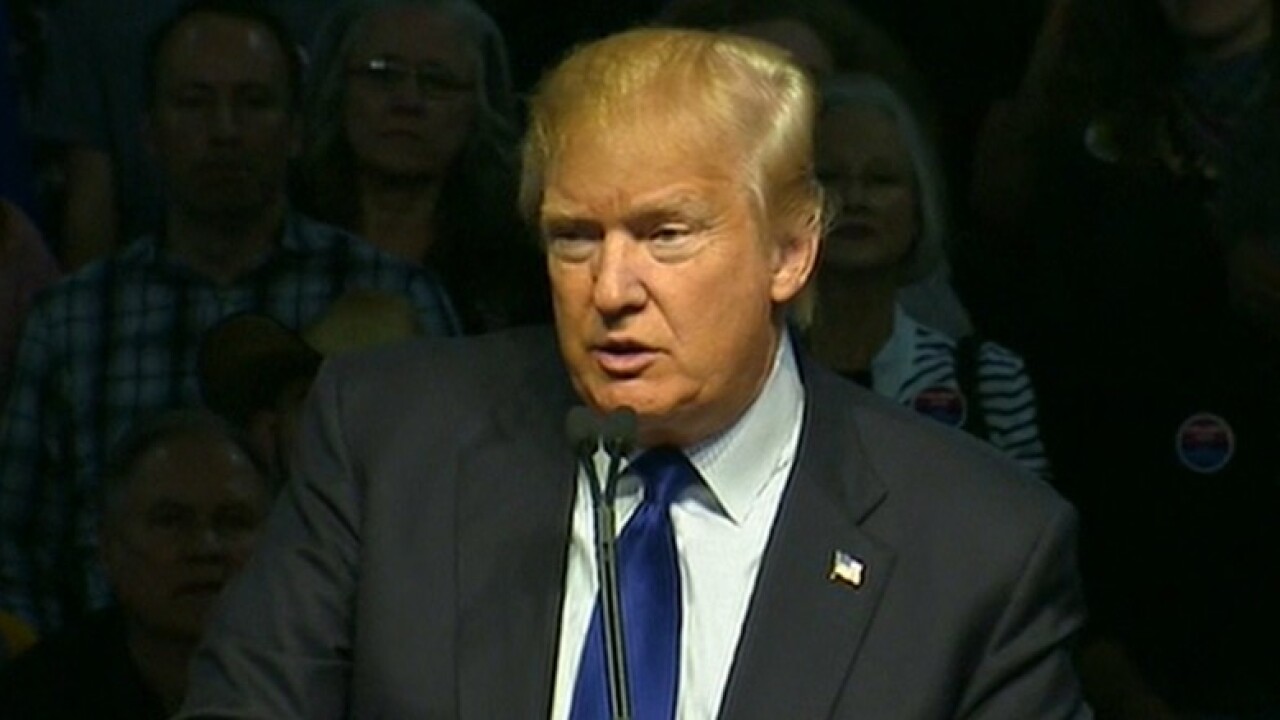 BEAUMONT, Texas — Donald Trump said Saturday that the terrorist attacks in Paris “would’ve been a much different situation” if the city had looser gun laws.

“When you look at Paris — you know the toughest gun laws in the world, Paris — nobody had guns but the bad guys. Nobody had guns. Nobody,” Trump said at a rally here. “They were just shooting them one by one and then they (security forces) broke in and had a big shootout and ultimately killed the terrorists.”

“You can say what you want, but if they had guns, if our people had guns, if they were allowed to carry –” Trump said, pausing as the crowd erupted into raucous applause, “– it would’ve been a much, much different situation.”

Trump made a similar comment earlier this year on the heels of the terrorist attack in Paris that targeted the headquarters of the satirical magazine Charlie Hebdo and a Jewish market.

“Isn’t it interesting that the tragedy in Paris took place in one of the toughest gun control countries in the world?” Trump tweeted in January.

The tweet resurfaced Friday, prompting a swift rebuke from the French ambassador to the U.S. who apparently believed the tweet was issued Friday.

“This message is repugnant in its lack of any human decency. Vulture,” French ambassador Gerard Araud wrote in a tweet, which was later deleted.

Trump immediately addressed the tragedy in Paris on Saturday, calling for a moment of silence as he walked on stage to remember the more than 120 people who were killed in a series of coordinated attacks the night before.

He also slammed President Barack Obama’s decision to allow Syrian refugees into the United States, calling such a move “insane.”

“We all have heart and we all want people taken care of, but with the problems our country has, to take in 250,000 — some of whom are going to have problems, big problems — is just insane. We have to be insane. Terrible,” Trump said.

It’s unclear where Trump got the 250,000 figure from. In September, Obama ordered his administration to “scale up” the number of Syrian refugees admitted to the United States, directing his team to prepare for at least 10,000 for this fiscal year. The 10,000 Syrian refugees would be allocated out of a U.S. quota of 75,000 refugee admissions from around the world.

A Senate aide in September said Secretary of State John Kerry told senators that the administration would “seek an additional increase beyond” the worldwide total, potentially as high as 100,000.