Why did Obama declare ISIS ‘contained’ the day before Paris attack? 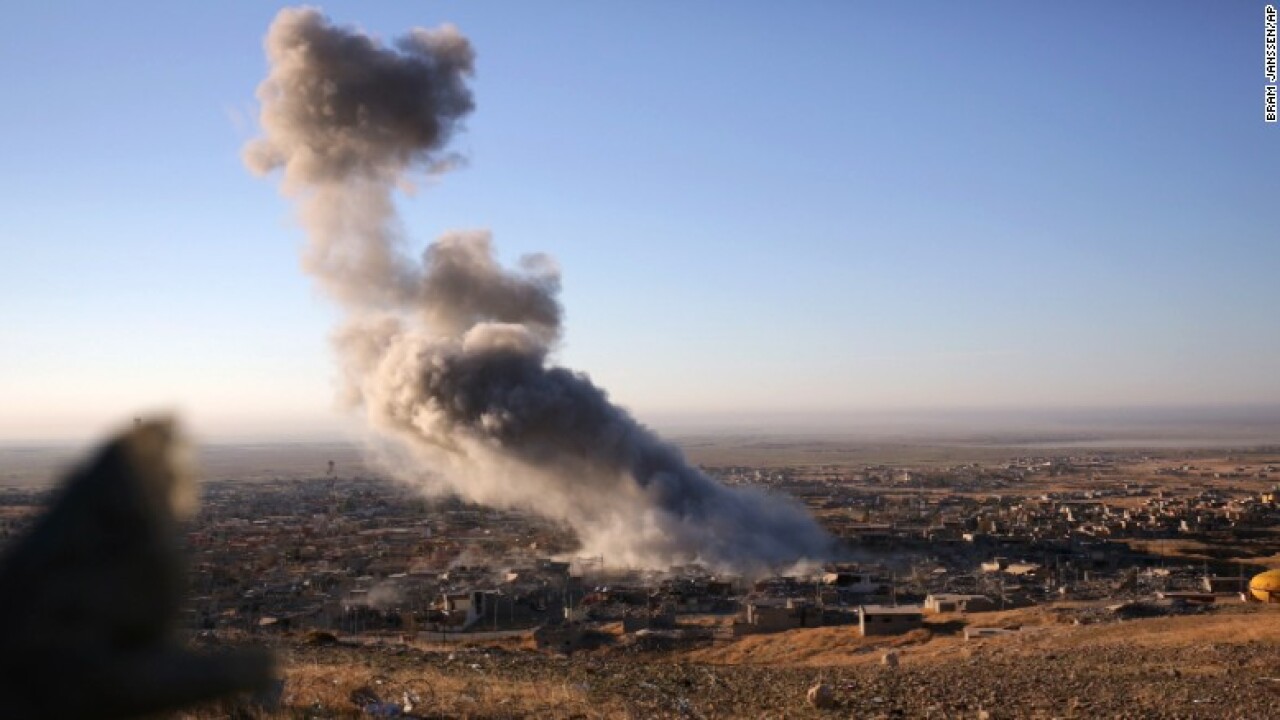 WASHINGTON — On Thursday, President Barack Obama declared in an interview that ISIS had been “contained,” asserting that the terror cell had been stalled in Iraq and Syria.

The next day, ISIS claimed responsibility for one of the worst terror attacks in European history, shattering what had been a growing sense of momentum in the global fight against extremists and driving home the frightening ability of ISIS to inspire and possibly coordinate attacks outside their power base in Iraq and in Syria.

“We, including the President, have said from beginning the fight against ISIL would be long and have both good and bad days,” according to a senior administration official pressed to explain the disconnect between Obama’s comments and the spectacular set of coordinated attacks that stunned Europe and killed more than 120 people out on a Paris Friday night.

It is not yet clear who exactly perpetrated the Paris attacks, but the French government has blamed ISIS and U.S. officials have said there is no reason to doubt that assertion.

The stated goal of the U.S. had been to decapitate ISIS, but the group, claiming credit for the attacks in Paris, has shown that containment and decapitation clearly don’t work against an organization that courts death and is atomized to the point individuals or small groups can act largely on their own. ISIS has quickly matured during the Obama administration from a group the President once called al Qaeda’s “JV team” to a terrifying threat to the West. It’s a threat the U.S. and Europe clearly do not yet fully understand.

Before the attack, Obama spoke reassuringly about the growth of ISIS in the MIddle East, suggesting that while the terror group had not been beaten, it had been controlled.

“We have not yet been able to … completely decapitate their command and control structures,” he told ABC News. But he touted success in “trying to reduce the flow of foreign fighters.”

The administration says when he declared ISIS contained, Obama was speaking only about efforts to help Iraqi and Kurdish forces and U.S. bombing efforts in Syria.

Recent wins against the group seemed to back up Obama’s assertion: Kurdish forces retook Sinjar Mountain in Iraq with the help of U.S. airpower late this week. A drone strike announced late Thursday is suspected to have killed “Jihadi John,” the ISIS executioner, a symbolic victory after Americans and others were killed on camera and used in propaganda videos. And overall, ISIS’ capture of ground has slowed.

“It means exactly what he said,” the senior administration official said, referring to the President’s containment comments. “Their (ISIS) momentum in terms of territorial gains in Iraq and Syria has been contained/halted.”

Even before Obama’s “contained” comment regarding ISIS in Iraq and Syria, the group’s influence beyond those countries’ borders was on full display with attacks connected to ISIS-related groups in Beirut and the downing of a Russian passenger plane in Sinai.

The Paris attack further throws U.S. and Western counterterror efforts on their head. A White House official told CNN that before departing for a trip to Turkey and Asia and a G20 Summit, the President will “convene his National Security Council to review the latest intelligence surrounding the attacks in Paris.”

U.S. officials have deferred to the French investigation.

“At this early stage, we have seen nothing that contradicts President Hollande’s assessment of the situation,” according to a senior U.S. intelligence official, referring to the French casting blame on ISIS.

But the event is sure to cause reassessments of strategies in the U.S. and Europe, both inside their countries and for how to deal with ISIS in the Middle East.

Control by ISIS of territory in Iraq and Syria versus the ability to project attacks outside of its base are, of course, separate issues. U.S. counterterrorism officials worried the latter would be the second phase the ISIS fight.

While ISIS was gaining and solidifying control of territory, external attacks weren’t its priority. But the concern among counterterror officials was that once the U.S. and others began attacking to curb the territorial expansion, or even causing some retreat, ISIS would start sending back its legions of westerners or try to infiltrate fighters to conduct attacks. U.S. counterterrorism officials expected that Europe, particularly countries with big foreign-fighter numbers, would be first to feel this.

The battle against ISIS was already slated to occupy large portions of the agenda of the large meeting of global leaders in Turkey that Obama is set to attend. White House officials, speaking before the Paris attack, said Obama was eager to shore up the global coalition of nations that have joined to battle the group.

Now those discussions will assume an even greater urgency. Obama was originally planning to speak with French President Francois Hollande at the G20 gathering, but Hollande said Friday he was canceling his trip to Turkey.

That leaves other key players, including Obama, German Chancellor Angela Merkel and British Prime Minister David Cameron, to develop a response plan at the summit, being held at a resort on the Turkish Riviera. Leaders were already scheduled to meet for a working dinner focused on combating ISIS on Sunday, and Obama will meet with the leaders five major European allies Monday afternoon.

Obama will also encounter Russian President Vladimir Putin, whose recent efforts in Syria forced the administration to retool its strategy. While no formal meeting between the two men is planned, Obama’s aides said there’s ample opportunity for a talk.

The January attack by Islamic extremists against the French humor magazine Charlie Hebdo prompted a reckoning in Europe about the flow of foreign fighters onto the continent, and the pervasive appeal of Islamic extremism on disillusioned youth. At least one of the Charlie Hebdo attackers pledged allegiance to ISIS online, though none were known to be operating under direct orders from the group’s leadership.

In the aftermath of the attacks, Obama convened a summit in Washington aimed at countering violent extremism. The gathering was long-delayed from the fall, and finally placed on the schedule as a response to the Paris violence.

Officials said at the time he wanted to collect knowledge on how best to identify and counter violent extremists in the U.S. and abroad — but refused to identify Islamic extremism as the primary focus of the gathering.

“I don’t quibble with labels. I think we all recognize that this is a particular problem that has roots in Muslim communities,” Obama told CNN’s Fareed Zakaria in a January interview. “But I think we do ourselves a disservice in this fight if we are not taking into account the fact that the overwhelming majority of Muslims reject this ideology.”

Earlier in the year, Obama chaired a session of the United Nations Security Council meant to address the flow of foreign fighters coming from Syria, following up on the meeting during this year’s general assembly by saying he wanted to focus on the origins of extremism.

But even with those efforts in place, Obama’s aides admit there’s no quick solution to the pervasive problems facing Europe and the United States.

“It is not about a single meeting or a single event,” Obama’s National Security Adviser Susan Rice said ahead of the President’s trip to the G20. “These issues are hugely complex and fraught. If they weren’t, they would have been resolved a long time ago.”