US officials: No known threat to homeland following Paris attacks 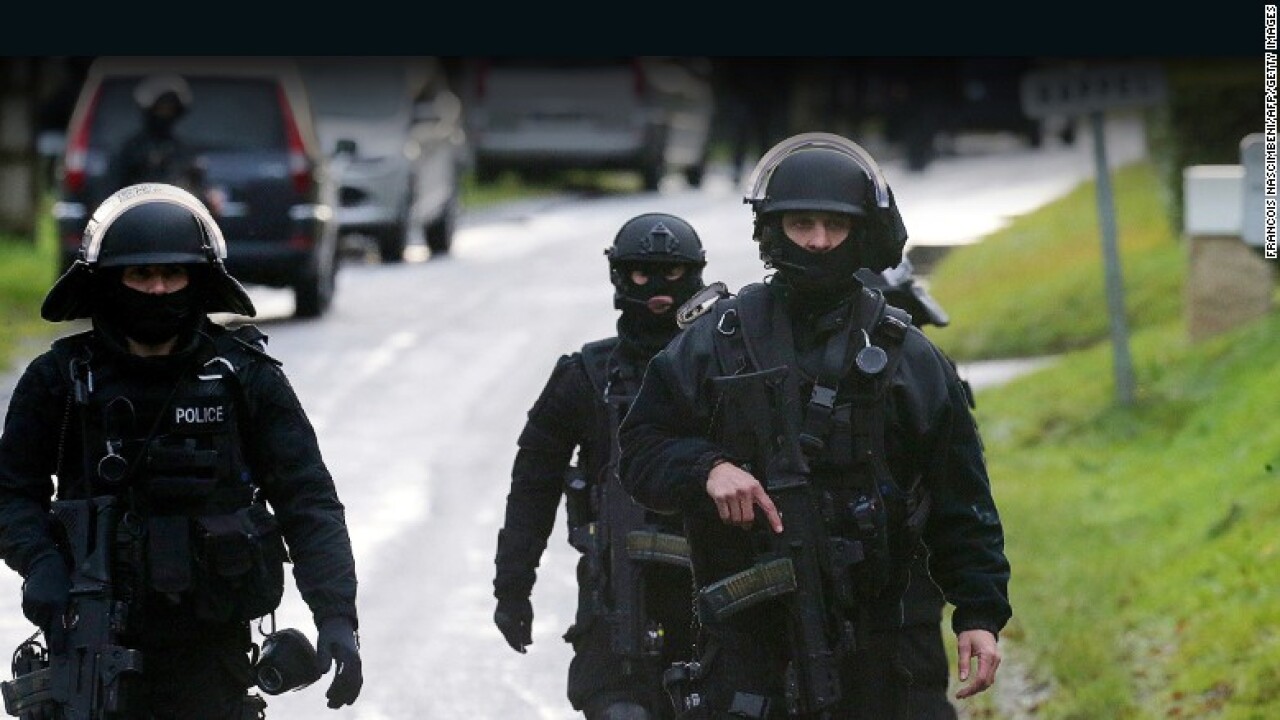 WASHINGTON — U.S. authorities said Friday there is no known threat to the American homeland in the wake of the deadly terror attacks in Paris, but cities across the country were taking precautions while intelligence officials expressed alarm over the methodology and planning that was evident behind the terrorist acts.

More than 120 people were killed when a series of apparently coordinated shootings and explosions rocked Paris, which officials said evoked memories of the deadly 2008 terror attacks in Mumbai, India.

“The Department of Homeland Security and the Federal Bureau of Investigation are closely monitoring events in Paris and we are in contact with our counterparts in the region,” Homeland Security Secretary Jeh Johnson said in a statement. “At this time, we know of no specific or credible threats of an attack on the U.S. homeland of the type that occurred in Paris tonight.”

It is still unclear who was behind the attacks. One U.S. counterterrorism official told CNN that the attacks resemble tactics that have been used by a number of terror groups — including al Qaeda’s focus on mass casualty and visibility, and the small, tactical nature of attacks that are more the hallmark of ISIS and its acolytes.

The official noted that Algerian terrorist groups have attacked in Paris in the past, though they don’t have much capability to do what unfolded in Paris.

Meanwhile, U.S. officials are still trying to determine if there are any U.S. connections with the terrorists or the victims and are working with their French counterparts to ensure there are no immediate threats to the U.S.

Two additional U.S. counterterrorism officials told CNN that authorities across the U.S. have convened secure conference calls to try and gather information. And a federal law enforcement official said federal authorities are working with local police agencies around the country to task sources domestically and internationally for information about any individuals possibly associated with the attacks.

They’re also going back to look at whether there was any intelligence missed indicating these attacks were going to happen, the law enforcement official said, adding that the FBI is also putting additional personnel on standby to be deployed to France to offer any support such as bomb technicians and computer analysts.

Local police departments moved quickly to place units on extra alert. In Los Angeles, extra police were deployed at critical sites like airports. In Washington, enhanced patrols were sent near the Capitol. In New York City, the New York Police Department was giving special attention and increasing its presence at soft targets such as nightclubs, theaters and museums, along with locations tied to France, another federal law enforcement official said.

Authorities are also scrutinizing known terror suspects in the U.S. and boosting surveillance of them, the law enforcement officials said.

“We will not hesitate to adjust our security posture, as appropriate, to protect the American people,” an FBI spokesperson said in a statement. “DHS and the FBI routinely share information with our state, local, federal and international law enforcement, intelligence and homeland security partners, and continually evaluate the level of protection we provide at federal facilities.”