HOLMBERG: Huge crowds at museum light show after mini-controversy – while the City of Light reels 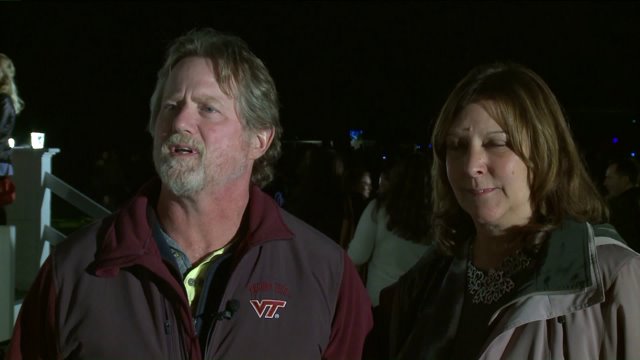 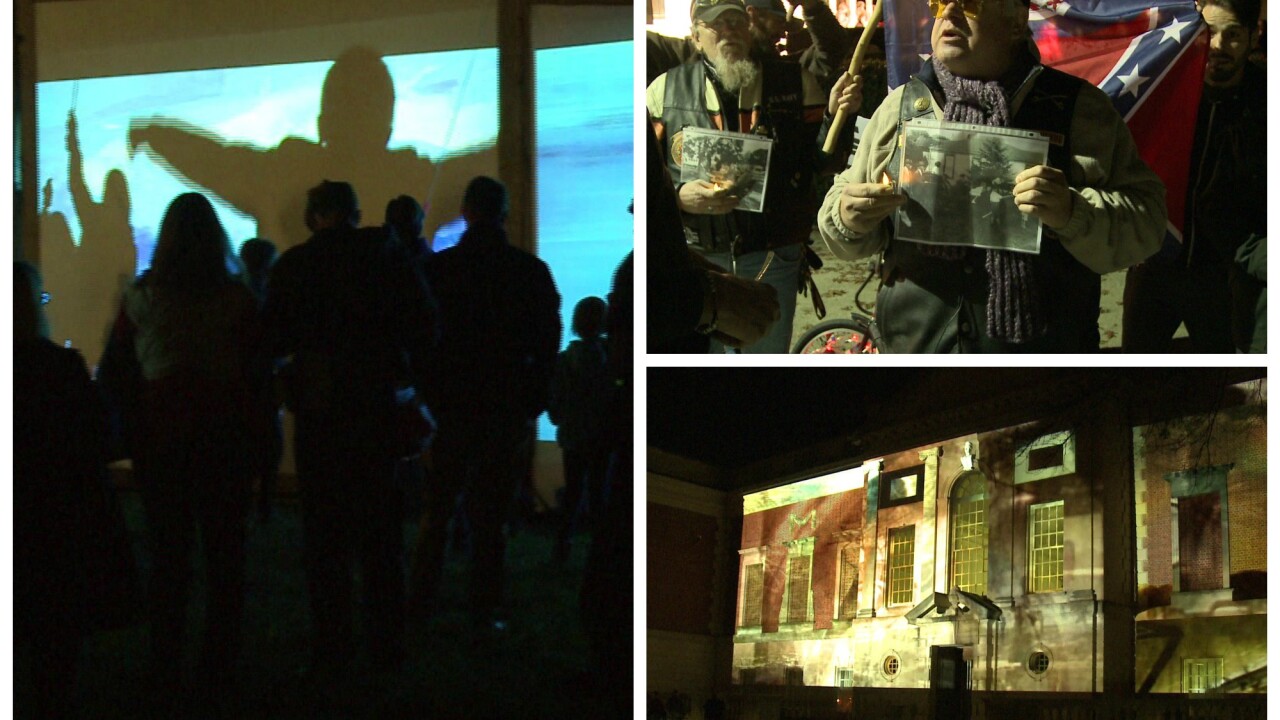 RICHMOND, Va. -- The grounds of the Virginia Museum of Fine Arts were absolutely packed for the first night of the InLight Festival there, perhaps partially because of the tempest in the teapot over the old Confederate Chapel on the grounds.

One magazine report indicated the historic chapel on the sprawling museum grounds - donated to them by the Confederate Veterans, by the way -  would be lit up like a hippie trip.

That had the Virginia Flaggers and some other friends of the chapel up in arms. They had every reason to be concerned.

But the chapel was simply and brightly lit from the outside, which illuminated the stained-glass windows brilliantly and cast shadows of passing visitors on the historic walls and flags.

Rob Pettus, a member of the Sons of Confederate Veterans (J.E.B. Stuart Camp) has a deep connection to the chapel. He roamed the grounds as a boy and was married inside.

"I'm very pleased with it," he told me after touring the display, which is accompanied by a soundtrack that sounds like boots on a distant bridge.  "I think its a wonderful way to expose our community to what this is all about."

The event, which continues Saturday night, has 23 other light installations on other parts of the grounds, some of them, yes, rather trippy. Kids had a blast because they can be a part of the show. There's lots of food, wine and beer.

I went to check out and film this bright, lively event on a crisp, beautiful night, wondering in my heart what was going on in Paris, whether my in-laws there were ok,  and how bad the terror attacks would be.

I've been to Paris many times. I felt it as I stood quietly in the chapel, my video camera rolling.

A passerby leaned over and said, "Here we are at light show . . .  what's going on in Paris, the City of Light."

It made me feel how insignificant most of our cultural arguments and differences are, and how incredibly blessed we are to live in this land.

We forget the thin edge we all live on. As a friend wrote this week, grief can slide right next to joy in the blink of an eye.

We need to look out for one another.

We can be our own light show, every day.