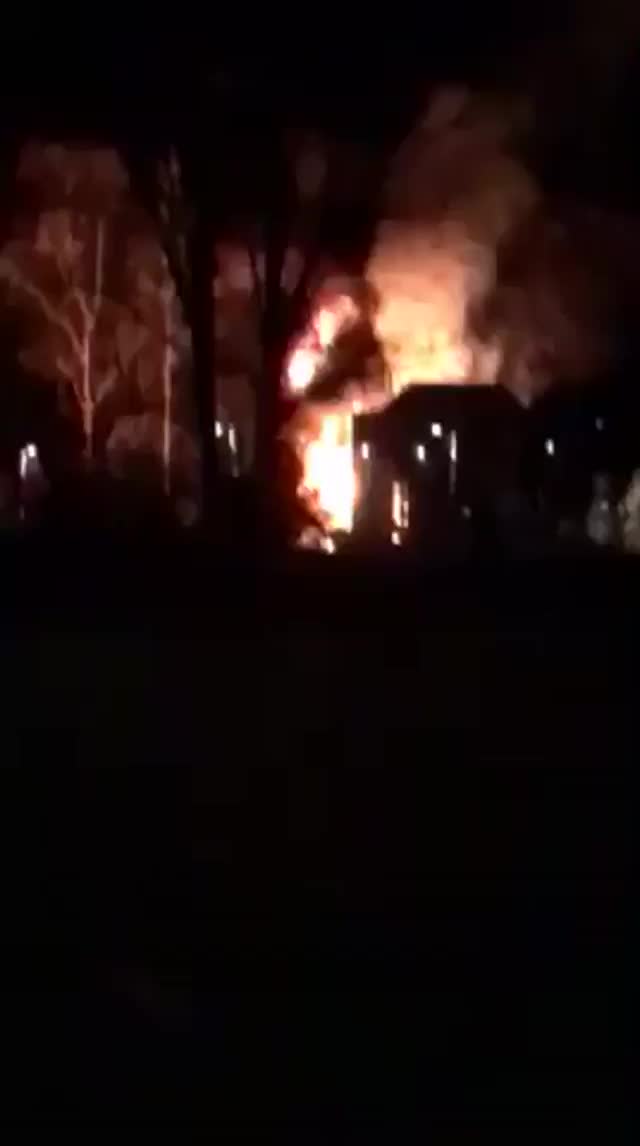 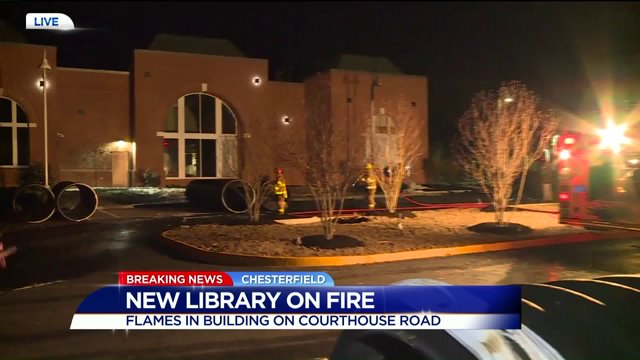 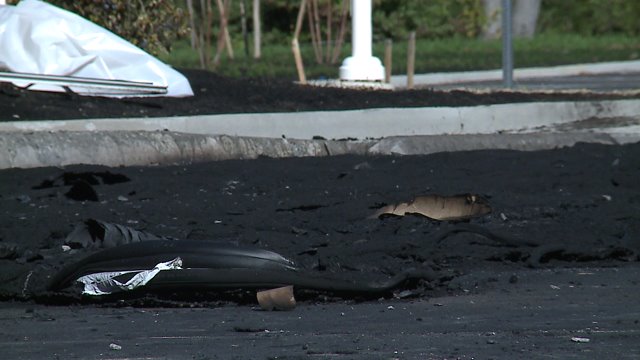 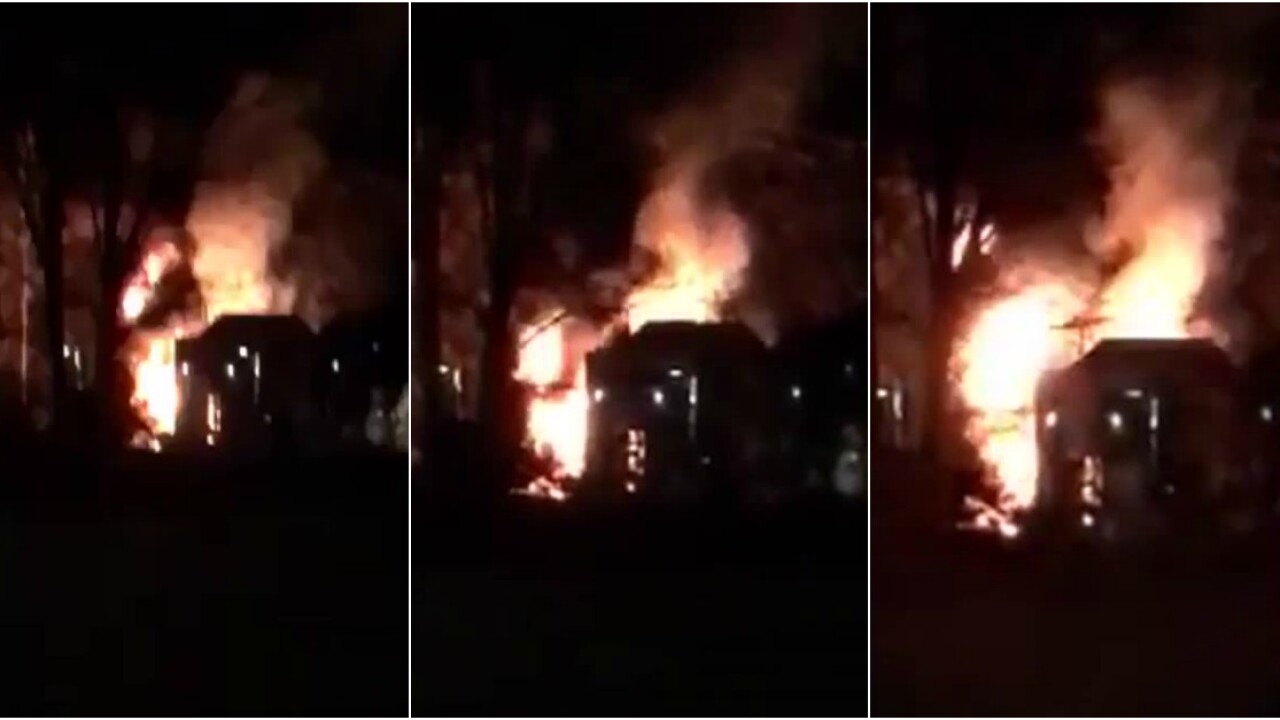 Fire crews were called to the new library at 325 Courthouse Road around 10 p.m.

Chesterfield Fire and EMS spokesman Lt. Jason Elmore said culvert pipes behind the building were ablaze when they arrived and that the fire had spread to nearby mulch.

The blaze's intense heat broke out windows in the building and damaged a light in the parking lot.

Fire Marshals are investigating the cause of the fire. Officials said it was unclear it the blaze was intentionally set, but did call the fire was suspicious.

A eyewitness said she spotted at least four firetrucks responding to the blaze, which she said had flames shooting higher than the building.

County officials had stopped work on the library last month because an estimate for furniture, fixtures and equipment came in at more than $100,000 over budget.

The county said that setback would delay the opening of the $13 million building by two months. In late October, the project was about 80-percent complete.