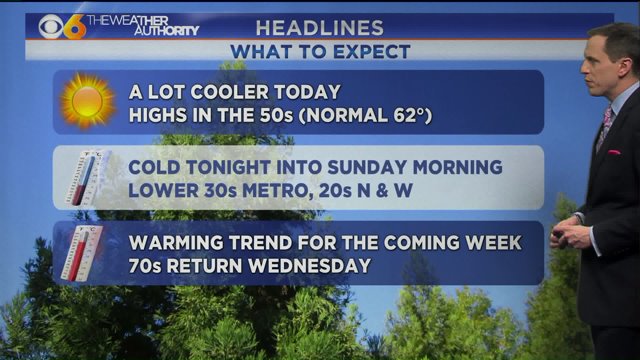 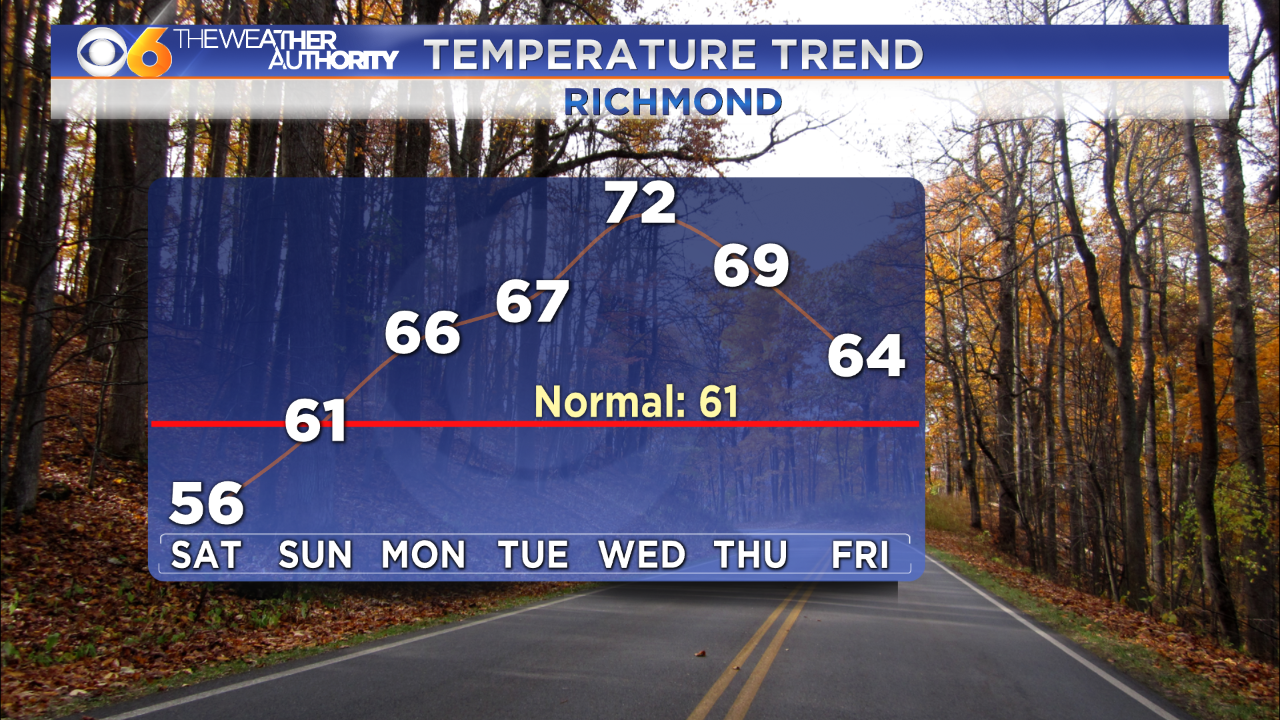 Richmond, Va. -- While it hit the 70s on Thursday, some areas struggled to stay above freezing Saturday morning.  There was a bit of a range in morning low temperatures, caused by variable wind speeds.  Areas that had calm winds for some hours leading up to daybreak ended up with the coldest temperatures.  Other areas stayed in the lower 40s thanks to a bit of a breeze overnight.

High pressure will build in from the west and should be almost overhead Sunday morning.  This combination of clear skies, calm winds and very dry air will allow temperatures to be even colder than Saturday's lows.  Lows in the metro will be in the low to mid 30s, but our colder outlying areas will be in the 20s.

As the area of high pressure move eastward the next few days, our winds will begin to come in from the south and southwest, producing warmer temperatures.  A strong storm system will approach mid-week, pushing temperatures into the 70s on Wednesday.  Cooler air will return at the end of the week.