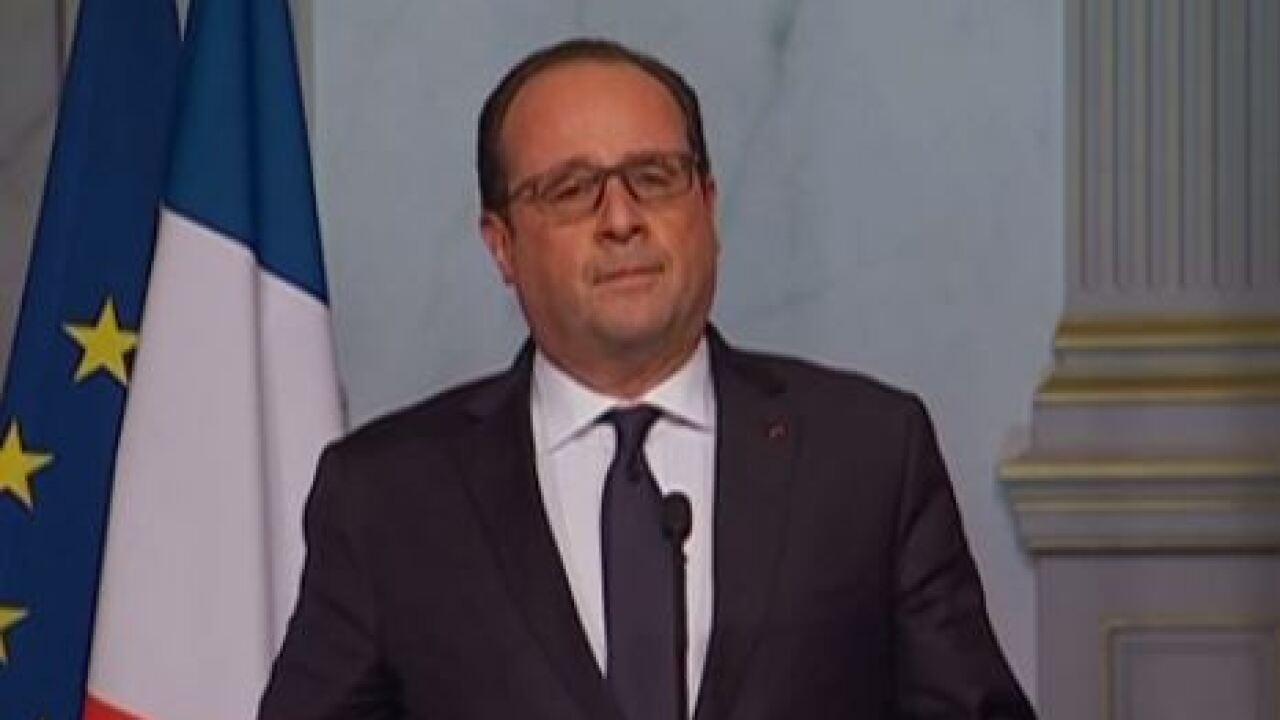 As Paris begins to come to terms with Friday’s deadly terror attacks that left at least 153 people dead across the French capital, President Francois Hollande has vowed France will be ruthless in its response.

Speaking at the site of the Bataclan concert hall in central Paris — the site of the most severe attack where at least 112 people died after gunmen stormed the venue, Hollande said: “France will not let itself be impressed or frightened even if today we are overcome with sadness and emotion.”

Describing the carnage late Friday as an “abomination,” he said the attackers — who have yet to be identified — were intent on killing as many people as possible.

“I cannot say really at this moment how many lost their lives, but it has to be counted as several dozen,” he said.

“I want to state my solidarity and compassion for all the families who are impacted and I want to point out once again how efficient the security forces were in carrying out their duty in the extremely difficult conditions.”

Witnesses described how gunmen in black started shooting and after wounded people fell to the floor, they were shot again, execution-style.

After praising the work of the firemen, paramedics and doctors who dealt with the extremely disturbing scenes across Paris, Hollande vowed a tough response.

“We will lead the fight and we will be ruthless, and we had to be here among the people who were subject to these atrocities because when the terrorists are capable of doing such acts they must know that they will face a France very determined — a France united.”

However, at the time of writing it is still not clear who is responsible for the attacks.