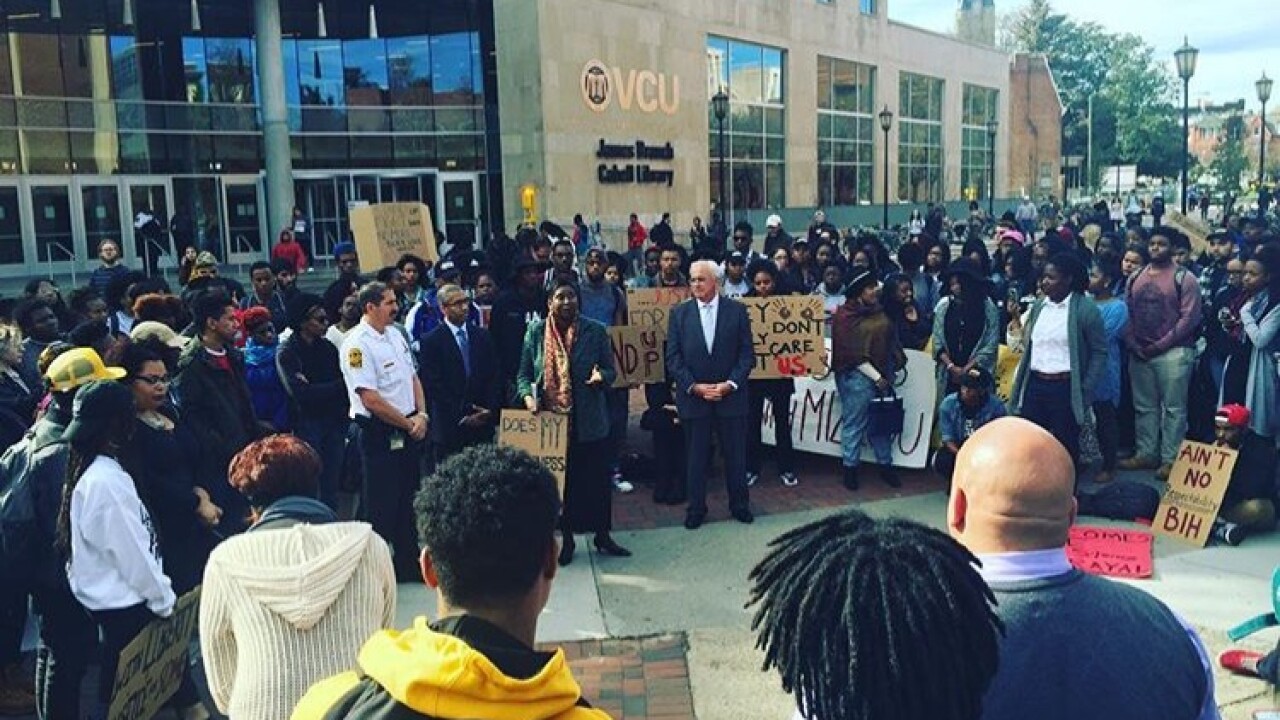 RICHMOND, Va. — There was a demonstration held Wednesday afternoon at Virginia Commonwealth University, as a show of solidarity with the student movement at Missouri University.

Black student organizations, allies, and VCU administration gathered outside the James Cabell Branch library on the Monroe Park campus. According to participants, there was an open dialogue about race and recent events in Missouri.

Monday was a historic day west of the Mississippi, as university system president Tim Wolfe stepped down after protesters clamored for change. African-American students at Missouri have long complained of an inadequate response by university leaders in dealing with racism on the overwhelmingly white Columbia campus. 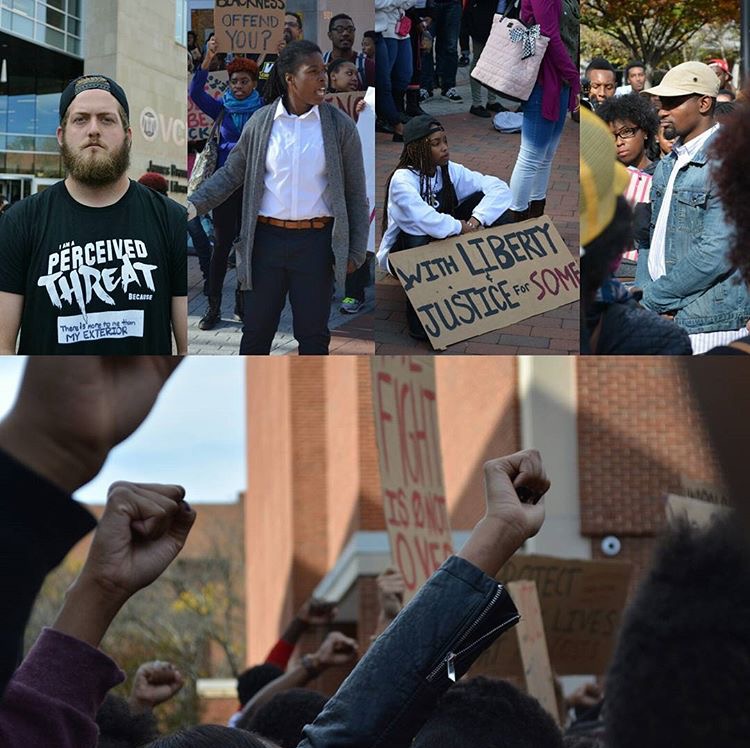 Those protests got two major jolts when student leader Jonathan Butler launched a hunger strike and the Missouri Tigers football team said it would not play until Wolfe stepped down.

Students, faculty and staff converged on the Carnahan Quad after Wolfe’s announcement. They linked arms and swayed side to side, singing, “We Shall Overcome.”

Marshall Allen, a member of the protest group Concerned Student 1950, said the change is just starting.

“This is just a beginning in dismantling systems of oppression in higher education, specifically the UM system,” Allen said.

VCU students protest in solidarity of students at the University of Missouri #VCU #Mizzou pic.twitter.com/ayjYdEZbAc

Here in Richmond, VCU students have been participating in #BlackLivesMatter demonstrations since the movement gained traction nationwide after the homicides of Trayvon Martin and Michael Brown. The group, in collaboration with other social justice movements, have held multiple protests on VCU campus and throughout the city.

Students held signs that read “MU is VCU” and “the fight is not over.”

The demonstration and dialogue continued for hours.

In awe of my #VCU community. pic.twitter.com/an5xUTY91a

Why Missouri launched a protest that toppled the administration

In September, Student Body President Payton Head vented on Facebook about bigotry and anti-homosexual and anti-transgender attitudes after people riding in the back of a pickup truck screamed racial slurs at him.

In October, someone used feces to draw a swastika on the wall of a residence hall.

Even on Tuesday night, some reported incidents of threat or intimidation on campus.

“Im shaking and crying these white guys are in a monster blue pick up truck no license plate circling our car we almost couldnt get out,” one student tweeted.

“Only a minority knows what it feels like to be a minority on campus,” said a former football player, and added it may be hard for a white person to understand.

The University of Missouri’s Columbia campus has a population of 35,000 students. The undergraduate student body is about 79% white, and 8% African-American. The school’s faculty is also more than 70% white, with black representation of just over 3%, according to the university.

Were you at the demonstration Wednesday? Share your pics with WTVR.com, and we will show them online, and on-air.