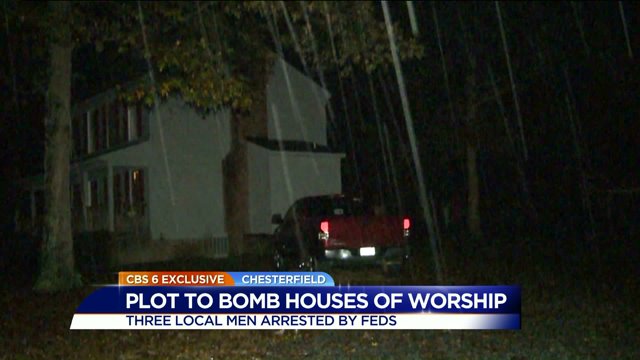 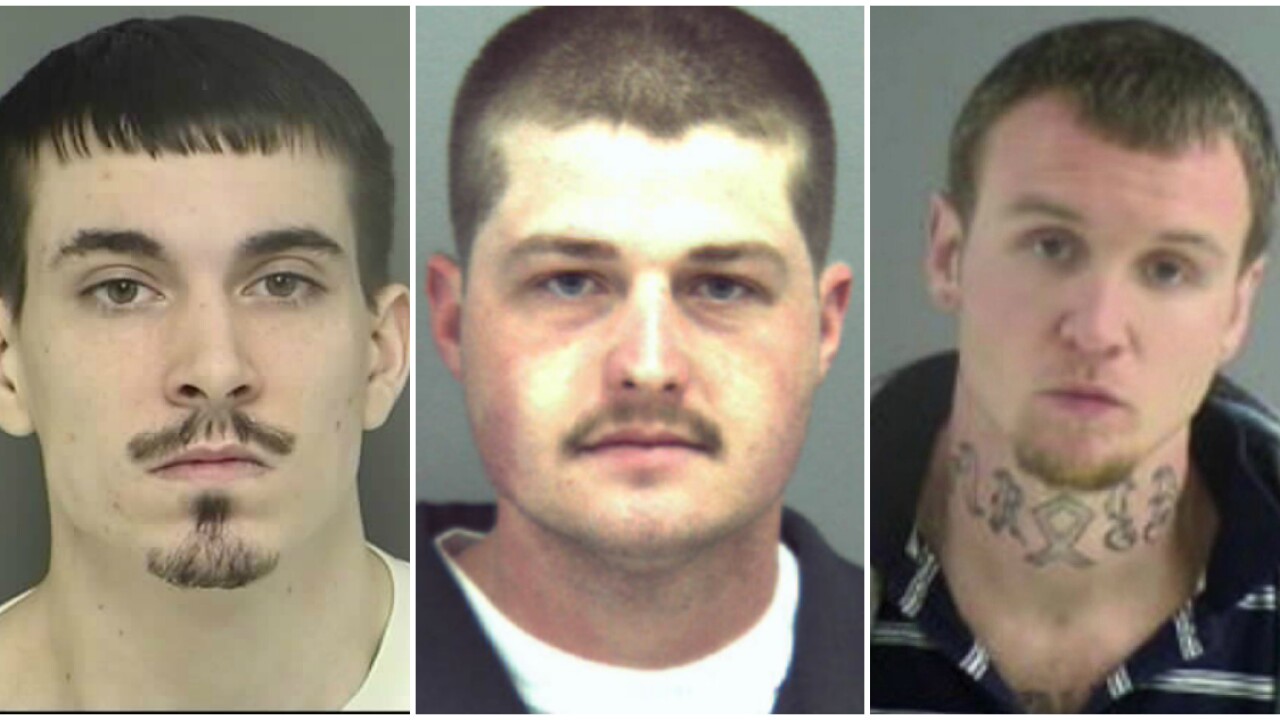 CHESTERFIELD COUNTY, Va. -- Federal court documents provide some disturbing details about an apparent plot by white supremacists in Chesterfield to incite a race war. They include plans to bomb and shoot up black churches and Jewish synagogues, as well as a plot to kill a local jewelry dealer, and rob an armored car, among other crimes. The crimes were to provide the proceeds to purchase land, weapons and training for the so-called coming race war.  But they were apparently foiled by the FBI.

“I walked to the end of the cul-de-sac, and saw 15 police cars, marked and unmarked, and K-9’s searching,” said a woman who did not want to be identified. “There were people wearing camo and carrying big weapons."

The documents reveal that, Robert Doyle and Ronald Beasley Chaney and others ascribing to a white supremacist version of the Asatru faith met inside a home on Candlelamp Lane in Chesterfield. The FBI received information that during a meeting there in late September members discussed acting out their extremist beliefs by shooting or bombing occupants of black churches and Jewish synagogues and plotting to kill an Oklahoma gun store owner.

It also alleged that Doyle met up with Charles Halderman of Henrico to plan the murder of a local jeweler, rob an armored truck and harm a Virginia gun store owner.

All three men are charged with one felony, for now.

"With all the allegations in there, this one charge is just the tip of the iceberg,” said CBS 6 legal expert Todd Stone.  “I expect other serious charges."

"It's always in the back of your mind,” said Rodney Clarke, the chairman of the trustees of a Baptist church near where investigators said the extremists’ meeting took place. “This is right around the corner."

Clarke said even before hearing the details in these documents, their church had already started securing the sanctuary.  "It's a shame you can't worship your god in peace,” he said. “You try to have your focus on him, but you have to worry about what's coming through the door."

The documents allege that Doyle had met with an undercover agent numerous times and checked out automatic weapons, explosives and silencers he wanted to purchase.

The purchases were supposed to happen last Sunday. Anyone with additional information can email a news tip here.