Woman stoned to death over alleged adultery in Afghanistan 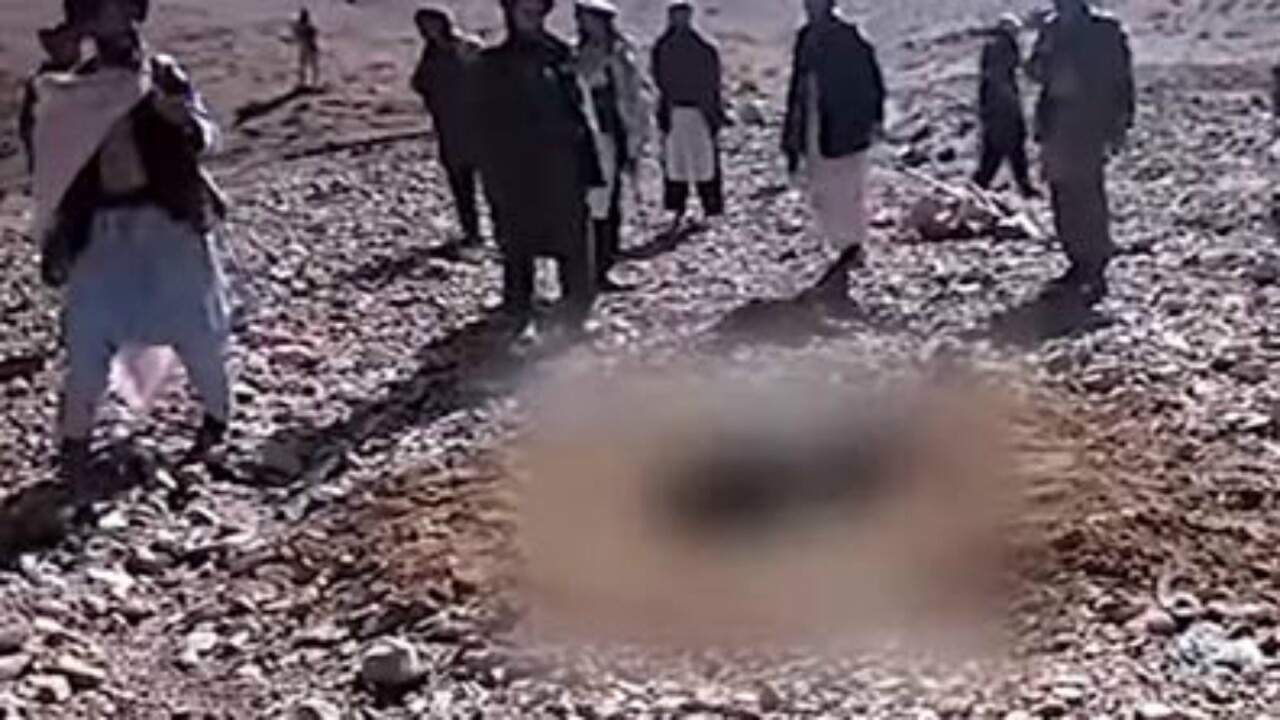 WARNING: This story contains material that some viewers may find disturbing due to its graphic content. Reader discretion is advised.

The men surround the woman as she stands in a hole dug into the stony ground, only her head pokes above the surface. Then they begin to pick up rocks and hurl them at her again and again from close range.

Her agonized cries grow louder as the barrage of stones intensifies.

The barbaric killing took place in a Taliban-controlled village in central Afghanistan last week, according to the provincial governor. Video of it, apparently filmed on a cell phone, has circulated on social media.

The 19-year-old woman, identified as Rokhshana, had been forced to marry against her will and recently fled with another man, said Seema Joyenda, the governor of Ghor province. The couple were caught after two days, and the Taliban leader of the village ordered that Rokhshana be stoned to death for adultery, Joyenda said.

The killing underlines the widespread problem of violence against women in Afghanistan. Earlier this year, the brutal killing of a 27-year-old woman by a mob in Kabul, the capital, stirred outrage both inside the country and around the globe.

Joyenda, one of two female governors in Afghanistan, said she cried as she watched the video of Rokhshana’s killing.

“It was really inhumane,” she told CNN.

A video posted online shows an Afghan woman accused of adultery being stoned to death https://t.co/Y21fFExDZg

But she said provincial authorities had so far not been able to do anything about the atrocity in the village of Aurdak, which the Taliban have controlled for nearly three years.

Joyenda said she has asked President Ashraf Ghani for reinforcements to help retake places like Aurdak but doesn’t know when she will have enough security forces and weapons.

Attacks on women and disregard for their rights have been widely documented by international organizations in Afghanistan.

“The prevalence of violence against women and harmful practices continues to be of serious concern,” said a report in April by the U.N. Assistance Mission in Afghanistan.

A report in the same month by Amnesty International raised concerns about the persecution of women’s rights activists in the country, not only by the Taliban and tribal warlords, but also by government officials.