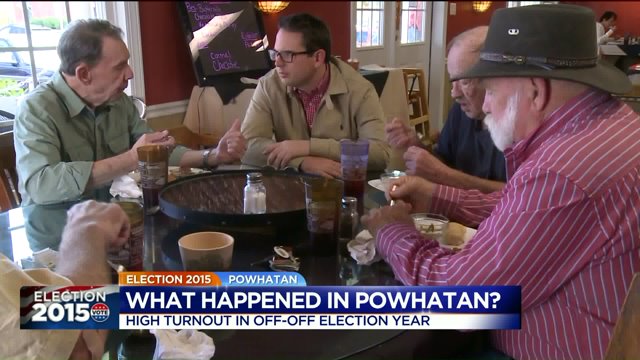 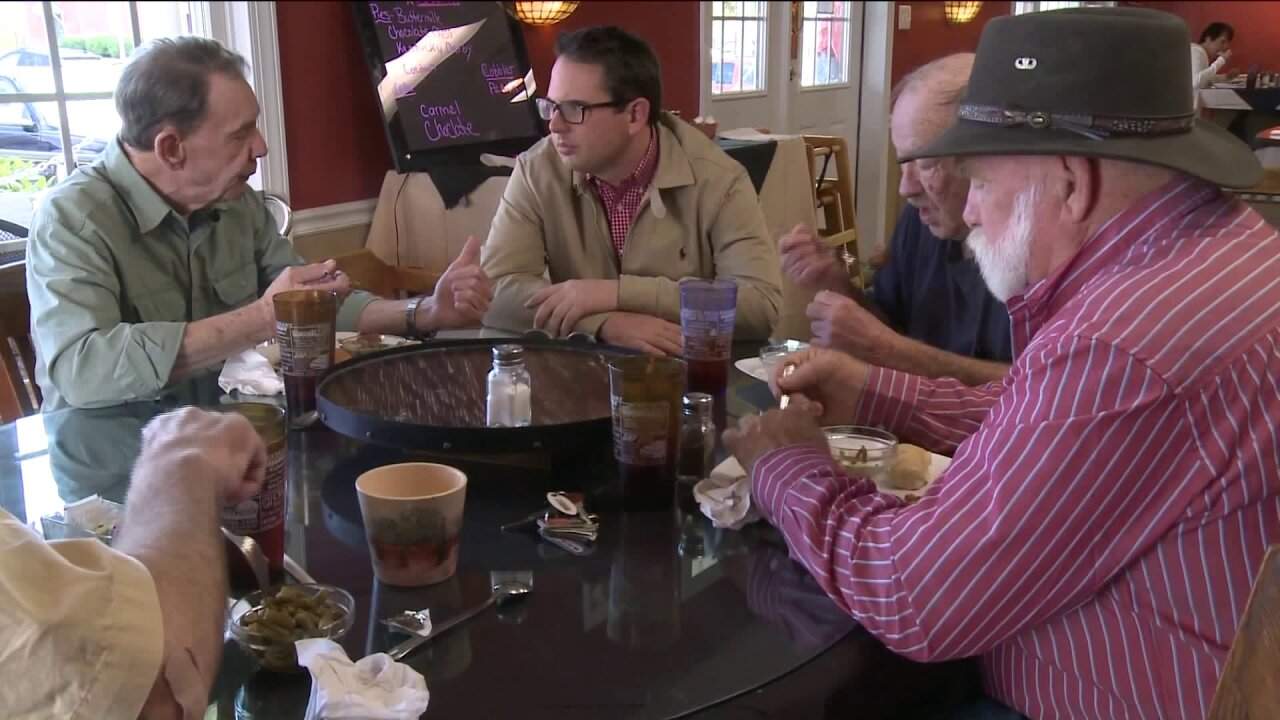 The margin left Democrats puzzled. In fact, they were so bewildered they did not concede until late Wednesday morning.

"Our turnout was 50 percent," Kathleen Alexander, the Director of the County Elections, explained.

"We wanted to make sure our local residents had the results first,"Alexander said. "They were so tied to this in such a deep way."

At the County Seat restaurant, a quaint Powhatan lunch and dinner spot, voters talked to WTVR CBS 6 Wednesday about why turnout was so heavy.

"Too many people out there want to disarm this country," Lynn Hammett, a county resident said.

Hammett said he voted because he believes in the right to protect yourself, supporting the theory by some analysts that the massive ad buy by gun control advocates actually encouraged more gun owners to vote.

Hammett's friend Cecil Glunt had another reason for voting "primarily for the board of supervisors and sheriff's race."

Powhatan experienced a hotly contested supervisors race with 12 candidates fighting for five spots with issues like education and taxes hanging in the balance.

As a result, Sturtevant benefited. In fact, he received more votes in the county than when Bob McDonnell, Ken Cuccinelli, or Ed Gilespie ran for statewide office. Surprisingly, voter turnout increased 35-percent from a similar election in 2011.