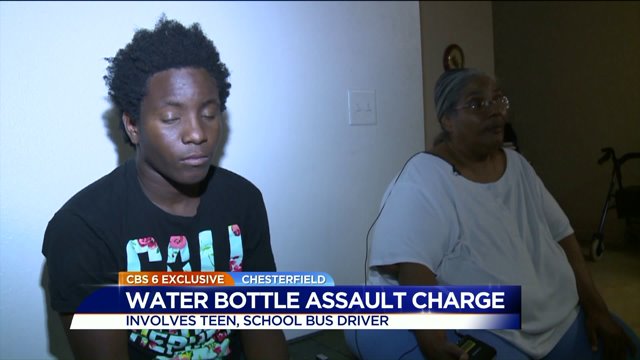 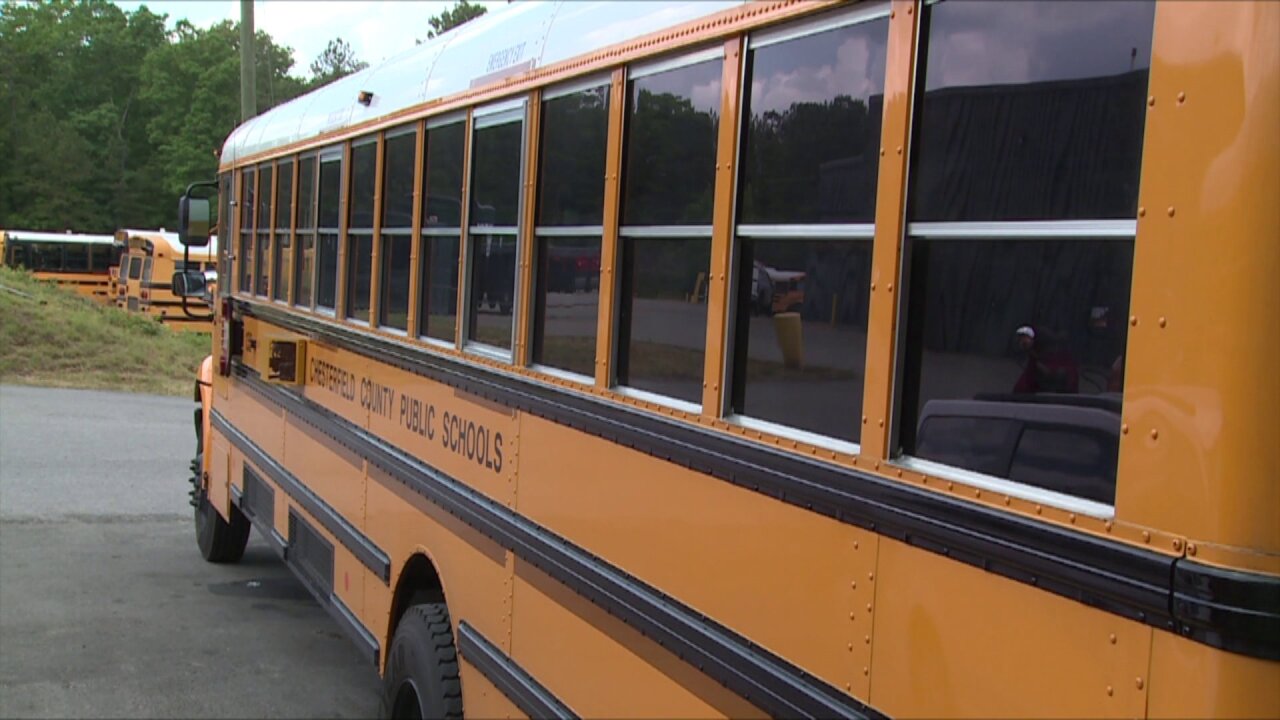 CHESTERFIELD COUNTY, Va. -- A 16-year old high school student and his school bus driver are both facing disciplinary action and even police charges after what happened with a water bottle during a ride home from school.

Elijah Davis, 16, said he has received a 10 day suspension from Meadowbrook High School and an assault and battery charge after throwing a water bottle at his bus driver.

"He let his emotions get the best of him,” said his mother, Patricia Brown. “I understand that. But the bus driver could've come to me."

Davis, a junior, is now serving a 10-day out-of-school suspension for an incident he said started when his bus driver referenced his skin color.

"That morning she was about to leave me, so I stepped up and grabbed the mirror,” said Davis. “She opened the door and said, ‘You know you’re black and wearing black, so I can't see you,’ I was like, ‘What?’"

Davis said that comment bothered him all day at school, to the point he told his friends there was only one way to “wash” it from his mind: "She called me black, so I’m going to throw water on her," said Davis.

Chesterfield Police said the water bottle never hit the bus driver, but the water did.

"Suspended from school?” said Brown.  “Pressing charges for water? Water, of all things?"

"Carrots, now water,” said CBS 6 legal expert Todd Stone.  “They normally don't handle things like this in court, but it looks like the schools are enforcing a strict policy. It really is the sort of thing that waters down the system when you start charging everything."

And everything includes the flip side of this story: Davis said after hitting the driver with water, she retaliated. "What about her?” asked Brown. “She threw it back at him."

Brown acknowledged the school system said that wasn't on the bus video tape, but Stone said that shouldn't matter

"If she threw the bottle back at him and he has witnesses, it could certainly be a charge of assault for her," said Stone.

CBS 6 reached out to Chesterfield County schools who referred us to the Chesterfield Police, saying it's part of their media summary and a police investigation.