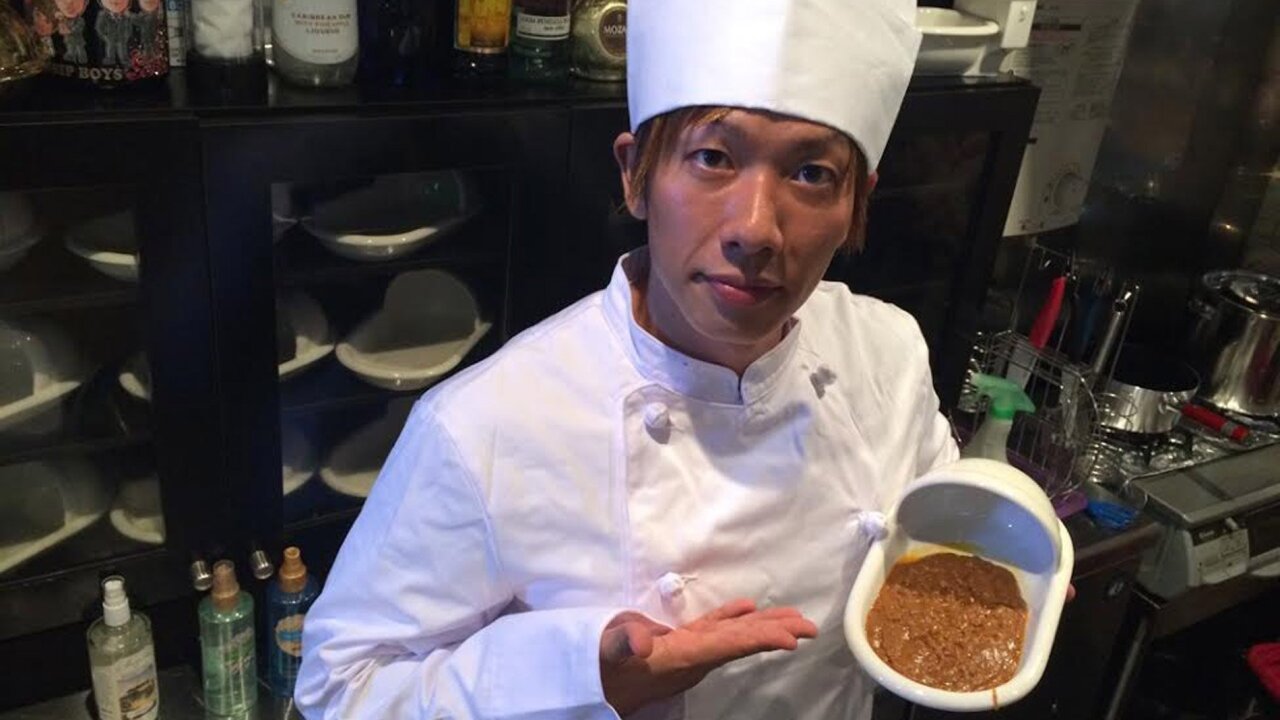 “It literally tastes like a piece of —-,” a diner says, covering her mouth and trying not to regurgitate the small spoonful of curry she just ate.

For restaurant owner Ken Shimizu, this is actually a compliment.

His Curry Shop Shimizu in Tokyo specializes in a dish that deliberately mimics the texture and flavor of feces.

Don’t click away in disgust just yet — it gets weirder.

His latest venture, according to restaurant manager Hiroki Okada, is an attempt to satisfy an unlikely lifelong desire to find out what excrement tastes like.

“For Shimiken and Pan Pong [the curry’s creator], it’s a question to settle before we die,” says Okada.

“We had had no choice but to answer the question with our imagination — until now.”

Inside Japan’s poo curry cafe  Ken Shimizu (pictured) has opened what could be the world’s grossest restaurant. Curry Shop Shimizu specializes in dishes that mimic the texture and flavor of feces.

Of course, they didn’t just jump right in an open a poo curry restaurant, first of all they did some market research, surveying 400 young adults.

And, when it found that 85% wouldn’t dream of setting foot in such a place, they promptly ignored it.

“We hope to defeat the market research data,” says Okado.

The owners describe their venue, which opened in August 2015, as a “joke restaurant.”

They say it’s not so much about sating appetites as giving diners a good time — or as good a time as is possible over bowls of stinking brown gloop.

“Instead of eating curry, the purpose of coming to the restaurant is to have fun,” says Okada. “The curry is just a trigger.”

Achieving that “authentic” poo flavor involves an arsenal of ingredients.

“We also add kusaya, a sun-dried salted horse mackerel that gives off the smell of dog dung,” says Okada.

The curry is served in a container shaped like a traditional Japanese toilet bowl.

Better than the real thing?

And here’s where it gets even weirder — and more disgusting.

The restaurant knows its curry tastes like poo because, brace yourselves people, Ken Shimizu has allegedly eaten poo (or so he claims).

“Shimiken has eaten feces many times — 250 people’s — so he can examine whether the curry tastes the same as the real thing,” Okada adds.

CNN has been unable — and, frankly, unwilling — to confirm the curry’s authenticity, but reviews have been mixed.

Of the 300 customers who graced the restaurant in its first month, more than 90% manage to finish their curry, according to the owners.

Some, apparently, develop such a taste for it that they go on to eat their … let’s stop right there.

Despite the awful taste, the cost of the curry is very high and profit margins are small.

But Okada claims he’s able to bank on some loyal customers.

“Many guests visit the restaurant every day and there are more and more returned customers,” he says.

“Most visit to satisy their curiosity — they want to know what feces taste like. Some use it as a penalty game. Many customers return because they enjoy seeing other guests’ reaction.”

The owner hopes his restaurant will develop a global reputation that will bring in foreign diners.

If that doesn’t pan out, he’s always got his day job to fall back on.