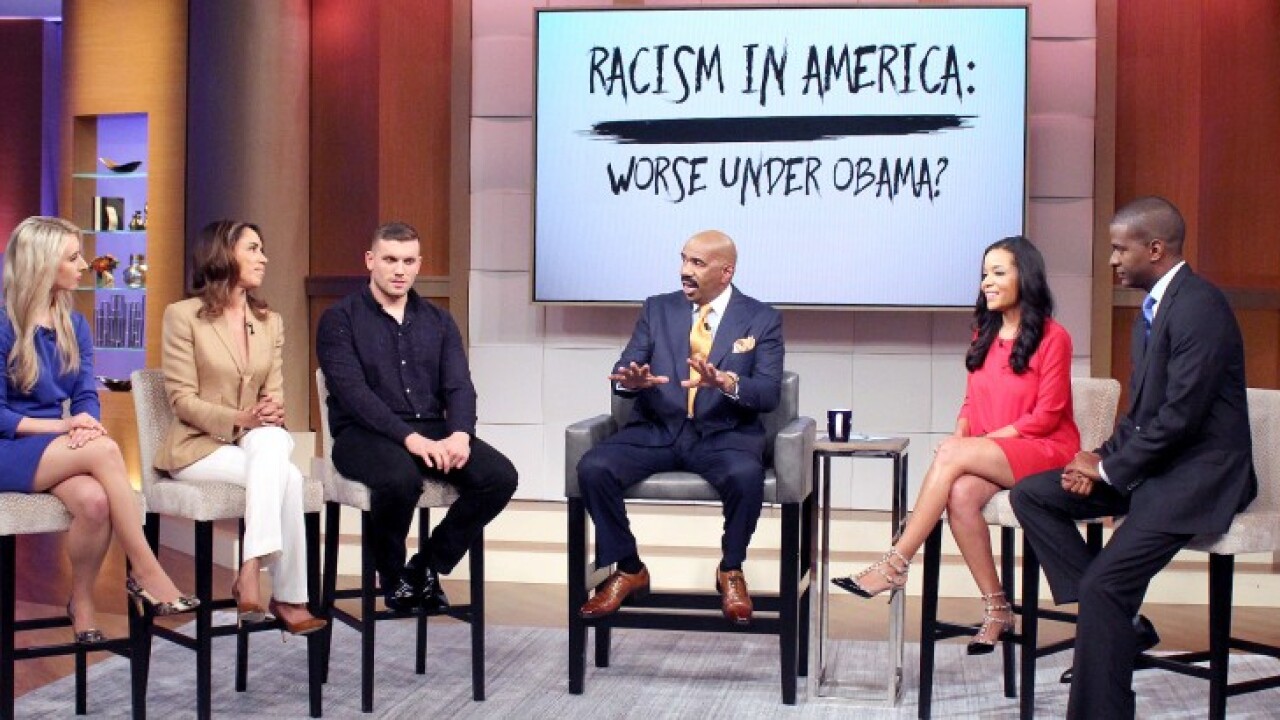 There’s a four letter word that no one wants to talk about and makes many people very uncomfortable. That word is RACE. In September, Steve Harvey presented an hour long episode diving into the topic “Are We Racist,” with an honest discussion about rising racial tensions and subliminal racism throughout our society. Steve will continue the conversation on this Wednesday’s episode of “Steve Harvey” (November 4) by asking the question, “Are we too sensitive?” when it comes to race.

To encourage conversation and dialogue with his audience members, Steve will declare the “Steve Harvey” stage a “Safe Space,” free of judgment so that people can ask honest questions without the fear of backlash.

All hour, Steve is tackling the race-based questions that people are too uncomfortable to ask – but also making it a point to laugh and see the humor in some of the differences between the races.

Tune in to hear the panel’s thoughts on the following topics:

Plus, Steve welcomes two people who made racially charged comments on social media and the repercussions have changed both of their lives forever. See how Steve feels about each of their pleas requesting redemption from their past mistakes. On the flip side, Steve welcomes a woman whose son was the target of an online racially charged comment and it too, affected their lives in ways that they could not imagine.