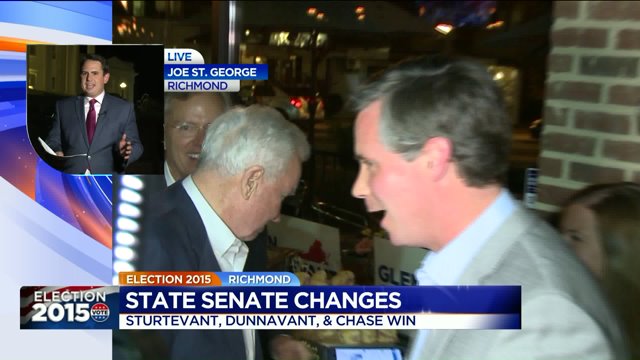 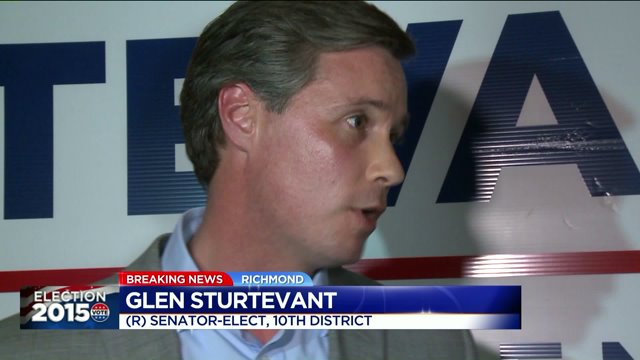 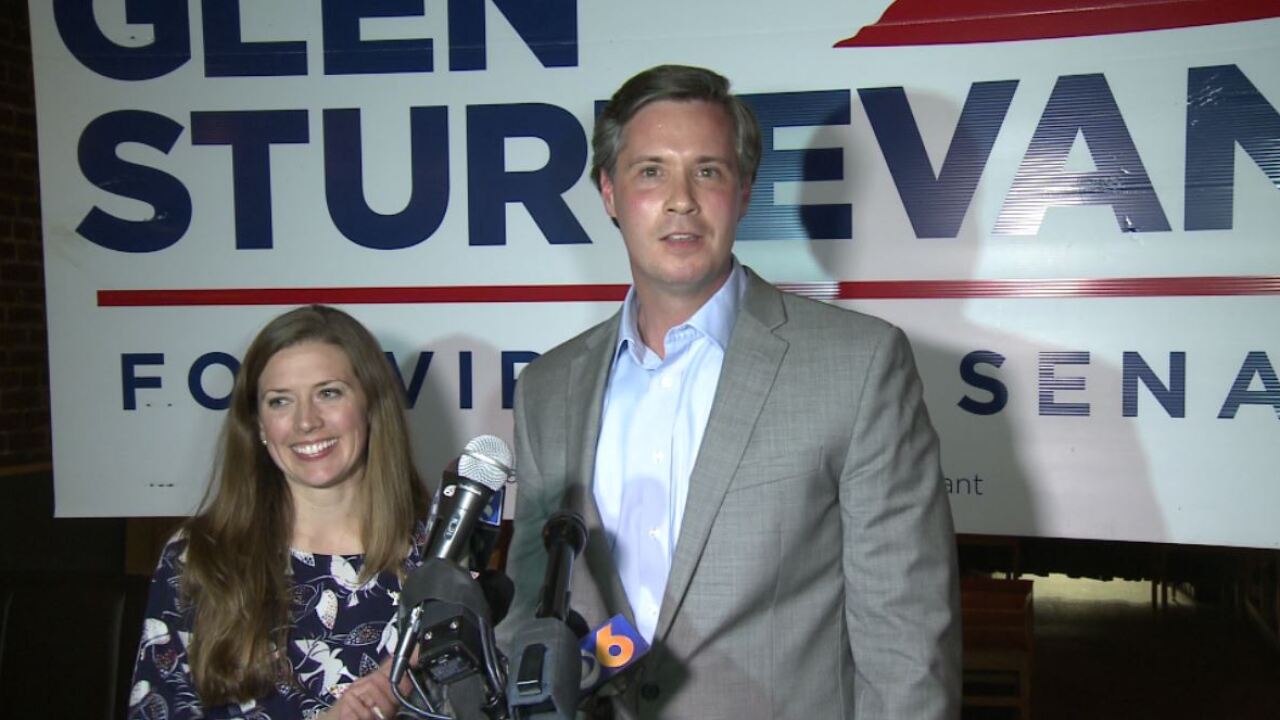 RICHMOND, Va. -- Republican Glen Sturtevant has defeated Democrat Dan Gecker in the pivotal 10th District Virginia Senate Race. While the Virginia State Board of Elections website lists Gecker in the lead, votes from Powhatan County have not yet been submitted to the board.

Sturtevant's win may help the Republican Party maintain control of the Virginia Senate. The Sturtevant-Gecker race was viewed as one race that could help Democrats take over power in the State Senate by evening the numbers there. Tie votes in the Senate would then have been broken by Democrat Lt. Governor Ralph Northam.

With so much on the line politically, around $3 million was spent by the candidates and outside special interest groups, according to CBS 6 political analyst Dr. Bob Holsworth. He called the spending on this year's competitive races "unprecedented."