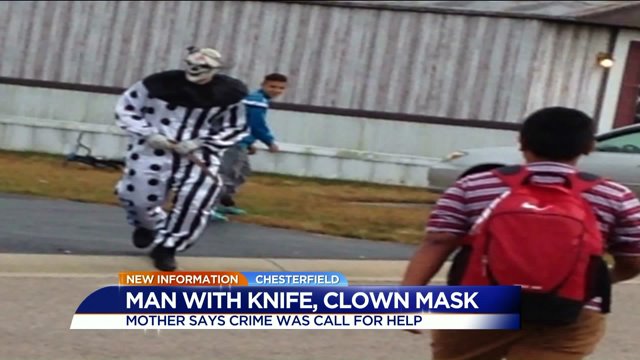 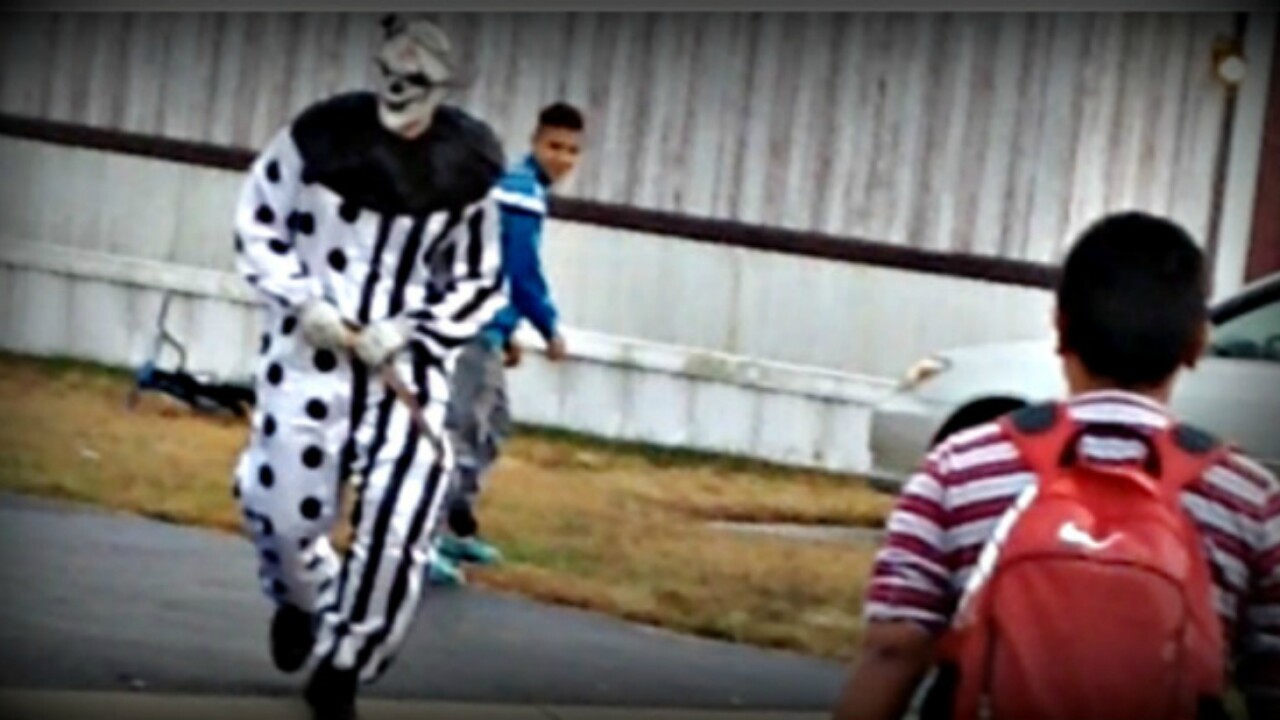 CHESTERFIELD COUNTY, Va. -- Police arrested a Chesterfield man after receiving a report he was wearing a clown costume and mask, holding a knife, and chasing children from a bus stop Friday afternoon.

Nathanial Dunivin is now charged with wielding a butcher knife in a 'killer clown' costume he ordered online.

His mom Misty Dunivin said it was a Halloween prank, but really a cry for help.

“If they overkill with punishment, it just may kill him,” said Misty. “He has taken two steps forward and now four steps back."

She admits her former soldier son needs help and said it's obvious a tour in Afghanistan is still taking a toll. "He got that costume and like a 12 year old started skipping through the house,” she said.

“He said he wanted to get his sister from the bus like he did the previous year, wearing a gorilla costume."

The gorilla costume was laughed at then, but the clown costume wasn't a hit last Friday.

"For one, it's a clown outfit and people are scared of that,” said Misty.

Kids at the Greenleigh Mobile Home Park bus stop said Dunivin never threatened anyone, but his costume and knife made them run home and tell an adult.

"I'm not excusing the fact that he took that,” said his mother. “He has better sense, but sometime in the last year-and-a-half since returning, the right thing doesn't register as quick as it should."

She said so far, her family’s cries for help have fallen on deaf ears. But Monday afternoon she got reassurance from Veterans Affairs who said they stand ready to help and will facilitate his care when Dunivin is ready.

Misty said the time is now.

"I want him to understand what he did was wrong,” she said. “I think he does know it's the worst mistake he could've ever made."

Nathaniel Dunivin has been transferred to Riverside Regional Jail where they have mental health resources.  Mom plans on working with the VA to expedite help from the government.