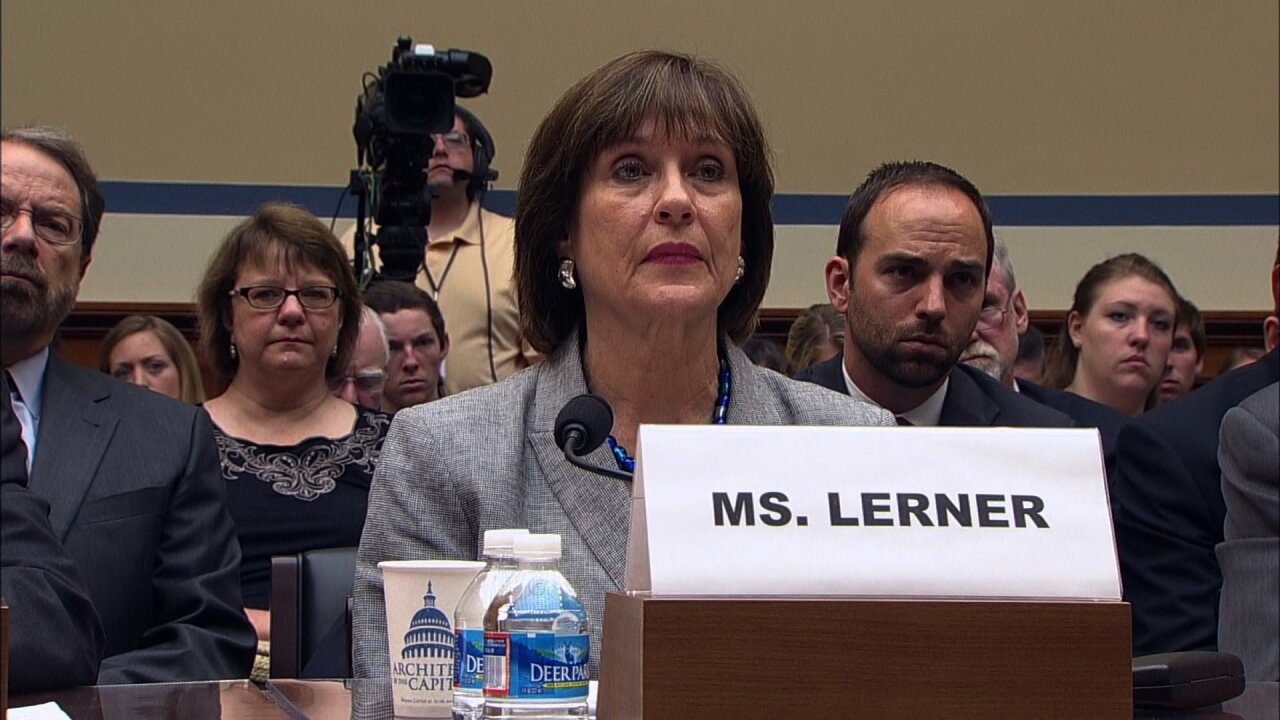 Lois Lerner former director of the Exempt Organizations Unit of the US Internal Revenue Service speaks to the House Oversight Committee Wednesday, May 22, 2013.

WASHINGTON — The Justice Department notified members of Congress on Friday that it is closing its two-year investigation into whether the IRS improperly targeted the tea party and other conservative groups.

There will be no charges against former IRS official Lois Lerner or anyone else at the agency, the Justice Department said in a letter.

The probe found “substantial evidence of mismanagement, poor judgment and institutional inertia leading to the belief by many tax-exempt applicants that the IRS targeted them based on their political viewpoints. But poor management is not a crime,” Assistant Attorney General Peter Kadzik said in the letter.

The IRS scandal exploded in May 2013 when Lerner answered a planted question at an American Bar Association event and apologized for inappropriately scrutinizing some groups applying for a tax exemption. Her response fueled a full-on scandal within hours that shook the Obama administration. Congressional hearings were held within weeks and the interim leader of the IRS was forced from office.

The IRS mishandled the processing of tax-exempt applications in a manner that disproportionately impacted applicants affiliated with the tea party and similar groups, leaving the appearance that the IRS’s conduct was motivated by political, discriminatory, corrupt, or other inappropriate motives.

The IRS, which has a broad mandate ranging from tax collection to the implementation of key Obamacare provisions, has struggled to recover from the scandal. Obama nominated John Koskinen, a well-known turnaround manager, to run the agency.

Kadzik found “no evidence” to support a criminal prosecution.

“We found no evidence that any IRS official acted based on political, discriminatory, corrupt, or other inappropriate motives that would support a criminal prosecution,” Kadzik said. “We also found no evidence that any official involved in the handling of tax-exempt applications or IRS leadership attempted to obstruct justice. Based on the evidence developed in this investigation and the recommendation of experienced career prosecutors and supervising attorneys at the department, we are closing our investigation and will not seek any criminal charges.”

“Today, the Justice Department confirmed the same conclusions we had years ago,” Rep. Elijah Cummings, the ranking Democrat on the House Oversight Committee, said in a statement. “Over the past five years, Republicans in the House of Representatives have squandered literally tens of millions of dollars going down all kinds of investigative rabbit holes — IRS, Planned Parenthood, Benghazi — with absolutely no evidence of illegal activity.”

But former House Oversight Committee chairman Darrell Issa, R-California, said the DOJ’s decision gives the impression that “government officials are above the law.”

“The Justice Department’s decision to close the IRS targeting investigation without a single charge or prosecution is a low point of accountability in an administration that is better known for punishing whistleblowers than the abuse and misconduct they expose,” Issa said in a statement. “After stating that their investigation confirms that tea party and conservative groups were improperly targeted, they dismiss it merely as a byproduct of gross mismanagement and incompetence — ignoring volumes of evidence in the public record and efforts to obstruct legitimate inquires.”

And Rep. Paul Ryan, the chairman of the tax-writing Ways and Means committee and the likely successor to outgoing House Speaker John Boehner, called the DOJ’s announcement “predictable” and said his committee will continue its investigation into the IRS’s actions.

“Through these investigations we have uncovered serious and unprecedented actions taken by the most senior IRS official in charge of the non-profit unit, Lois Lerner, to deprive conservative organizations of their constitutional rights,” Ryan said in a statement. “Despite the DOJ closing its investigation, the Ways and Means Committee will continue to find answers and hold the IRS accountable for its actions.”