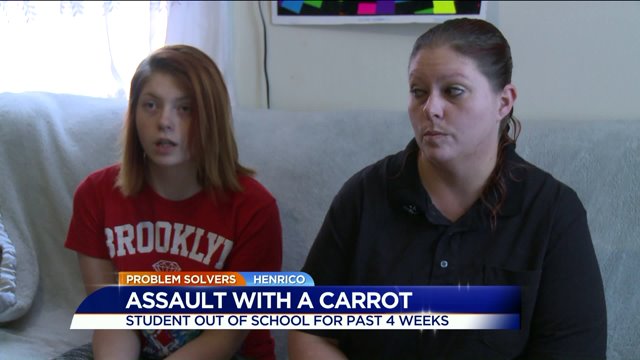 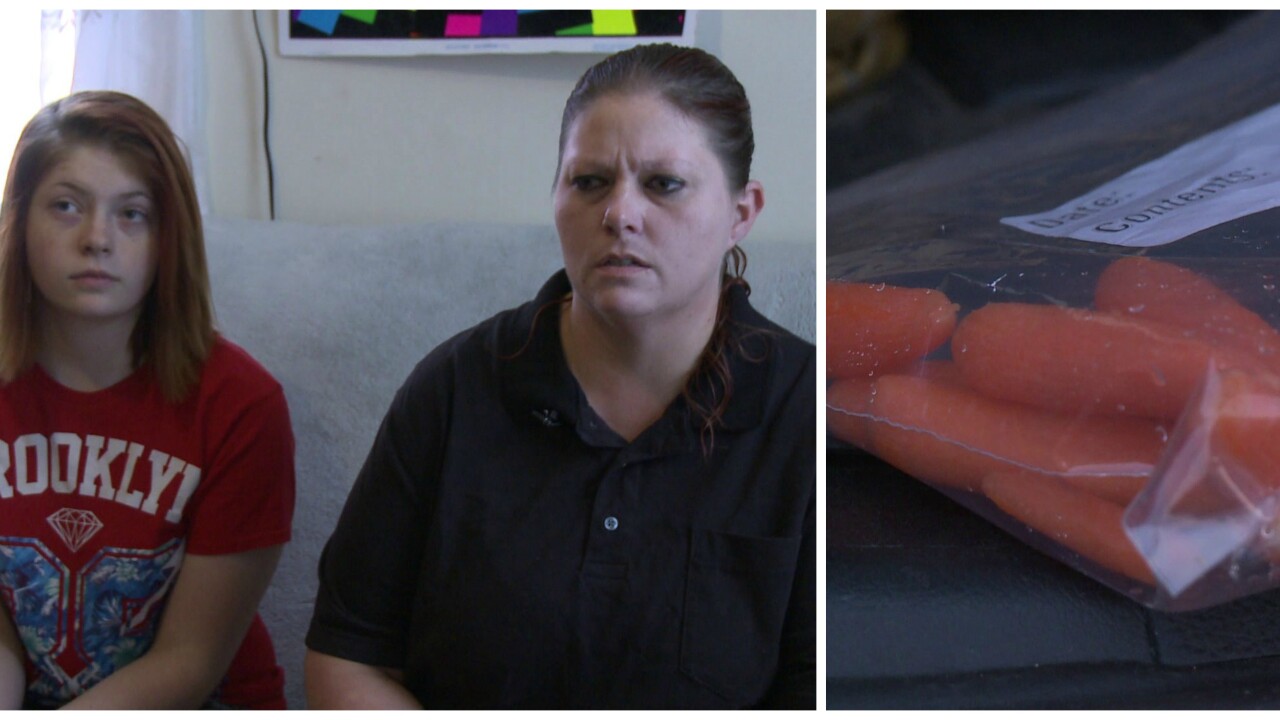 "I don't even know how to combat the stupidity," Karrie May, whose 14-year-old daughter Aliya is currently suspended for launching the vegetable, said. May said her daughter has been out of school for a month.

"I don't understand this,” May said. “Yes, it happened, and I can see a couple of days in school detention or even a couple days out-of-school suspension.  But this goes way beyond that. We have to go to court, and her charges aren't small: assault and battery with a weapon."

Aliya said she left class and saw a teacher she had last year in the hallway. So, as a joke, she said she reached for a baby carrot she had stashed at lunch and tossed it towards the teacher, never thinking she'd hit her in the forehead.

Karrie May and her daughter Aliya.

"If it's a soft carrot, it may not be as offensive,” said CBS 6 legal expert Todd Stone.  “But if it's a raw carrot, you don't have to have an injury or show you were hurt to prove a battery. It just has to be an offensive, vindictive touch. That's what the law says."

Henrico Schools declined to comment on the carrot case.

Documents show the carrot was just under 2 inches long.

Karrie May said the school’s Disciplinary Review Board sent a letter recently to try to get her daughter to admit guilt. She said they respectfully declined. Now mom said they await a summons to see what happens next.

"This could go before a judge and there could be sufficient evidence to find her guilty, but I don't think it's something a judge would want to find her guilty of,” Stone said. “They may offer her counseling, sort of a carrot at the end of a stick."

Should Aliya be charged with a crime? Sound off on the WTVR CBS 6 Facebook page.