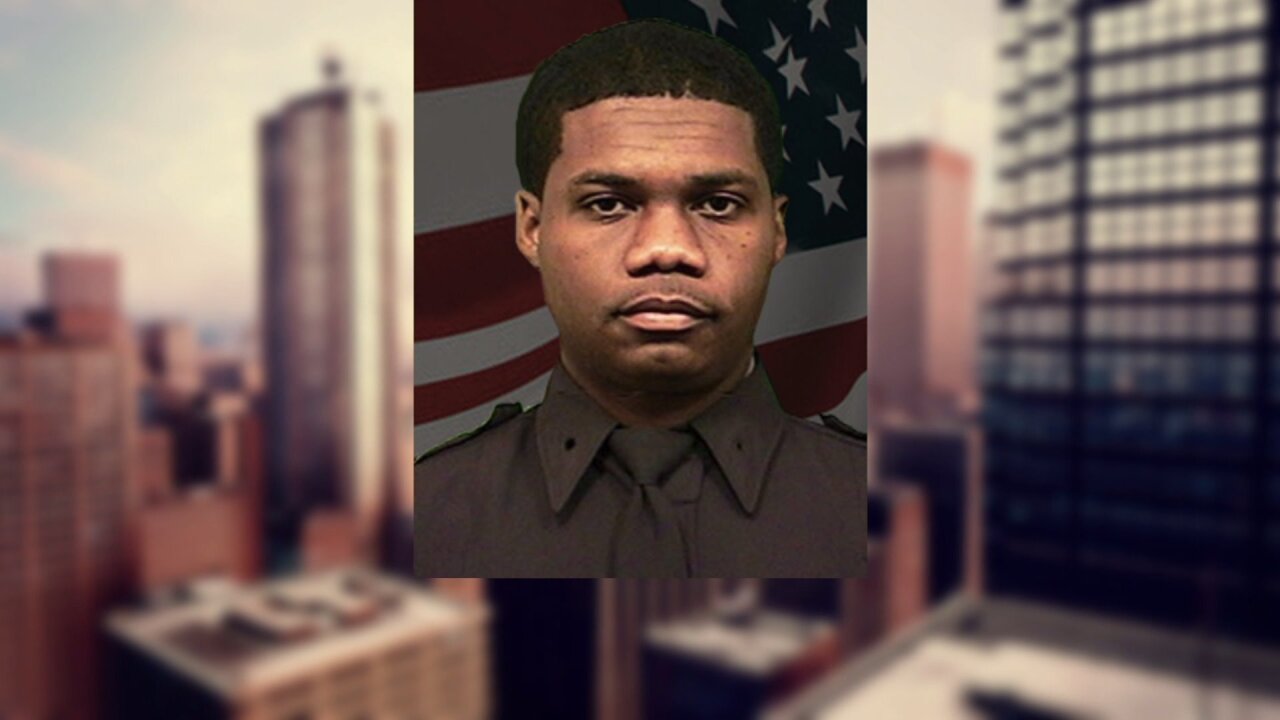 NEW YORK  — A New York police officer died after he was shot in the head Tuesday night while chasing a robbery suspect, authorities said. Officer Randolph Holder was shot while responding to reports of a gunman in East Harlem, and he died a few hours, Police Commissioner William J. Bratton said.

He was the fourth officer killed in the line of duty in the city in the past 11 months, according to Bratton.

The incident started following a report of an armed robbery.

“Responding officers were told by a victim that his bike had been stolen at gunpoint,” Bratton said.

Holder, 33, and his partner were in plainclothes when they saw a suspect riding a bike on a pedestrian overpass.

The pair, part of a unit that works in the city’s housing developments, indicated they were chasing more than one person, then exchanged gunfire with them, authorities said.

Holder was shot in the head, and he was taken to a local hospital, where he died.

Holder was a native of Guyana, the son and grandson of police officers.

“Three generations of police in this family. And now the latest generation served here with us in the New York City Police Department,” Bratton said.

“And tonight, he did what every other officer in the NYPD does. When the call comes, he runs toward danger. It’s the last time he will respond to that call.”

‘Our hearts are heavy’

Mayor Bill de Blasio, who addressed the late-night news conference, said the city is in mourning.

“We are fighting to understand the loss of a man who did so much, cared so much, dedicated so much to protecting others,” he said.

“An immigrant who wanted to give back to his city and his country. … In the words of Abraham Lincoln, a man who gave the last full measure of his devotion on behalf of a city he loved.”

Holder joined the department in 2010.

The person suspected of shooting the officer was arrested four blocks away, and is in hospital with gunshot wounds in his leg.

He is expected to be released to police custody Wednesday morning, Bratton said.

Police took three other men into custody for questioning on their possible involvement.

Holder is one of four officers killed in New York in the past year.

The other three include Brian Moore, who was fatally wounded as he sat in an unmarked police car in Queens with his partner on May 2. The officers saw a man adjusting something in his waistband, and when they pulled up behind him to ask, the man opened fire on them, hitting Moore. His partner was uninjured.

On December 20, 2014, a gunman approached officers Rafael Ramos and Wenjian Liu as they sat in their car in Brooklyn and shot them both in the head. The suspect then killed himself.

In an unrelated incident, a police officer was shot during a standoff at a home Tuesday night near Prestonsburg, Kentucky. Officer Adam Dixon suffered gunshot wounds to the chest and was hospitalized, but his condition is unknown, CNN affiliate WYMT reported.

A standoff with the suspect was underway at a home early Wednesday, the affiliate reported.