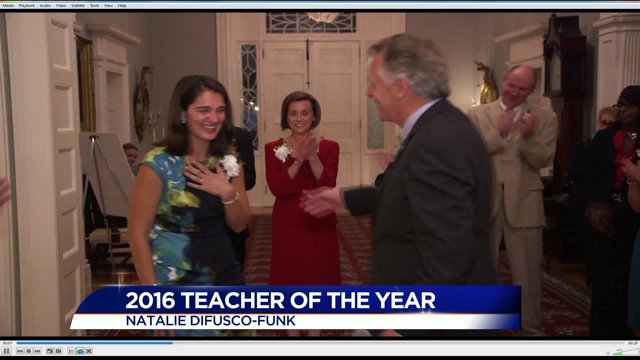 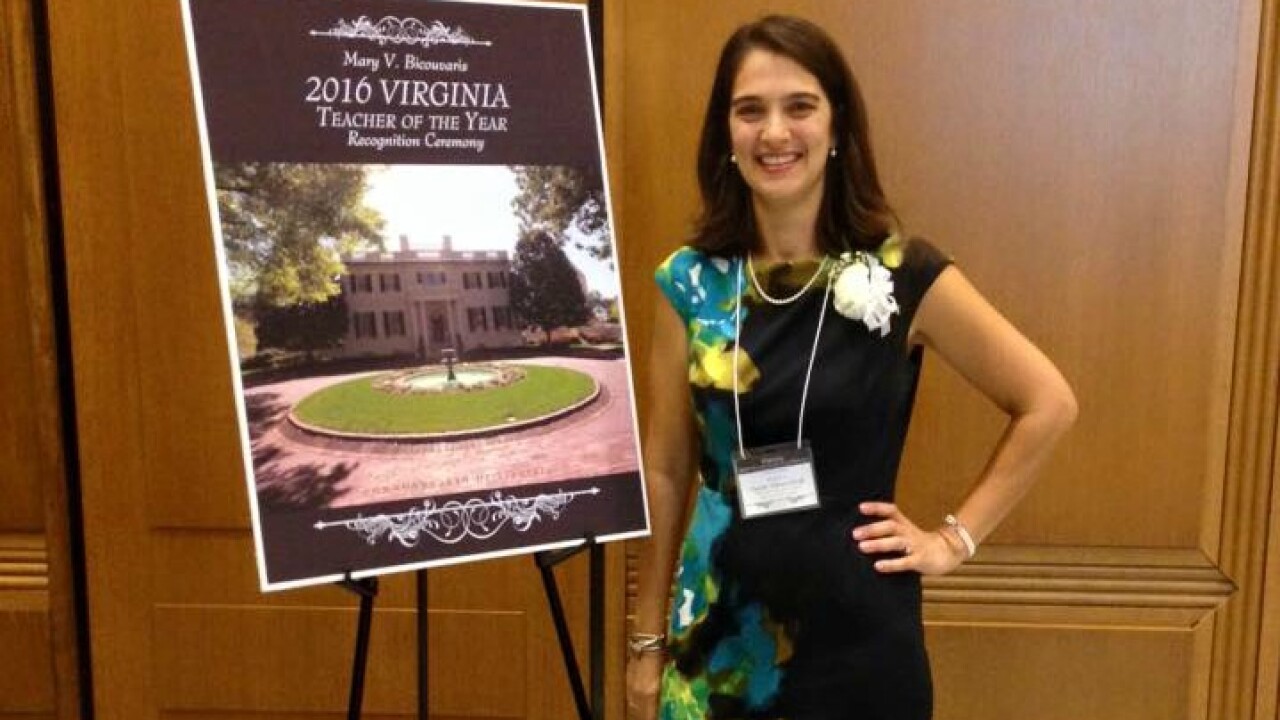 RICHMOND, Va. – Virginia Governor Terry McAuliffe announced the selection of Natalie DiFusco-Funk, a fifth-grade teacher at West Salem Elementary in Salem, as the 2016 Virginia Teacher of the Year.

The announcement took place Monday evening during a reception at the Executive Mansion in Richmond.

“Natalie is recognized by her peers, by her principal, by the superintendents of her region — and now by the commonwealth — as the best of the best,” Governor McAuliffe said.

“As the 2016 Virginia Teacher of the Year, Natalie will represent the tens of thousands of outstanding classroom educators whose creativity, content knowledge and love of teaching have made Virginia’s public schools among the best in the nation.”

DiFusco-Funk is a 12-year veteran of the classroom and is in her fifth year as a fifth-grade teacher at West Salem Elementary.

DiFusco-Funk said she knew she wanted to be a teacher on her first day of school as a fifth grader.

“There was no other career path for me, and it was literally a dream come true when I began my career 12 years ago,” she said.

She earned her Bachelor of Arts in Education and Master of Education at Boston College. DiFusco-Funk earned National Board Certification in Literacy in 2013.

“Natalie is an exceptional teacher and a consummate professional who positively changes the lives of young people and facilitates the growth and development of her colleagues,” Salem Superintendent H. Alan Seibert said.

The Virginia Department of Education also held a ceremony honoring eight 2016 Virginia Regional Teachers of the Year who were in the running to be named as the commonwealth’s top teacher. Those teachers include: