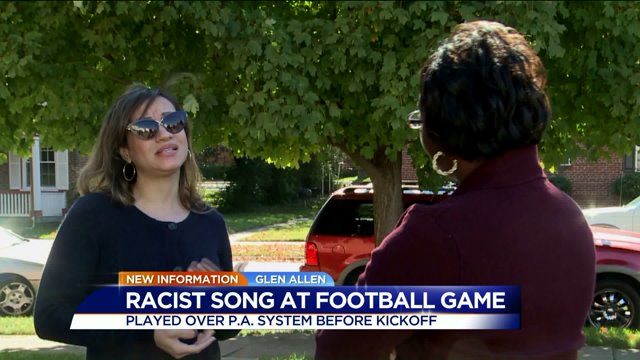 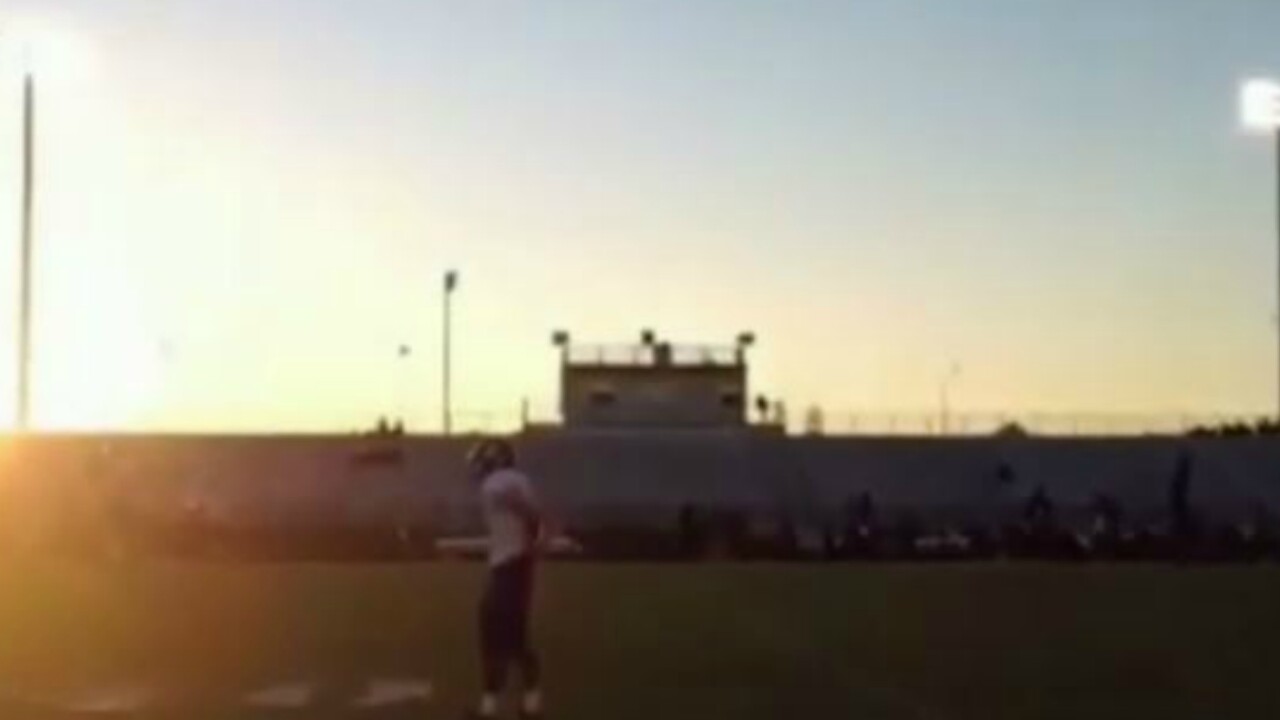 GLEN ALLEN, Va. -- The principal of Glen Allen High School offered an apology and promised an investigation after a racist song was played over the public address system before Friday night's Homecoming football game. The song, which was derogatory toward African-Americans and featured the N-word, shocked and angered many in the crowd who heard it live and who later saw video clips that were shared on social media.

"I find it offensive and I'm white," another WTVR Facebook fan said. "We don't need more hate in our society. We need to live one another and not start trouble."

I learned today that an inappropriate song played during warm-ups at our varsity football game last night that contained racially explicit content that your community and our community, understandably, found offensive.

I do not know how the song made it into the mix of tunes, and we are investigating to determine the source. We regularly review play lists, and I am at a loss as to how such a song was included. I was involved in pre-homecoming activities and did not hear the song; however, my athletic director heard the song and responded immediately.

Please know this unfortunate incident does not reflect the broader Glen Allen High School community. We are a diverse and inclusive community and are appalled that the instigator of this event has sent a message contrary to our beliefs and practices.

After the game, the handshakes went well, and your band performed in an exemplary manner. They were full of joy after their win, and the Glen Allen fans enjoyed watching them celebrate.

Principal Miller said once the school determined the source of the "unfortunate event" that appropriate disciplinary action would be taken.