‘Yo dog, that’s me’ Man sees picture on WTVR app, surrenders to police 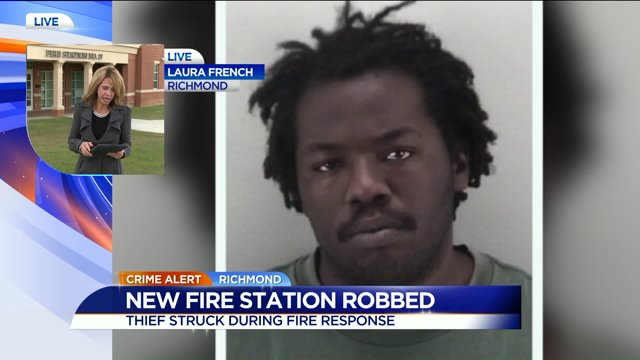 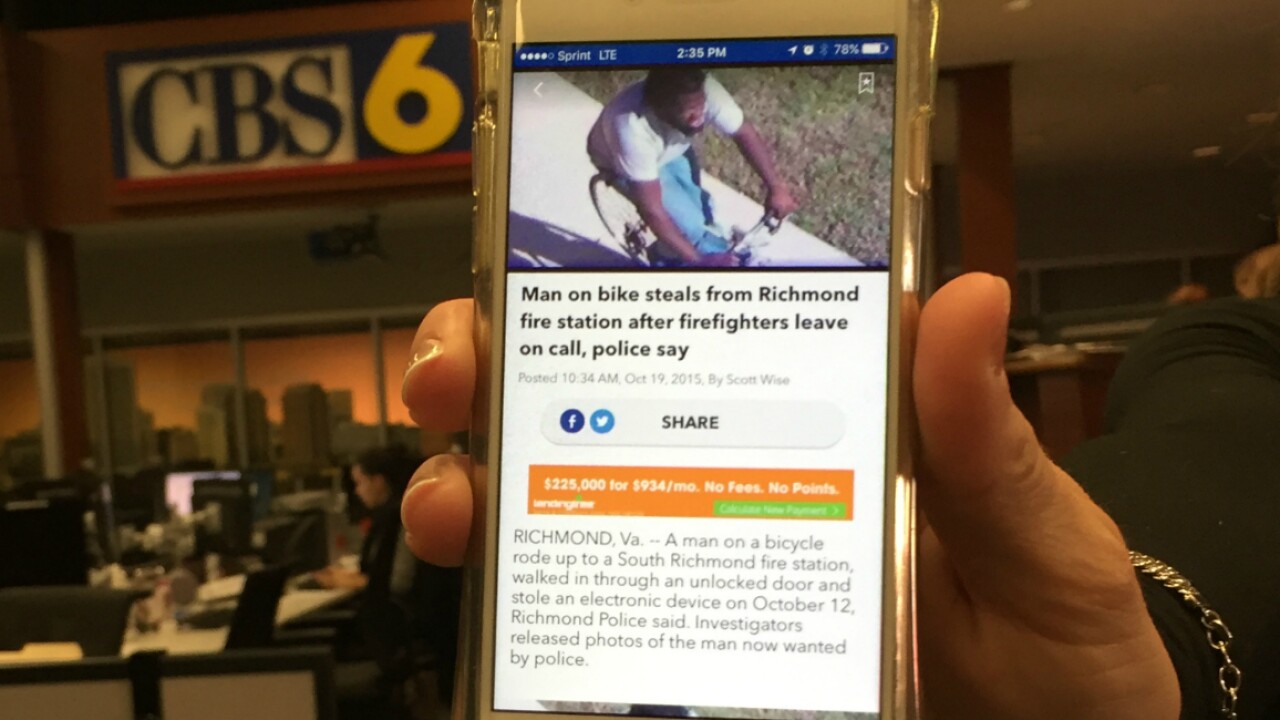 RICHMOND, Va. -- A man walked into a Richmond Police precinct Monday, held up the WTVR news app and said "Yo dog, that's me" to the officers in the room. Soon after he made that statement, Edward Faggins, 28, of West Clay Street, was charged with grand larceny.

"At approximately 3:05 p.m., the man in the photos rode his bicycle up to Fire Station #17, located at 2211 Semmes Ave., just after firefighters had left on a call for service," a police spokesman said about the crime. "The suspect entered through an unlocked rear door and stole an electronic device belonging to a city employee. The suspect left through the same door, mounted the bicycle in the photo and rode away."

"He has a beard and dreadlocks and was wearing a t-shirt with the Lowe’s logo," police said.