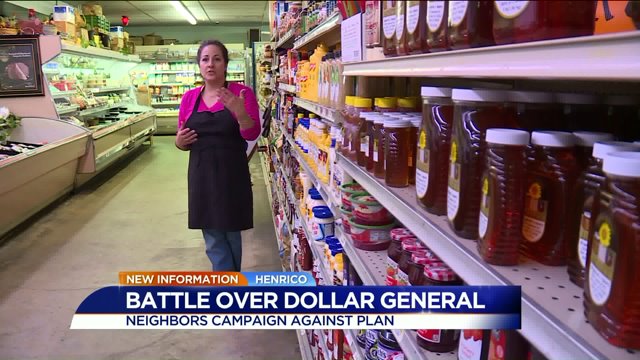 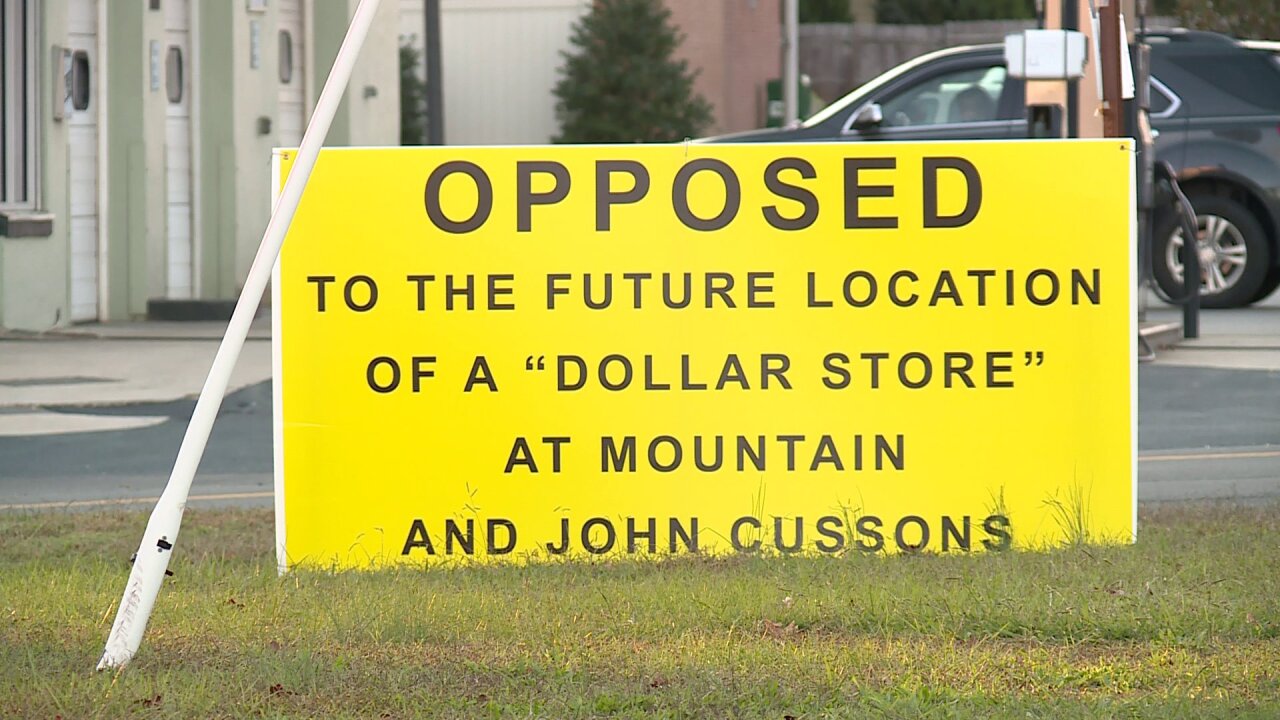 HENRICO COUNY, Va. -- Hundreds of members of the historic Glen Allen community along Mountain Road in Henrico County are banding together to try to stop a Dollar General store from being built in their neighborhood.

Dollar General spokesperson Dan MacDonald said the land is zoned for commercial business, and the developer who owns the land wants to lease it to the store.

Dollar General and the developer are currently scheduled to present their proposal to the Henrico Planning Commission on October 28.

But, Rhonda Abernathy, who owns the Glen Allen Supermarket across the street from where the Dollar General would go, is helping orchestrate an effort to try to stop the store from coming.

Abernathy said Dollar General can operate more cheaply than she can, and “it’s possible” the store would force her to close her mom and pop store.

Several others who live in the neighborhood said they feel the store would ruin their community and bring down property values.

“We won’t go in there, they’ll get nothing out of us,” Florence Clarke, who lives in Glen Allen said.

“No, no, no, no,” Monica Herbert, who also lives in Glen Allen, said when she heard the store might come to her neighborhood.

MacDonald said Dollar General will benefit the community by offering low prices and convenience, and it will fit into Glen Allen nicely because it would have a similar look and feel to the new Dollar General on New Market Road in Varina.

But, Herbert said she remains skeptical.

“We don’t want the traffic, the hours, the people,” Herbert said.

MacDonald said the developer is organizing a community meeting on October 26 for people to learn more about the project and voice their opinions.