Ex-coach says Lamar Odom breathing on his own, reveals what he told Khloe Kardashian 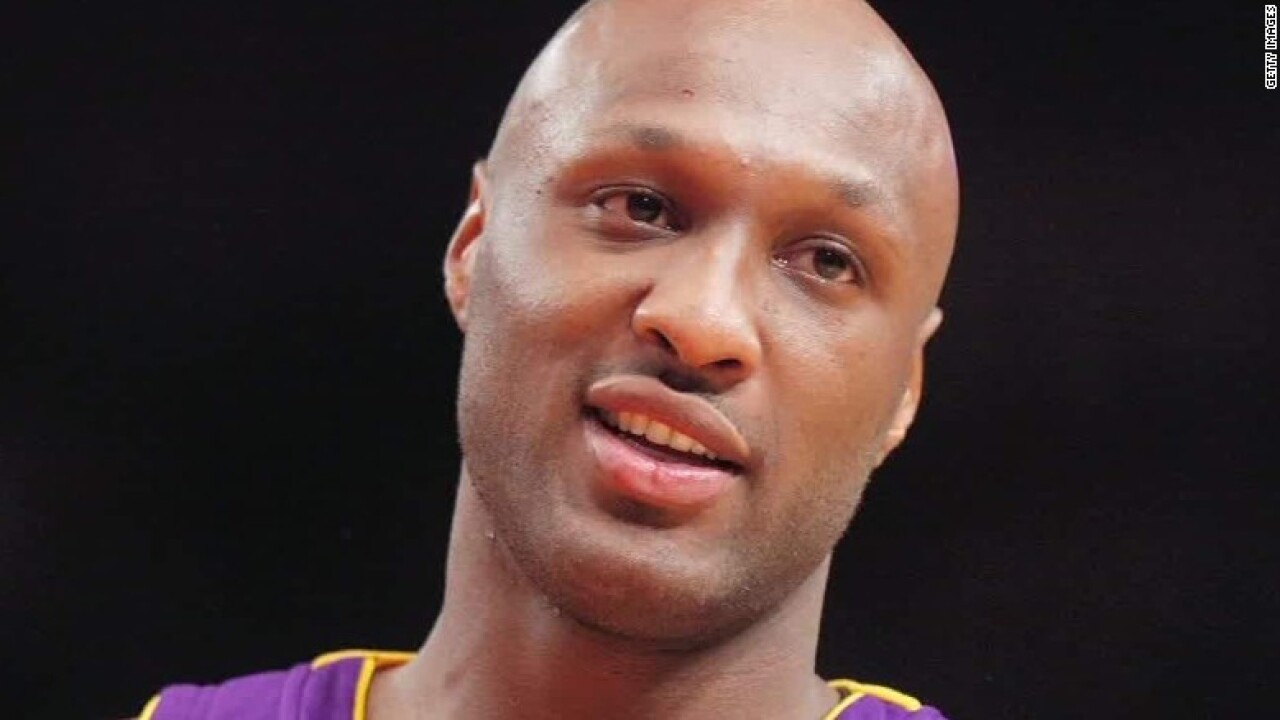 Former NBA star Lamar Odom is breathing on his own and told his estranged wife, Khloe Kardashian, “I love you,” according to his former coach Jim Harrick.

Harrick, who coached Odom in college, appeared Monday on CNN’s “New Day.” He said that the 35-year-old athlete has made, “a little bit of progress.”

Odom was hospitalized last Tuesday after he was found unconscious at the Love Ranch, a brothel in Nevada where he had been holed up for several days.

Little is known about what left him unresponsive at the brothel. Love Ranch owner Dennis Hof recently told CNN that Odom was, “in a good frame of mind” when he was taken to the brothel, and that he ate and slept well there.

“He picked a couple of girls, and he had the time of his life,” Hof said.

In three days at the brothel, Odom spent $75,000, which guaranteed two women would “take care of any of his needs,” Hof told CNN’s sister network HLN.

Employees told 911 dispatchers that Odom used cocaine on Saturday — his first day at the brothel — though Hof insisted Saturday that any drug use happened when Odom was partying early that morning in Las Vegas but before he’d arrived at the Love Ranch.

“I’m going to protect my business, and I’m not going to let the world say that Lamar was doing a lot of drugs in my place,” he told CNN’s Michael Smerconish, insisting his brothel has “zero tolerance” for illicit drugs. “Because it makes him look bad, and he wasn’t doing that.”

The brothel’s employees said when they found him, Odom was lying in bed on his side with a pinkish fluid coming from his mouth and nose.

Late last week, Odom woke up and spoke for the first time, saying “Hi” to Kardashian, who had rushed to his bedside.

Harrick said that he’s been in touch with her every day. Odom spoke to her Monday, the coach said, telling her “Good morning!” before going back to sleep.

“We’re more hopeful now” that Odom will recover, Harrick said. “We’ve been on pins and needles for days.”

Odom’s maternal aunt, JaNean Mercer, also commented on Monday. She released a written statement which said, “Lamar has always been blessed with a tenacious, fighting spirit, overcoming insurmountable obstacles to achieve the impossible. These past few days have been no different.”

He is “defying the odds in his toughest battle to date” with “God’s grace,” she said.

She added, “We are committed to remaining by his side as a family for our champion, who we love immensely.”

Harrick got to know Kardashian.

“I just come to fall in love with her,” he said. “She’s a sweet, loving, lovely young girl. I think she’s a rock. She’s the best thing that ever happened (to Odom).”

Harrick said he wanted to “go over there” and “smack him” to let him know how incredible she is.

Odom needs to “get on the right path again,” his ex-coach said.

Harrick praised Odom, who won two NBA championships as a forward for the Los Angeles Lakers.

The Los Angeles Clippers drafted him in 1999, and he played for the team for four seasons before signing with the Miami Heat.

After one season in Miami, he was traded to the Lakers, and became a key part of their championship teams in 2009 and 2010.

He also played briefly for the Dallas Mavericks before returning to the Clippers for one season.

“He might be one of the most popular guys who ever played in the NBA,” Harrick said.

Odom was famous in the basketball world but became a staple in pop culture when he began appearing on “Keeping Up with the Kardashians.” The couple also had their own reality show, “Khloe &amp; Lamar,” which aired for two seasons and 20 episodes.

Two years ago Odom was charged with drunk driving. He pleaded no contest and received three years’ probation.

Harrick believes the episode at the brothel is a “turning point” for Odom.

The athlete has a strong support system, Harrick said, and “prayers from everybody.”