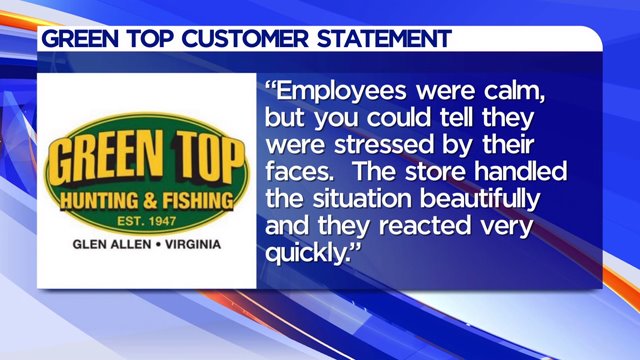 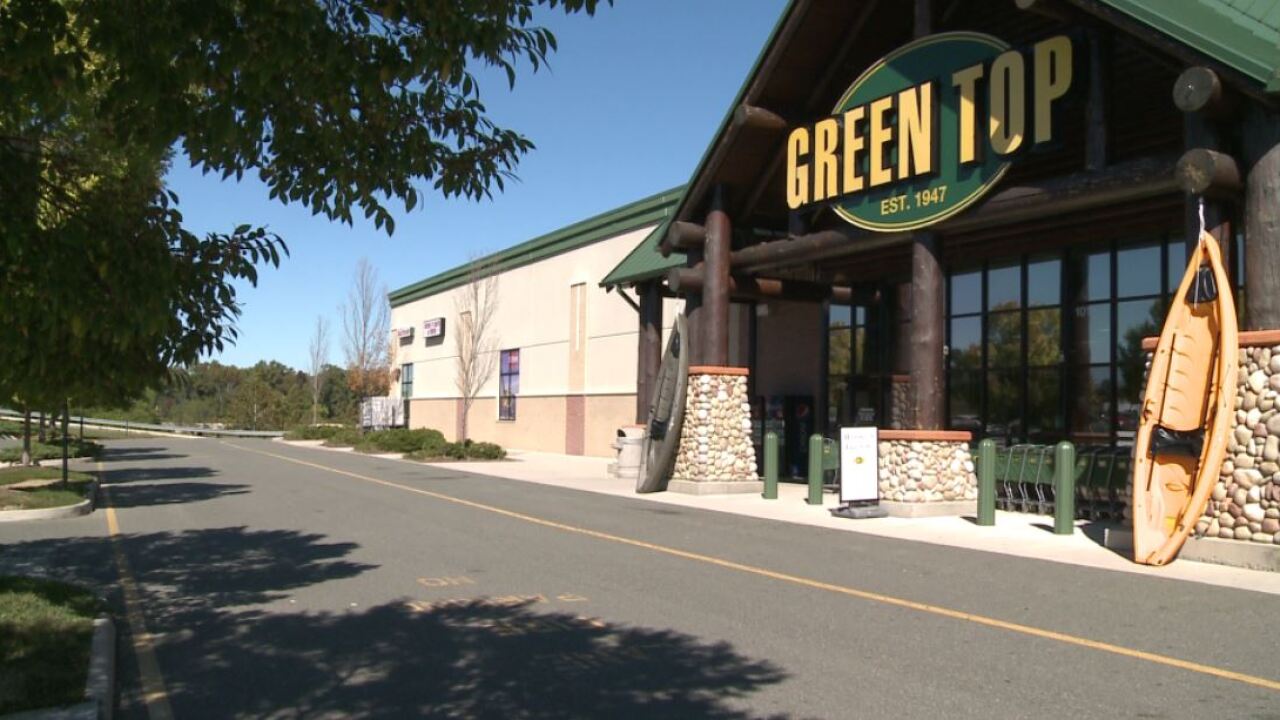 HANOVER COUNTY, Va. -- An investigation is underway into how man accidentally shot himself in the hand inside Green Top, a hunting and fishing store in Ashland. The man arrived at Green Top Saturday afternoon with several hand guns and long guns looking for help getting them cleared, investigators said.

"As the owner of the weapon and another [person] were handling the weapon to remove the rounds, the weapon accidentally discharged and the weapon owner was struck in his hand and received non-life threatening injuries," Hanover Sheriff's Office spokesman Major Mike Trice.

A father who was inside the store with his children at the time of the shooting said the incident terrified his kids.

"I heard the gun shot and turned around. I saw the police officer on duty at the store drop to the floor to respond to the injured gentleman. It was a slight panic at first, because no one knew if it was an accident or if someone was shooting in the store," the man, who spoke on the condition of anonymity, said. "My older son was terrified, and asked me if the man was okay. My kids saw the man collapse, and my daughter said she saw blood. We heard code blue on the intercom, and we avoided the area until the man was taken in the ambulance."

The man said store workers were calm, but obviously stressed by the situation.

"The store handled the situation beautifully, and they reacted very quickly," he said. "It was definitely an event that opens your eyes to how life could change in an instant."

In a statement released Monday afternoon, Green Top stressed the importance of safety inside its store.

"The Hanover County Sherriff’s Office is conducting a full review of the incident, and we are cooperating in that review," the statement read in part. "We hold the safety of our customers in the highest regard, which includes a policy against bringing a loaded firearm into the store clearly posted at the store entrance. We will continue to take all necessary precautions to maximize safety for our customers."

Anyone with information to add to this report can submit a news tip here.