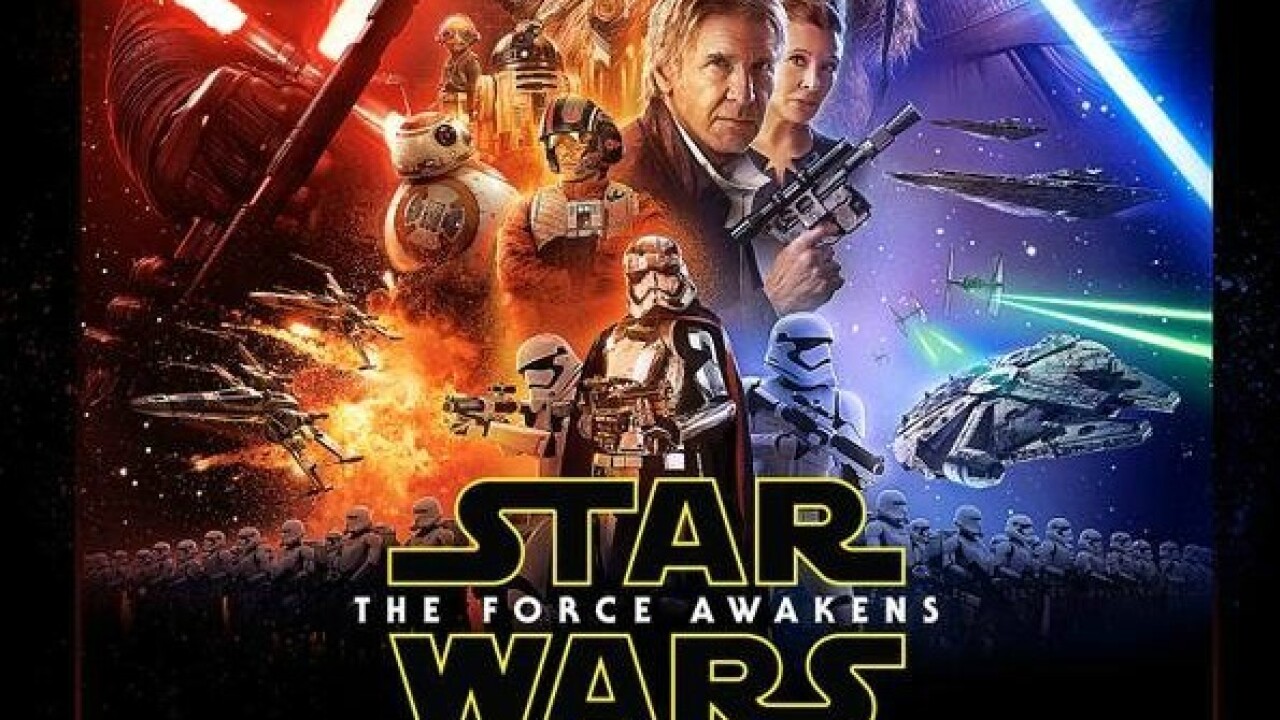 NEW YORK — “Star Wars” fans overwhelmed online ticket seller Fandango after the site put out word that it was selling tickets for the next installment of the saga earlier than expected.

The tickets were initially expected to go one sale after the trailer for the new “Force Awakens” trailer played at half time of Monday Night Football.

However, some fans noticed on social media that sites like Fandango were selling tickets beforehand.

Others noted that Fandango had crashed roughly a few minutes into Monday Night’s NFL game.

“I feel a disturbance in the Fandango,” tweeted “Tonight Show” producer Gavin Purcell.

Another ticket retailer site, MovieTickets.com, also went down on Monday night but tweeted that the site was back up but moving “a bit slower than usual.”

“That’s what happens when a nation unites to buy tix for one movie on the same night!” MovieTickets.com tweeted.

Demand to get the first tickets for the film also crashed ticket booking sites when they were released in the U.K. on Monday morning.

This will not be the first trailer for the J.J. Abrams film.

The original “teaser” for “Force Awakens” debuted in November to much fanfare with over 40 million YouTube views in less than three days.

The second teaser, which included our first look at the return of Chewbacca and Harrison Ford’s Han Solo, eclipsed 200 million views in roughly a month.

Disney, which acquired Lucasfilm from “Star Wars creator George Lucas in 2012 for $4 billion, has worked masterful strokes over the past months to promote a film that in many ways doesn’t need promotion.

The house of mouse has done this by giving fans glimpses of footage and plot as well as announcing that its theme parks in California and Florida will be getting two 14-acre “Star Wars” expansions — the largest Disney has ever undertaken.

The company even made the film’s merchandising launch into a full fledged event calling it “Force Friday.”

Monday night is just another example of Disney seamlessly using its interconnected conglomerate to promote the film as it takes one of its most valuable assets, ESPN, to market another.

“We are managing all of this with great care,” said Disney’s CEO Bob Iger during the company’s earnings call in May. “I think we’ve got something here that is very, very special that’s going to create value for the company for many, many years to come.”