HOLMBERG: Teacher ‘leveling’ at city schools – is it on the level? 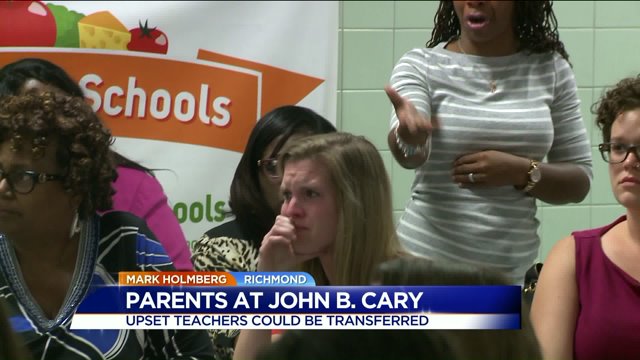 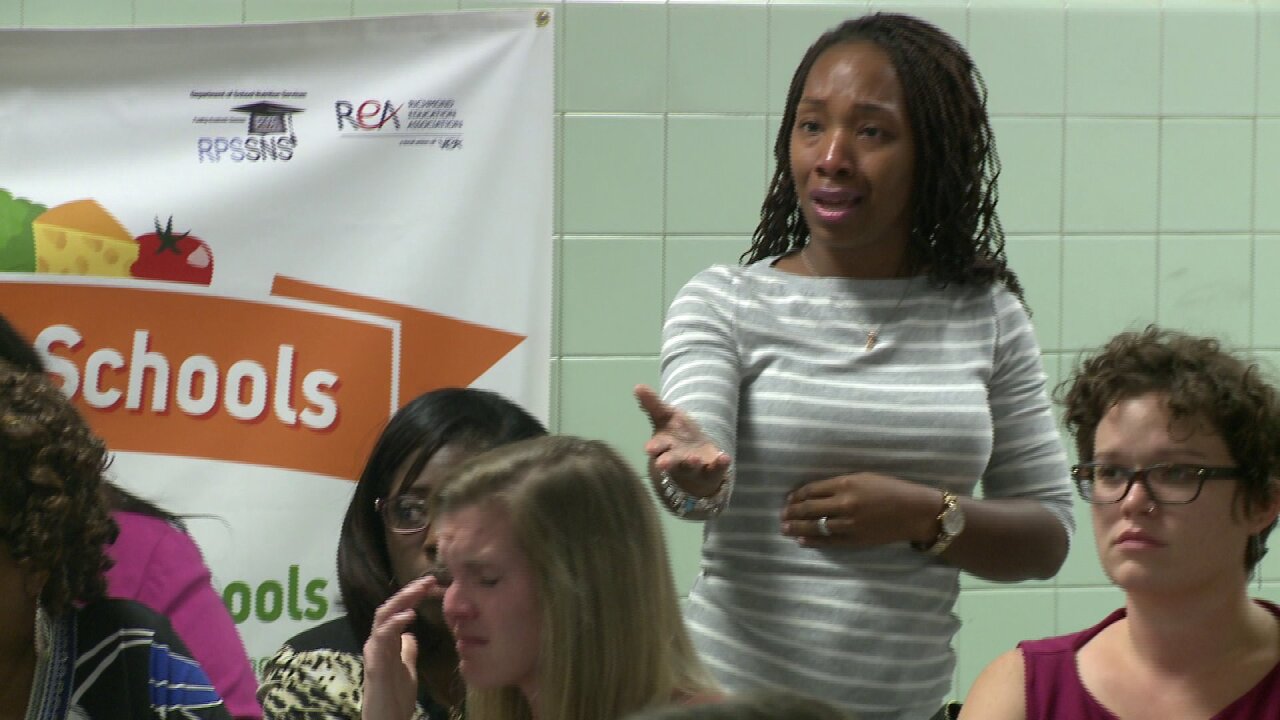 It all started within minutes of Wednesday afternoon's meeting at John B. Cary Elementary School to discuss transferring four teachers to more crowded schools.

Cary, located near the Boulevard tennis courts, is one of the city's least crowded schools and one of 23 that will lose or gain teachers as Richmond Public Schools "level" out staff to balance the budget.

This is a proud school.

"John B. Cary has a proud history of combining diversity with the academic excellence," said parent Adria Schraf. "The SOL scores prove that. The teaching staff here is just remarkable."

And much admired. Parents were very protective of their children's teachers. One parent's eyes filled with tears when she described how her son's teacher improved his life.

Parent at John B. Cary Elementary

Dr. Anthony Leonard, RPS Director of Elementary Education, tried to explain the math of the leveling, but the interruptions began almost immediately.

Many parents and one of the teachers said they don't trust the school system to look out for Cary. It's like the school "is on the chopping block," as one said.

The school has seen three principals in three years, plus a big merger when Clark Springs Elementary School was closed down, and a nasty odor problem last year that made the news.

One of the key accusations during the meeting was Richmond Schools was using three-year-old demographic data to do the leveling.

Leonard explained they were trying to get the school closer to a 24-to-1 student ratio. It's currently about half that.

Parents at John B. Cary Elementary

The ratio is established by the percentage of economically disadvantaged students in a particular school. The more poor students, the fewer students per teacher.

Schraf, among others, tried to point out that Cary's percentage of economically disadvantaged students increased sharply after the merger with Clark Springs, from 44 percent in 2012 to 69 percent this year.

That would mean, in essence, Cary should have roughly 20 students per teacher, which might save them from losing as many teachers.

Leonard said shifting four teachers would still bring them under the 24-to-1 number. He also said the decisions are still being made.

Parents said their children have thrived under the current class sizes, and they want some more healthy stability at a school that's had a run of bad luck.

Second grade teacher Dayton Taylor, who said she's sure to be transferred,  said it's heartbreaking to give stability to students who need it, only to take it away.