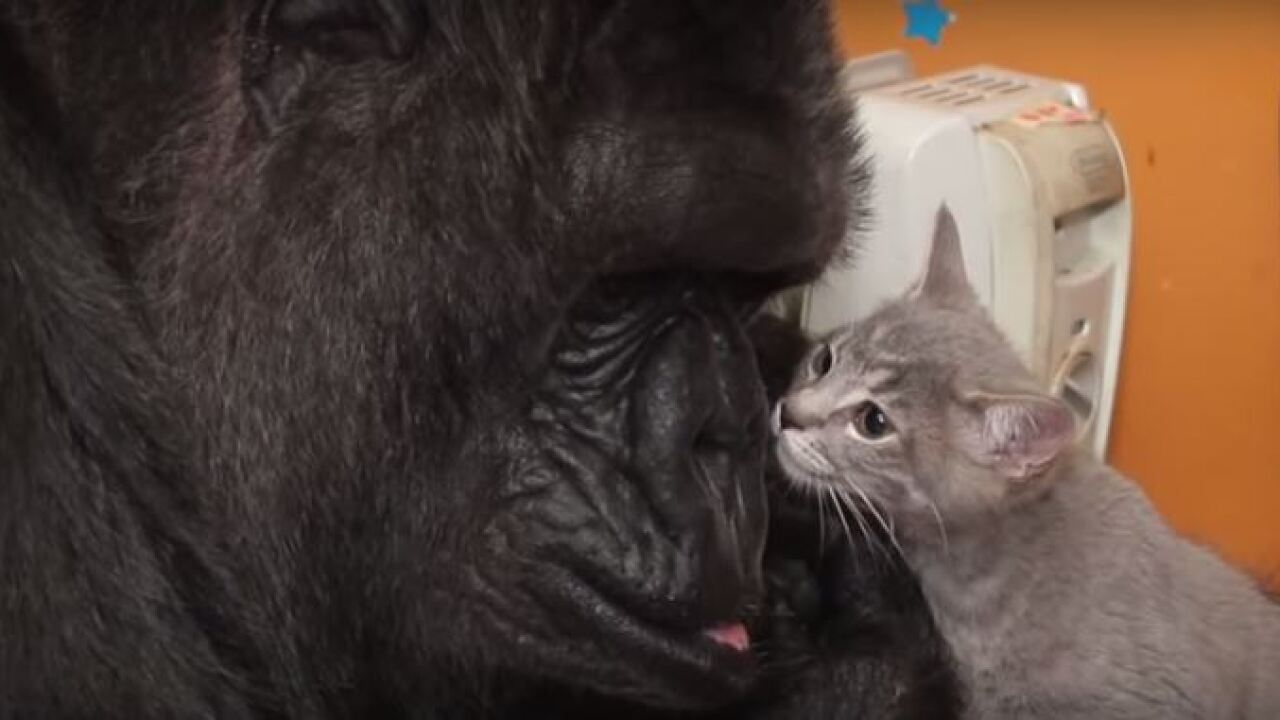 Koko, the famous gorilla known for her ability to communicate with her trainers through a modified form of sign language, received two adorable presents for her 44th birthday.

On July 4, Koko was presented with a box full of kittens to play with. Ms. Gary and Ms. Black caught the heart of Koko as she chose to adopt both of them.

Koko had the kittens style her fur and asked to have a trainer put the little ones on the top of her head.

Koko adopted her first kitten in 1984, also on her birthday. She has also owned multiple kittens throughout the years, nurturing them as if they were her own babies.

Watch Koko meet the kittens for the first time in this video posted to the gorilla’s YouTube channel on Tuesday.