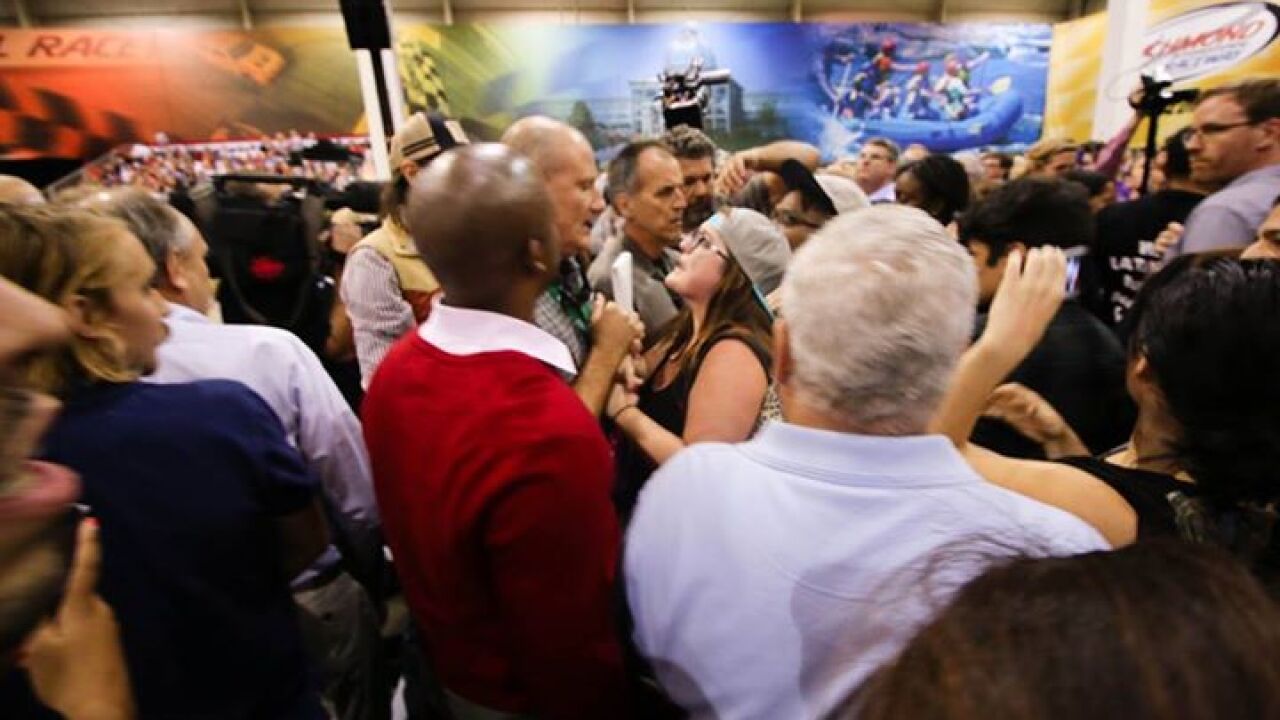 After Trump addressed immigration issues in his speech and said “We’re going to build the wall,” a huge cheer went up from the crowd as well as some boos. Then a “Dump Trump” chant began in a group of protesters who had gathered at the event.

The protesters, most of whom were VCU students, were there to object to Trump’s stance on immigration. Several wore emblems of the Mexican flag. 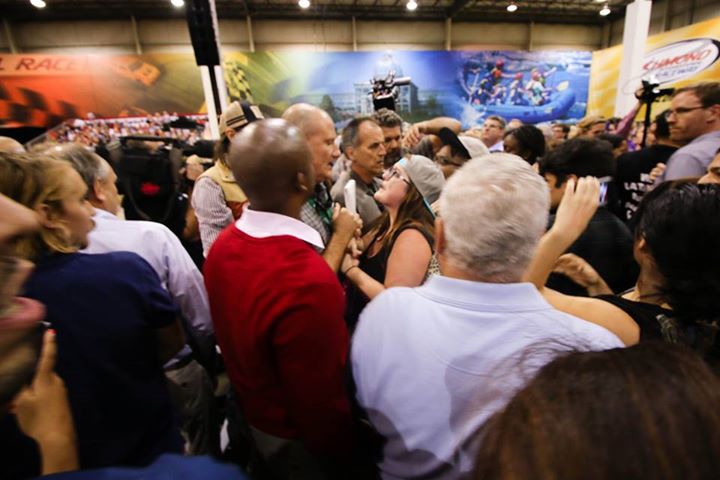 “I was about a foot away when this irate gentlemen in the crowd spit in another gentleman’s face,” said spectator Daniel Reilly, a Republican from North Carolina who came to see Trump speak out of curiosity.

“Trump’s security team started leading several people out and there was a gentleman directly across from us who was extremely irate, screaming ‘go back where you came from’ and several expletives,” said Reilly.

At one point when a Trump supporter said “send these people back where they came from,” a protester said in response “send you back to Europe.”

“They brought another gentleman down the aisle toward us and he got in a confrontation with that same gentleman,” said Reilly. “And the gentleman who was screaming ‘go back where you came from’ spit in this man’s face, and it got a little crazy from there.”

The protesters were escorted outside the building after multiple other altercations took place.

“This woman asked if I was here to support Trump. I said ‘No I’m not here to support Trump’ and she started getting physical with us,” said VCU student Camille Spencer. “And the cops are probably catering to her right now, because she’s a white female,” she added, referring to a woman who sat nearby on a step as a police officer spoke to her.

The protesters said their intentions were peaceful and that any aggression came from Trump supporters in response to their chanting.

“It’s a ludicrous idea that we were getting physical. She initiated us, she came at my friend Jasmine, you know?” said Spencer.

Jasmine Fears, another student at VCU, was taken aside by a police officer for further questioning after the protesters were kicked out of the rally and taken behind the Richmond Raceway building.

“I’m just here with students from VCU,” said Fears to a group of reporters who gathered outside with the protesters. “We came here to peacefully protest, before we were assaulted by Donald Trump supporters.”

By Diana DiGangi (Special to WTVR.com)