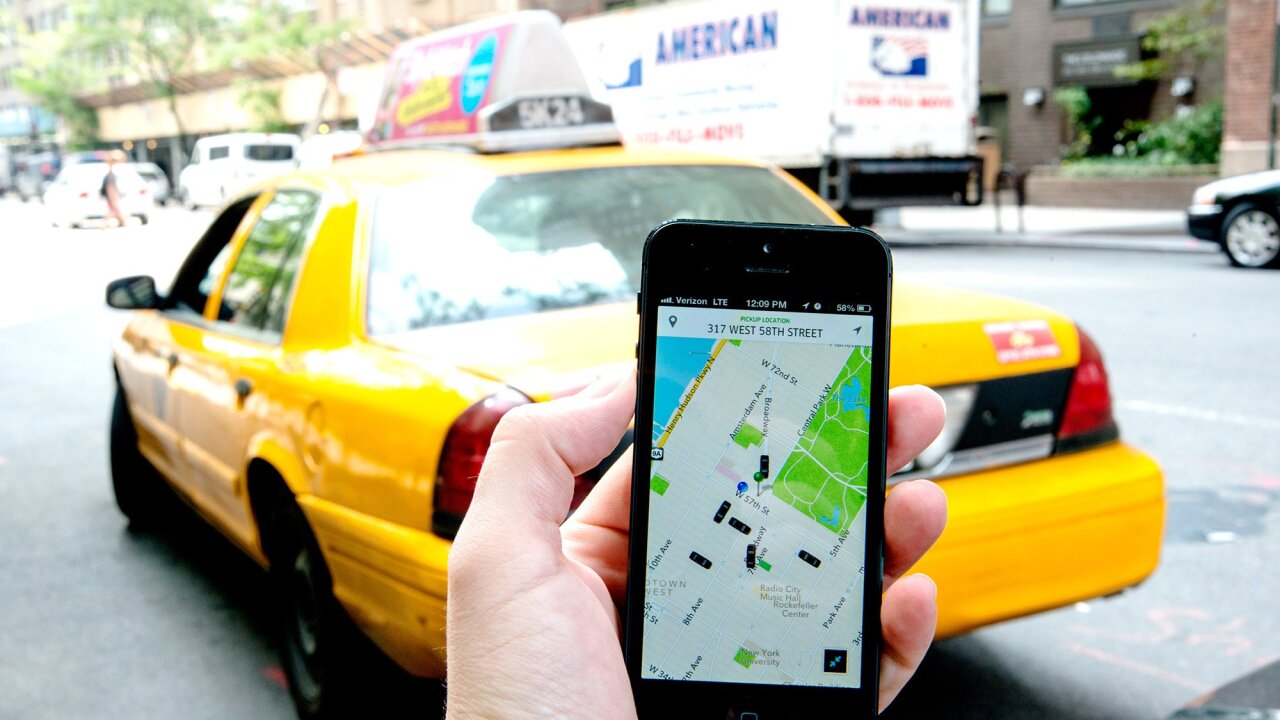 Uber, a ride sharing service, as seen through their iOS app near Central Park, New York, New York. A taxi is seen in the background.

SAN FRANCISCO — Lyft and Uber aren’t just competing for passengers. The ride-hailing companies are also in a fierce battle for drivers.

On Thursday, Lyft announced a number of new programs intended to woo drivers, including discounted rental cars and gas, and a way to get paid anytime.

The latest indication of the war?

Thirty minutes after Lyft emailed drivers inviting them to the press event in San Francisco, Uber also emailed its local drivers with an invite for the exact same time. It asked them to bring a friend to an Uber office to sign up as a driver in exchange for $300 and lunch.

Many drivers work for both Lyft and Uber. Lyft offers perks like optional tips, which it says have topped $40 million this year. Uber has its own bonuses, like offering new drivers $500 for 25 rides.

Both companies are currently being sued by drivers who think they should be classified as employees, not contractors. Employee status would mean drivers are eligible for a number of benefits and possibly reimbursement for expenses like gas.

“We keep the company afloat but we’re not even employees,” said one of the Lyft drivers attending Thursday’s event.

While Lyft didn’t announce any plans to change drivers’ employment status, it is trying very hard to keep them happy with everything but.

“We’re the company that cares about them the most,” said David Rust, Lyft’s head of operations strategy. “We listen to what drivers want, what they need.”

The announcement that got the warmest reception from the Lyft drivers gathered in the company’s cafeteria was a partnership with Shell for gas discounts. The exact discount depends on how much someone drives, but could range from 20 cents off a gallon to free gas for someone driving 40 to 50 hours a week.

A new option will let drivers get paid anytime they’ve earned more than $50. The Express Pay direct deposit program could appeal to people working part time, or anyone who’s trying to make ends meet and can’t wait for the usual weekly paycheck. Individual banks might take longer to process the actual deposit. It will cost drivers 50 cents to cash out using Express Pay.

“With things like this and the way the really make you feel valued, I don’t think we need to be employed,” said Brandon, a full-time Lyft driver who pays around $150 a week on gas . “The way Uber treats its drivers, it’s take and take and take.”

Lyft’s other new program is to lure potential drivers, who don’t currently own an acceptable car. Lyft is partnering with Hertz to give discounted rates on rental cars. The company is already testing out the program in Las Vegas and will expand to more cities in the near future.

Uber has a number of leasing options for its drivers, but Rust says that leasing doesn’t align with Lyft’s concept of flexibility.

Lyft wants to have enough drivers on the street so passengers never have to wait more than three minutes. Currently, the company has more than 100,000 active drivers in 150 cities.