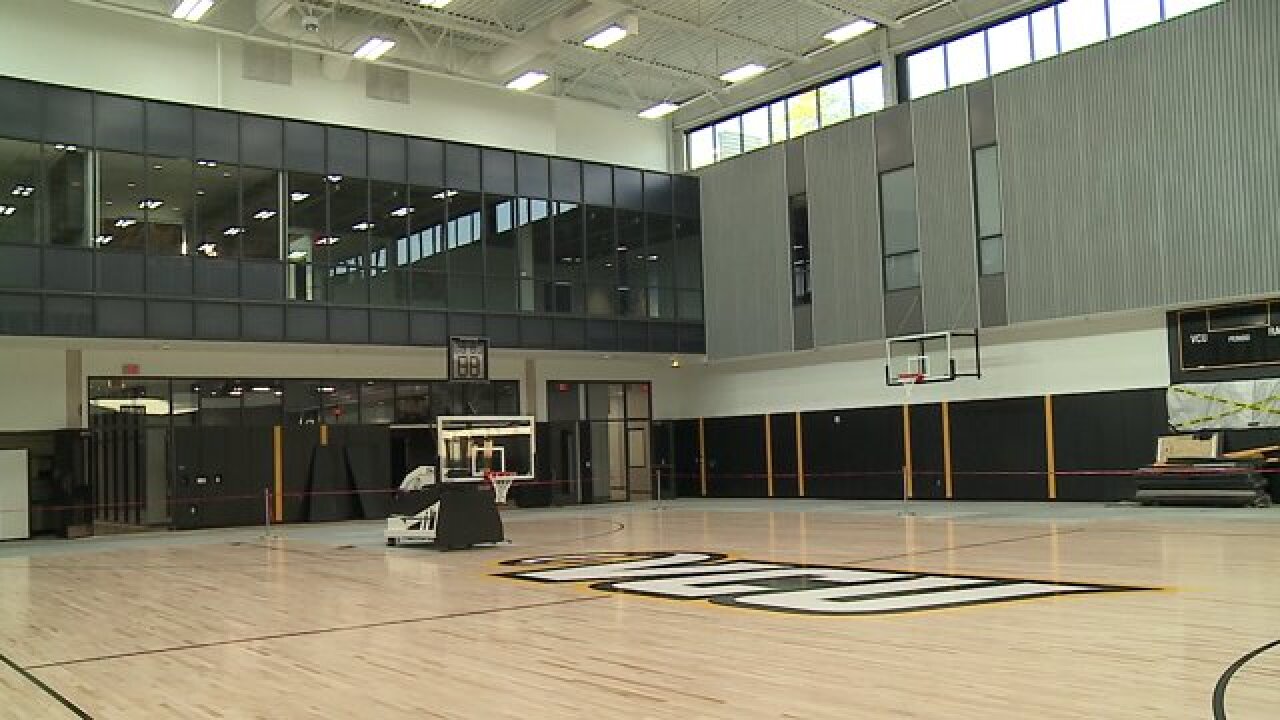 RICHMOND, Va. -- Several years of planning and fundraising are about to be realized when VCU officially opens their new basketball practice facility on November 2nd. Tim Lampe, VCU's Facilities Director gave the media a sneak peek on Thursday afternoon, before much of the fine tuning had been completed.

At over 62-thousand square feet, and a cost of $25 million, the facility is a state of the art home for both the men's and women's programs at VCU. Each team will have their own locker rooms, practice court, and theater with about 25 seats to watch tape from practice and upcoming opponents.

There's also areas for academics, strength and conditioning, training and a common area for meals. There are also offices for coaches and support staff who will spend several hours a week getting Ram teams ready.

This facility has been in the planning stages for several years, going back to former head coach Shaka Smart's first season with the Rams back in 2009. Back then, his first hire for an assistant was Will Wade who is now the Rams head coach. It was Wade who met with Lampe to create the groundwork and early foundation for the building where he will now do the majority of his work.

"Part of the process to build a building is to write the bridging documents that you give to an architect" Lampe explained. "It's a narrative of what you want in your facility. I was able to write that with Will Wade when he was an assistant with Shaka. So to have Will come back, and to see his work in bricks and mortar is pretty cool."

The teams and staff will actually begin moving into the facility in the next few days but the facility won't be fully operational until the beginning of November. The Rams open their season on November 13th at home against Prairie View