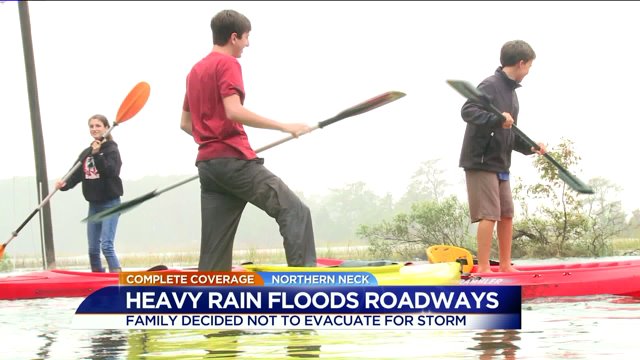 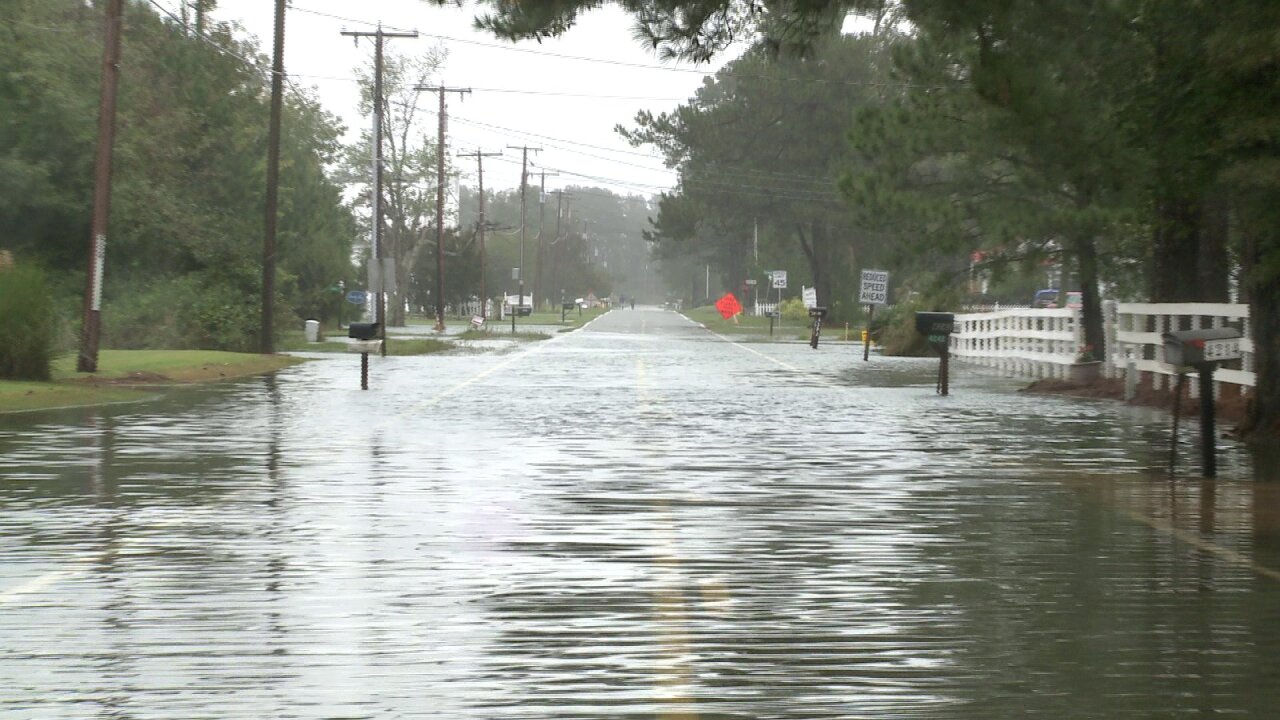 LANCASTER COUNTY, Va. -- Growing up in the Northern Neck, Francesca Wilson knows high water can often come with the territory.

"Most of the time if we get bad rain, it's just in the ditches," said Wilson.

However, this weekend Lancaster County saw more flooding than usual, with portions of Windmill Point Road blocked off because of high water.

A mandatory evacuation went into effect Friday for parts of the county, including the area of where Francesca and her family live.

Because they were familiar with the area, they decided to stay.

Francesca and her siblings embraced the flooding on Saturday. They were able to use their kayaks on the road and even their front yard.

Terrence McGregor, Chief of Emergency Services said  the flooding has gotten worse with each tide cycle since the storm started.

He said they've been doing damage assessments in the area twice a day.

"We're just keeping an eye on things and looking at what the higher tides are going to be bring over the next couple of days so we can help plan," he said.