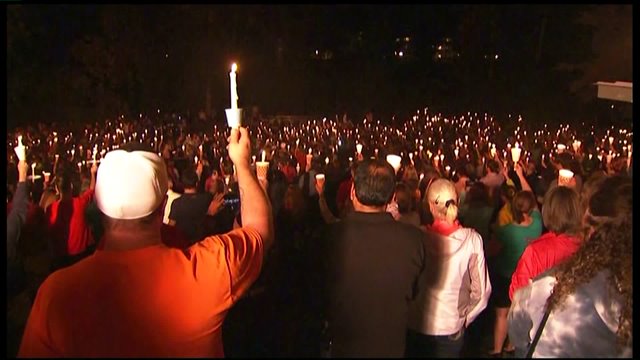 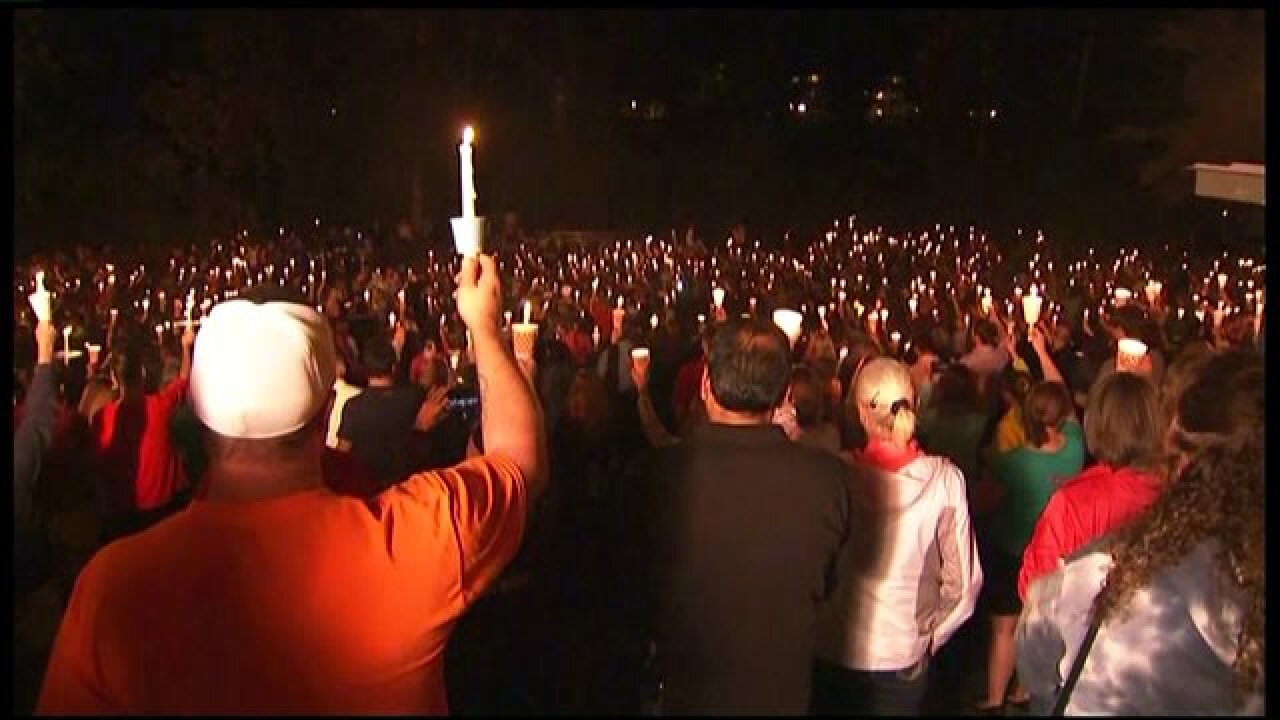 ROSEBURG, Oregon -- The gunman who opened fire at Oregon's Umpqua Community College singled out Christians, according to the father of a wounded student. Before going into spinal surgery, Anastasia Boylan told her father the gunman entered her classroom firing.

"I've been waiting to do this for years," the gunman told the professor teaching the class. He shot him point blank, Boylan recounted.

Others were hit too, she told her family. Everyone in the classroom dropped to the ground.

The gunman, while reloading his handgun, ordered the students to stand up and asked if they were Christians, Boylan told her family.

"And they would stand up and he said, 'Good, because you're a Christian, you're going to see God in just about one second,'" Boylan's father, Stacy, told CNN, relaying her account.

"And then he shot and killed them."

Boylan, 18, was hit in the back by a bullet that traveled down her spine. While she lay bleeding on the floor, the gunman called out to her, "Hey you, blonde woman," her mother said.

She played dead -- and survived.

The massacre on the Umpqua campus Thursday left nine people dead and seven wounded. The gunman also died, although it's unclear whether he was shot by police or committed suicide.

"I will not name the shooter," Hanlin said. "I will not give him the credit he probably sought."

One law enforcement official said the shooter had body armor with him and was heavily armed, with a large amount of ammunition -- enough for a prolonged gunfight. Authorities recovered three pistols and one rifle at the scene, one official said.

Authorities credited a quick response by law enforcement for keeping the death toll from climbing higher.

The gunman's death means officials will never definitively know what compelled him to carry out the attack at the Roseburg campus, about 180 miles south of Portland.

"He was a little odd, like sensitive to things," said Rebecca Miles, who took a theater class with Mercer.

Throughout the night Thursday, investigators talked to the gunman's family and neighbors to try and piece together the puzzle.

"Obviously it's been a devastating day," Mercer's father, Ian, told reporters outside his house in Tarzana, California. "Devastating for me and my family."

Bronte Hart, who lives in the building where Mercer lived said the man would "sit by himself in the dark in the balcony with this little light."

Hart said a woman she believed to be Mercer's mother lived with him and was "crying her eyes out" Thursday.

Another neighbor, Steven Fisher, described him as "skittish."

"His demeanor, the way he moved, always looking around," Fisher said. "I got a bad vibe from him."

One avenue investigators were pursuing are five blog posts on a website left by someone with an email address associated with Mercer.

The posts were left under the username lithium_love. Two of them were specifically about recent shootings: Vester Flanagan, the gunman who killed two local news reporters in Virginia, and the officer executed near Houston in August.

Speaking of Flanagan on August 31, the blog post reads: "I have noticed that so many people like him are all alone and unknown, yet when they spill a little blood, the whole world knows who they are. A man who was known by no one, is now known by everyone. His face splashed across every screen, his name across the lips of every person on the planet, all in the course of one day. Seems the more people you kill, the more you're in the limelight."

The post also said, "And I have to say, anyone who knew him could have seen this coming. People like him have nothing left to live for, and the only thing left to do is lash out at a society that has abandoned them."

The shooting appears to have started in one building, before the gunman moved to the school's science building. Those killed and wounded were found in at least two classrooms.

For freshman Sarah Cobb, Thursday was her fourth day at the college. She was in a nearby building when she heard the first gunshot.

"I looked over outside and people were running away from the building so I knew exactly what had just happened," she said. " I said to the teacher, 'We got to get out of here. There's people running. We need to go.' Then I heard the second and third gunshots happened."

Another student, Cassandra Welding, said when the shots rang out, the students in her class dropped to the ground -- huddling together behind backpacks and chairs, or underneath tables.

"We locked the doors, turned off the lights, and we were all pretty much in panic mode," Welding said.

"We called 911 and called our parents, our loved ones ... We didn't know what was going to happen, if those were our last words or not."

Officials haven't released the names of the victims, with Sheriff Hanlin saying investigators are "still trying to confirm a great amount of information floating around."

"Our victims and their families are our priority. Everything that we do from hereon will be for them," Hanlin said Thursday night.

Identities may be released Friday or Saturday, the sheriff said.

The picturesque campus sits on a hill in a logging community, which is fairly rural but easily accessible from Interstate 5.

The interim leader of Umpqua Community College President Rita Cavin called Thursday "the saddest day in the history of the college."

Crowds gathered Thursday night at a park to honor the victims. Some hugged, others wept as candles flickered in the dark. Bagpipes played in the background.

"This is so out of character for this whole area," Rick Francona, a CNN military analyst who lives in the area.

News of the shooting quickly reverberated through Washington and the 2016 campaign trail.

A visibly upset President Barack Obama, delivering the 15th statement of his presidency addressing gun violence, said these incidents are becoming all too regular.

"Somehow this has become routine," he said. "The reporting is routine. My response here at this podium ends up being routine, the conversation in the aftermath of it. We've become numb to this," he said.

"Our thoughts and prayers are not enough. It's not enough. It does not capture the heartache and grief and anger that we should feel, and it does nothing to prevent this carnage from being inflicted someplace else in America -- next week, or a couple months from now."