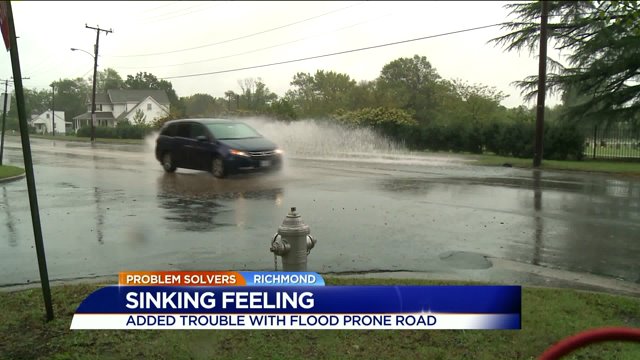 Shelby Brown is working for you, with this Problem Solvers report on WTVR.com. 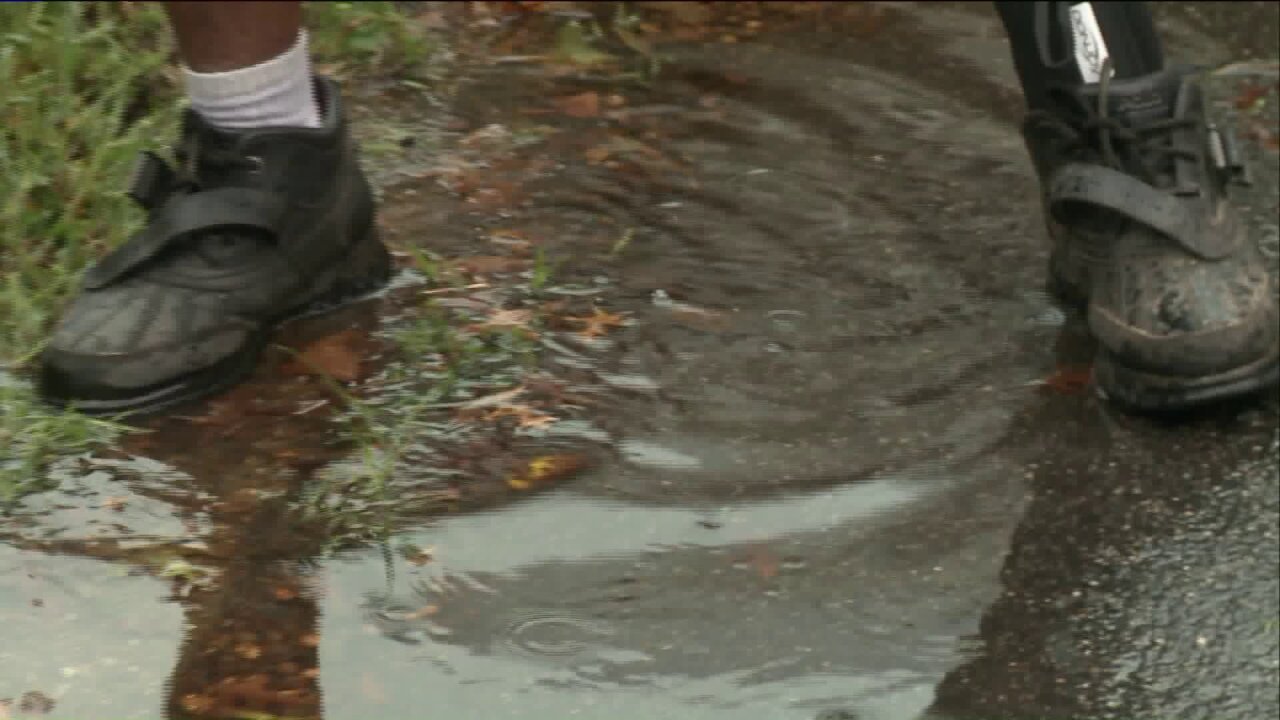 RICHMOND,Va. -- The constant rain has a lot of you worried about flooding but a Richmond man said there family has a problem anytime it rains.

“I've been calling for two years nothing has been done on the side of street I'm just sick of it,” said Keith Smith, who is fed up with ponding in front of his Arnold Avenue home.

He says thing didn’t look that bad on Friday, but says ponding is a constant problem and a headache for him and his elderly neighbors every time rain falls – especially when it falls too quickly.

He says his North Side street usually looks like other trouble areas we spotted on Friday.

“I just need the curb to be raised because when it rains it is like a pool,” Smith said. “You need fly fishing boots to get to your car. It's ridiculous.”

Smith shows us how he helps his wife get to the car when the water rises at their curb.

“I pull up and I let her park right here where the walk part is,” he said. “I put the board right there she walks on the board to the car just so the water won't get up on her. And then when she gets to work she's soaking wet.”

Smith says he filed a complaint with the city a few years ago and got a work order but still, he's seen no work.

“They just give me the runaround,” he said. “They say we see your work order from April 2014 and we see your order from June 2015. I sit well, then when is somebody going to do something?”

We took his questions to the city. Public Works spokesperson Sharon North says there's a road problem responsible for causing that drainage problem, and they are looking into it.

Smith says he just wants to see crews working on his street sooner rather than later.

“If it's a problem with regular rain, then is definitely going to be a problem with the hurricane. You know I've got a bad leg and I'm not trying to swim out here to the car,” he said.