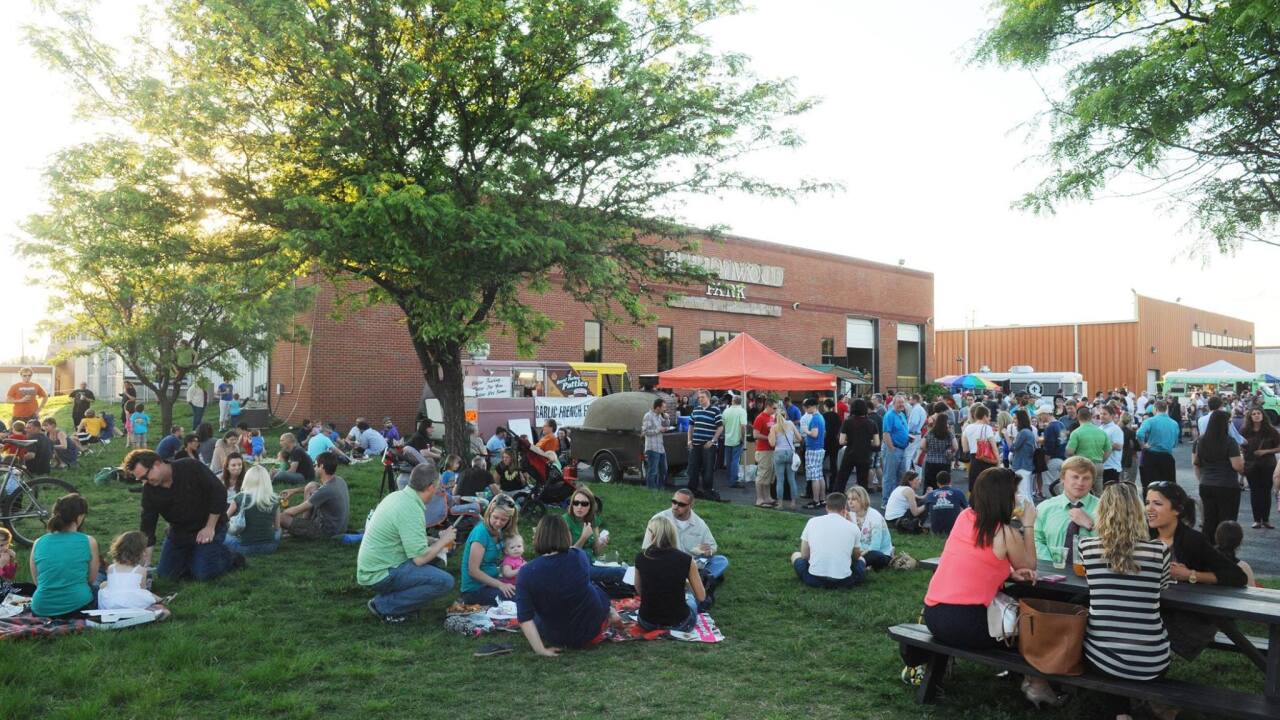 The event happens rain or shine

RICHMOND, Va. —  Twenty-seven alumni groups hoped to raise 15,000 pounds of canned goods for the FeedMore Central Virginia Food Bank, Wednesday at Hardywood. They were able to raise 12,000 by the end of the night!

12k pounds canned good was raised on Wed at the @AlumniCharity event. @vcualumni is the winner with 2647lbs #RVA pic.twitter.com/HHDVCONN2m

Anyone who donates five or more canned goods receives a limited edition t-shirt and koozie, while supplies last.

Anyone who donated five or more canned goods received a limited edition t-shirt and koozie, while supplies lasted.

And since is a challenge among schools, there was a trophy for the champions – the team who raised the most food donations to help Feed More food bank. George Mason won last year. Virginia Commonwealth University emerged as the winner this year, with a total contribution of 2, 647 pounds of food donations.

Mayor Jones has signed a proclamation, as has the governor.