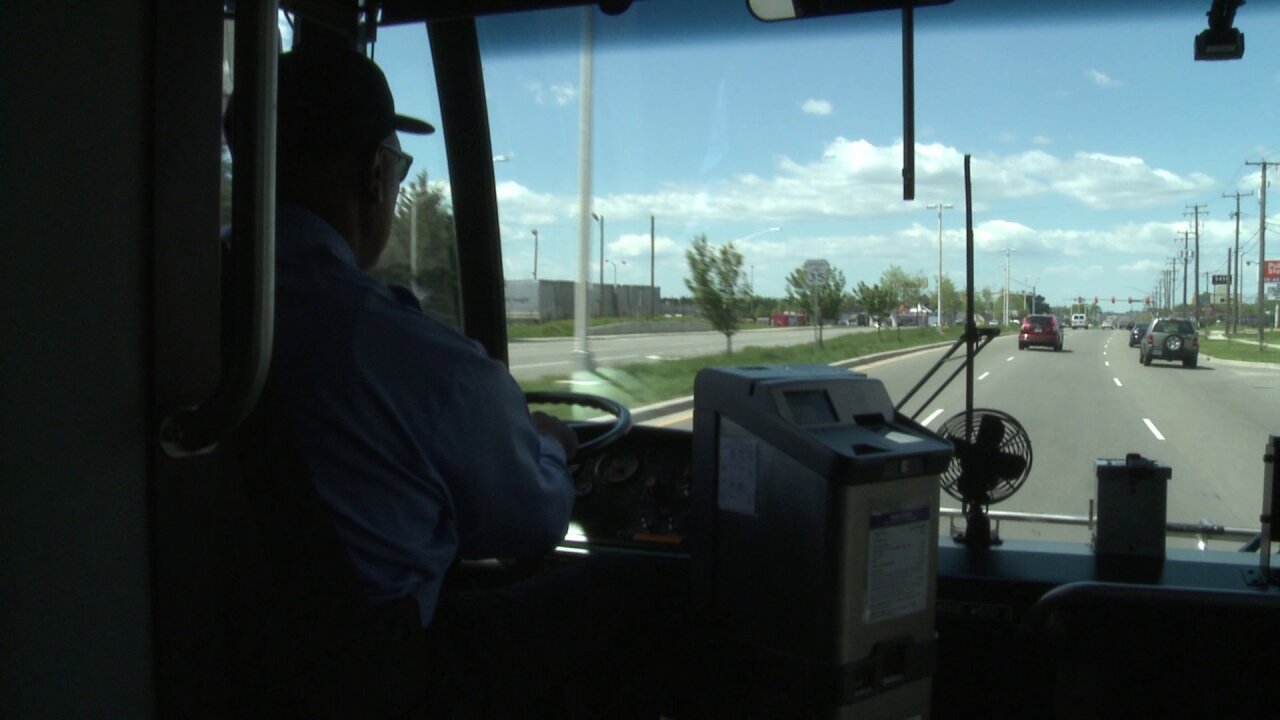 RICHMOND, Va. — Whether GRTC buses, taxis or Uber, almost all forms of transportation in Richmond will be affected by the UCI Road World Championships starting this weekend.

“We expect delays not because of the alternate routes, but because of the traffic and the increase of people and the fact that we have to operate in the same traffic as everybody else,” said GRTC public relations manager Carrie Rose Pace.

Of more than 30 routes only one GRTC bus route will remain the same during the event, said Rose Pace. Richmond police and UCI have told GRTC to “expect transit delays from an hour before a race event begins all the way through an hour after a race event ends.”

Rose Pace said the transit system has been preparing for the bike race since the city started to bid for the race. This preparation included thinking of alternate routes and ways to get the buses to and from central downtown locations.

Bus drivers have been preparing for the bike race since the summer with safety refreshers and learning the detours. This included preparing for pedestrians, professional cyclists and layman cyclists who will follow along the route to watch the race.

“On our trip planner tool, which is powered by Google transit technology, we’ll have all the GPS coding of what those detours are so that you can simply type in point A to point B and Google transit will handle it for you,” Rose Pace said.

GRTC has been broadcasting the changes in routes to passengers in a variety of ways including posting every day, route and detour on their website. There have also been audio announcements on the buses, flyers on bus fleets, and updates on their free app, GRTC Transit on the Go.

GRTC expects transit impacts all the way to Sept. 30. During the bike race, GRTC is also offering an unlimited ride bus pass for $35 for Sept. 18-28. This pass will allow passengers to ride as much as they want and wherever they want within the city and its outskirts.

Exact day-by-day detours for each route can be found on the GRTC website.

The transportation network will provide drivers with road closure information and will give riders helpful tips for using Uber during the event on its mobile app, according to an Uber spokesperson. There will also be suggested pickup and drop-off locations for the event. In addition, Uber will be partnering with Childfund’s Dream Bikes Program, where $1 will be donated for riders taken to and from the event.

Despite all of the preparations, many commuters are preparing for the worst. Louise Dohou rides the bus almost every day to get to work. In order to avoid the delays, Dohou plans to take off of work and stay home. After speaking to some bus drivers on the issues, she was advised to leave at least two hours in advance to get to the destination on time.

“I think that the bike race is a good thing, it incorporates a lot of nations and it’s a fun activity,” Dohou said. “But for a lot of people who are dependent on the bus system or on public transportation, it was a bit inconsiderate to do it in the way that they’ve done it.”

Cheryl Dance, a Richmond resident who depends on the GRTC buses to get to work at Brandt Hall at VCU, also worries that she won’t get to work on time because of the race.

“[For events in the past] I sometimes wouldn’t get to work until 12 p.m., because they blocked everything off,” Dance said.

By Noura Bayoumi and Janeal Downs (Special to WTVR.com)