Man falls to his death while cutting tree outside Chesterfield home 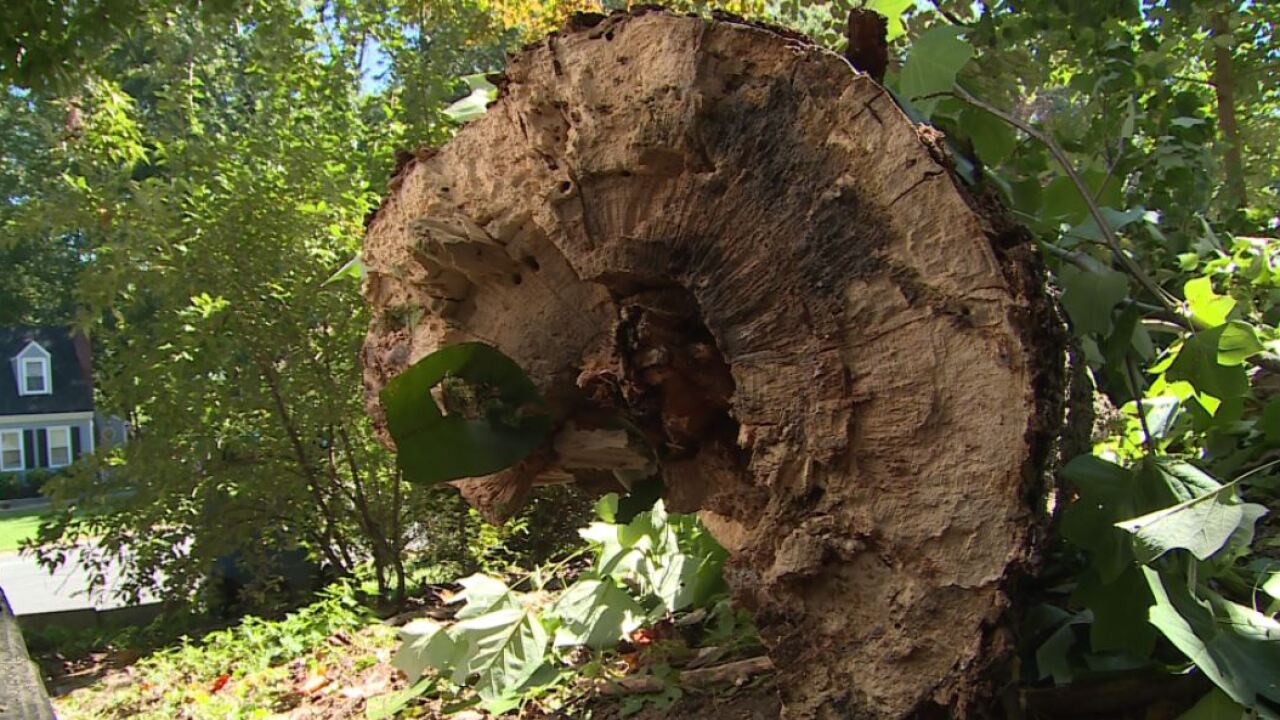 CHESTERFIELD COUNTY, Va. -- A man working to cut down a rotted tree outside a Chesterfield home was killed when the tree snapped and he fell 30 feet, witnesses and Chesterfield Police said. The incident happened at about 9:15 a.m. on Long Tom Lane, near Newbys Bridge Road. The man was identified as Cody R. Nowell, 24, of the 1300 block of North 33rd Street in Richmond.

"He started to cut the tree, he cut one piece and it was supposed to fall one way but it fell a different," witness Trey Pritchard said. "Then the tree snapped under him and he went with it."

Pritchard, who lives in the home where Nowell died, said Nowell was a friend of a friend. Neighbors who saw Nowell fall, including a nurse and a retired EMT, rushed to his aide.

"The nurse came over and she stared checking pulse. She had stethoscope and was listening," Pritchard said. "He was barely breathing. He was breathing every once in awhile. Then the guy that was ex-EMT came down. He was doing chest compressions with the nurse."

Despite best efforts by neighbors and first responders, Nowell was pronounced dead at the hospital.

"I have a deep condolence for them. I am going to be praying for them. It's hard. It's going to be hard for them," Pritchard said of the man's family.

Norwell's family has set up a GoFundMe page to help with funeral expenses after his unexpected death. If you would like to donate click here.