How some local businesses are embracing the oncoming Richmond 2015 races 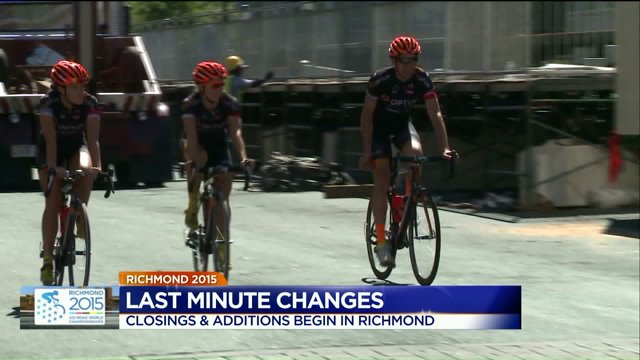 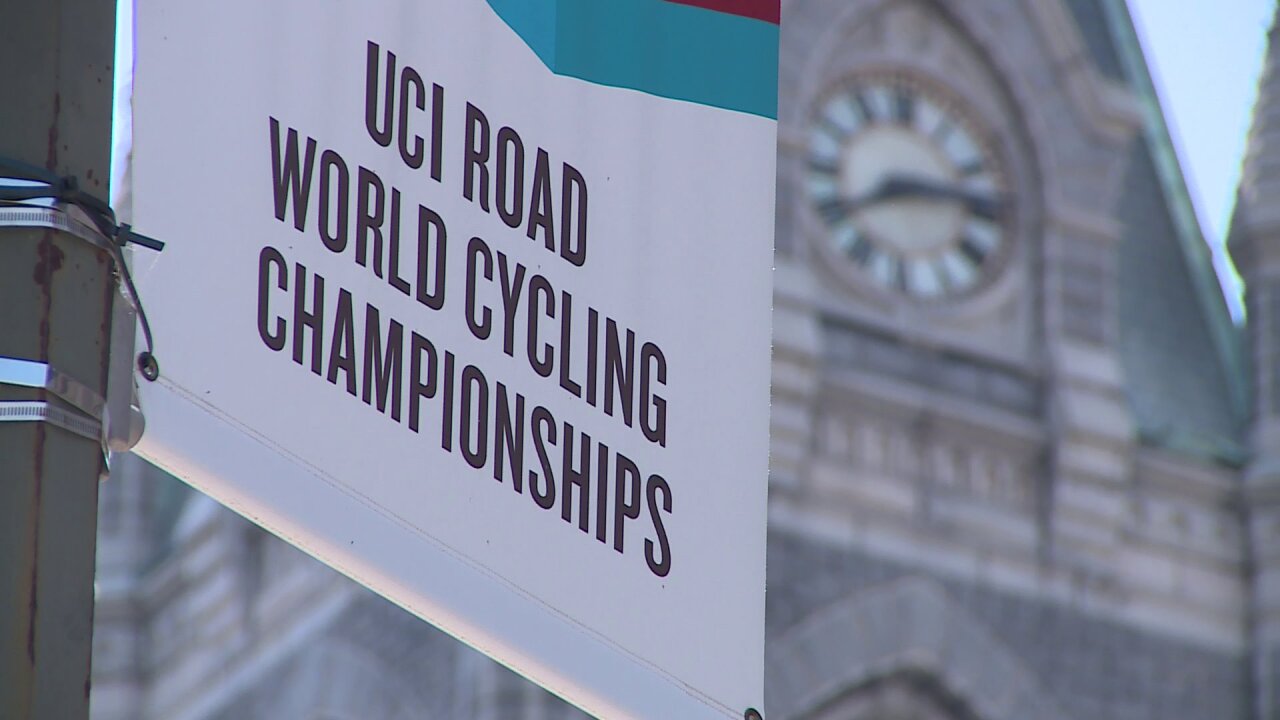 RICHMOND, Va.  - Four years ago, this final week ahead of the UCI Road World Championship was but a hazy possibility.

Now, international racers are already arriving ahead of Friday's opening festivities on Brown's Island. And locals are either throwing open the shutters to gleefully embrace the influx of hundreds of thousands of visitors or battering down the hatches for the nine-day stretch.

On Monday signs of last minute preparations were underway as workers along Broad Street constructed grandstands and VIP seating near the finish line -- and starting point somedays -- of the races. The races will run from Sept. 20 - Sept. 27.

"It is very exciting, we don't often have this race outside the US," said Koos Moerenhout, a former professional cyclist in town for the event.

Moerenhout, who just landed from the Netherlands, was candid about saying that Europeans had to Google "Richmond" when they heard where the races would be held; they haven't been held in America since 1986.

"I had to look it up where is it exactly," Moerenhout said.

While traffic congestion and business closures have been anticipated for months, and many a business have complained about the impact of the races, other businesses are optimistic they will benefit from additional traffic.

Comfort is one restaurant in Richmond actually expanding hours, opening for lunch on weekends for the first time during the event.

"This is definitely a big business opportunity, we are going to stay open," said Troy Dewees, a chef at Comfort.

RVA News had a listing of other restaurants extending hours or adding lunches.

McCormack’s Whisky Grill and McCormack’s Irish Pub will both be open for lunch, as will Amour Wine Bistro, Savory Grain, Saison, Comfort, and ROX. Ellwood’s will open a satellite coffee/juice situation at Plant Zero, Pasture will have some grab-and-go options, and Secco will be offering screw-top (thank the heavens) wine at retail prices. Many other restaurants will have extended hours, including Olio (open by 7:00 AM for breakfast!), Fat Dragon (11:00 AM – 12:00 AM on September 19th and 20th), and Bruxl (11:30 AM – 11:00 PM on Saturday, September 24th and “all day” Sunday, September 25th…expect many Belgian fans). There are tons more of these, so just check your fave place’s Facebook and make a note.

Taxi cab drivers are also looking to capitalize on an influx of tourists. Richard Cho says the taxi cab industry in Richmond has been hurting since the arrival of Uber, but he hopes to see a lot of passengers with the races. He also said he plans on handing out business cards to passengers.

"We are mostly going to be around hotels," Cho said.

CBS 6 has also learned a number of services  will be impacted.

GRTC said every route but one will be impacted by the races. Customers are asked to allow for extra time and take advantage of a temporary transfer station behind City hall, in the 900 block of Broad Street.

Greyhound will remain open but divert buses through the back, and up to Westwood when Boulevard is closed on Saturday and Sunday, Sept. 20 and 21.

The Main Library will operate as a police command center, and will close to library patrons from Sept. 16 - Sept. 28.

DMV on Broad Street will close Saturday for the race.