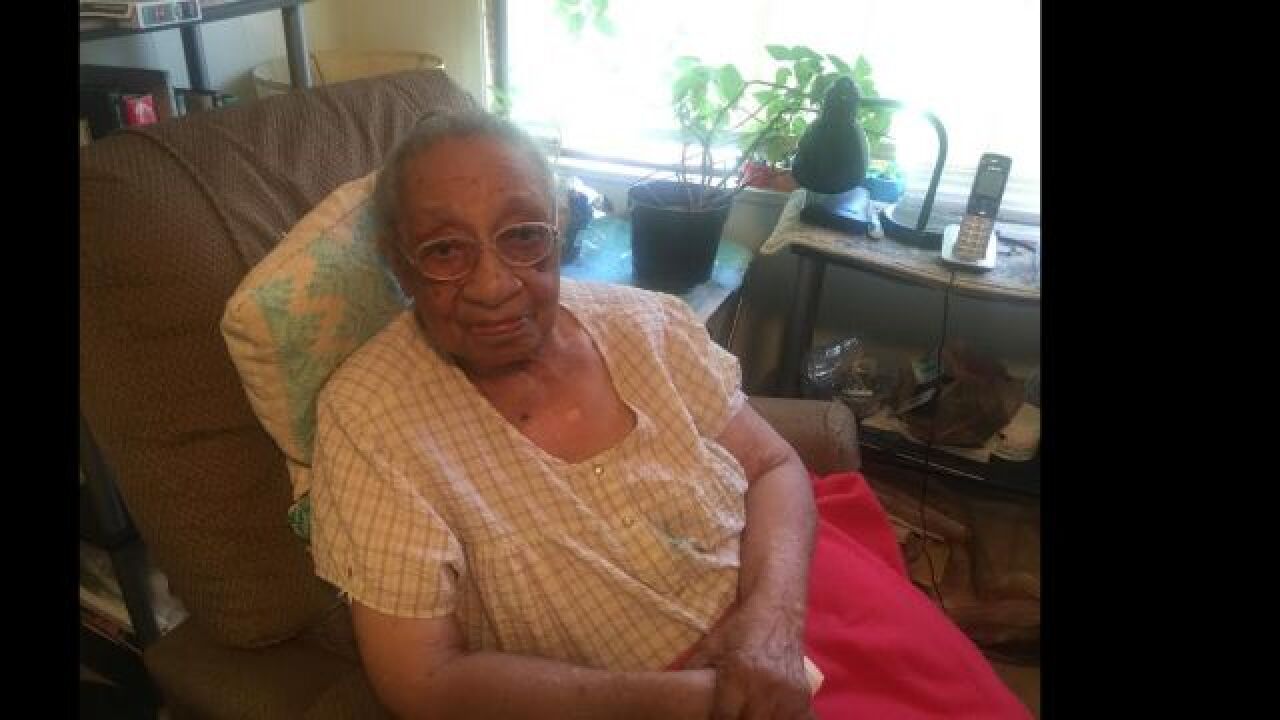 ELBERTON, Ga. — The one thing Genora Hamm Biggs says she knows is true is her love for the Lord.

At 103 years old, she reads her Bible daily, but lately she says she’s had to do some extra praying.

She received a certified letter in the mail from church members.

“And it was not a good feeling,” she said.

Sincerely
The members and officers of the Union Grove Baptist Church.”

“The letter said we’re not to come back, but we went back – police were there,” Hamm Biggs said.

She says Union Grove Baptist Church in Elberton is the only church she’s ever known. She became a member 92 years ago.

“He told police he wanted to put us out, but the police told him ‘you can’t do that,'” she commented.

She says Union Grove Baptist Church’s pastor, The Rev. Tim Mattox wants her banned because she spoke out and told him about things she didn’t like.

“He’s a holy, sanctified minister – we are Baptist and he has divided the church,” Hamm Biggs said.

She said he’s not following the covenant of the Baptist Church and is trying to change the denomination to a Holiness Church.

“I haven’t seen anything like this before,” she said as she shook her head.

And there are former members who support her.

He used to be a deacon at the church and said the Hamm Biggs’ family founded the church.

“They brought it here on a mule and a wagon from the country when I was a little boy,” Land said.

He grew up in the church too, and was a member for 56 years before he left.

“Every time I would get up, the pastor would get up and make remarks when I sang and stuff. So, I just got my hat and I left,” he said.

And although Hamm Biggs still has her name etched on the side of the church, she says it’s the emotional scars that hurt the most.